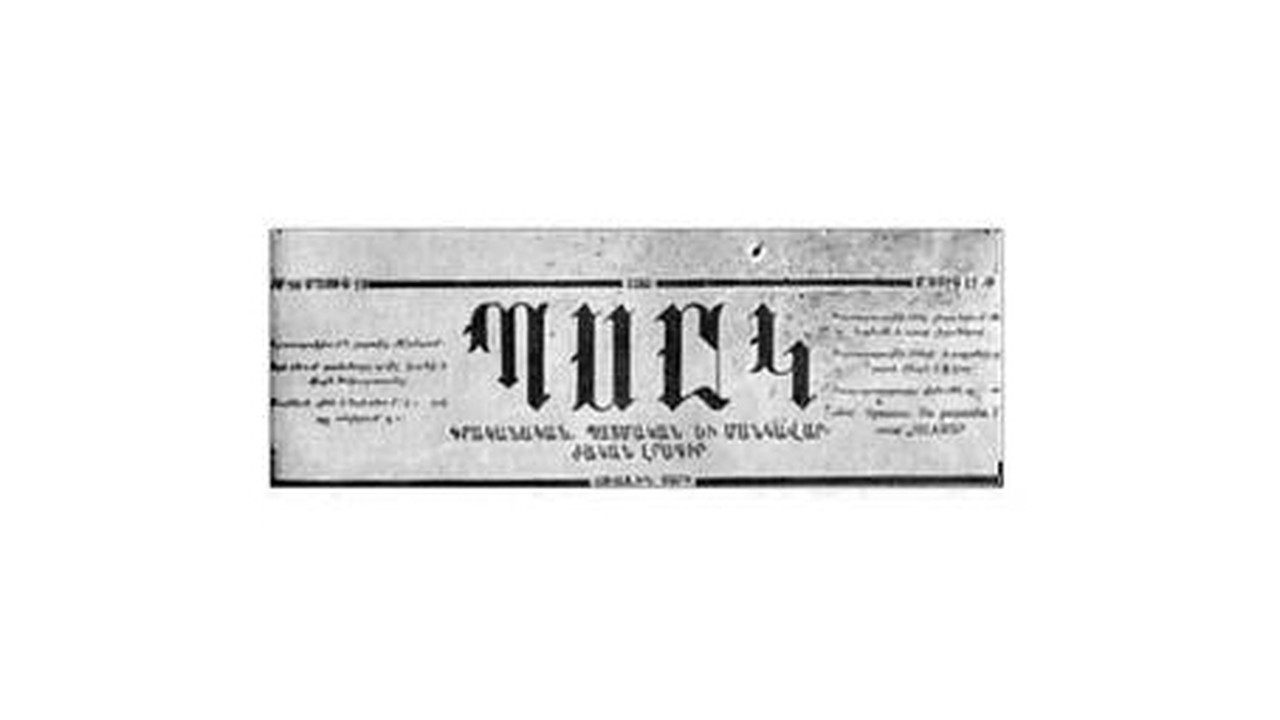 In the period of Persian leadership the cultural life of old Yerevan was neglected and there were no printing periodicals. After deliberation from the Persian oppression old Yerevan began living its new special life: schools, seminaries, publishing houses were opened, newspapers, books came out.

The first newspaper of Yerevan was the "Psak" ("The Wreath") which was published on March 15 1880 and was printed till April 7 1884. The chief editor and the published of the newspaper was the well-known cultural worker Vasak Papajanyan, a man devoted to his work whose democratic ideas later found their respond in other newspapers of Yerevan.

From the very first flimsy the newspaper paid much attention to highlighting of the life of the city. Sоmеtimes they published correspondences, various news, reports on the city events, articles on the discussions and decisions of the municipal Duma, feuilletons. The health care block of Levon Tigranyan took a separate part.

A correspondent of the newspaper wrote: "We want the "Psak" to serve as the voice of the people, speak for the society, show impartially the problems of workers and townspeople worrying the society, strike at those who split the society..."

The contents of the "Psak" was rather diverse: the municipal Duma, public life, events, art publications targeting at accustoming the residents of Yerevan to the works of literature. The brave character of the "Psak" was regarded by the tsar’s literature critics rather negatively and in 1884 it was closed.

After closing the newspaper no periodicals were published till the end of the first decade of the XX century excluding narrow specialized "Health newspaper". This newspaper was issued from 1881 till December 1884 and highlighted only the issues of health to spread the achievements in the field of medicine. It was written in the title of the newspaper: "Medicine is used even by savages but health care is applied only by educated peoples".

In 1883 "Yerevan advertisements" newspaper was issued and the editor of it the actor, public figure, playwright Emin Ter-Grigiryan. The newspaper was published weekly from January 1883 till 1885; later under the pressure of the literature critics it used to come out in Russian till 1917.

The flimsies both in Russian and Armenian were of public interest, each was full of humour and wittiness. The members of the municipal Duma were sometimes criticized. The newspaper always highlighted charitable events presenting the list of people showing support in the building of the new church of St Gregory the Illuminator.

At the beginning of the XX century "Hrazdan" newspaper came out in Yerevan and its editor and publisher was Poghos Kandurlyan who was the author of the most of the articles. The contents of the paper mainly included the city life and economy. "Hrazdan" was published till 1909.

The newspapers in Russian ("Erivan province bulletin", "Erivan gazette") were published during those years and they had a diversity of contents highlighting achievements in the sphere of science and technology.

In 1911-1912 the weekly periodical "Nor dzayn" ("New voice") was published in Yerevan and its editor was Abgar Ter-Abramyan. "Yerevan announcements" newspaper greeted the issue of the publication: "We’d like the local society considering itself a very intelligent and devoted to literature and journalism to unite with Mr Ter-Abrahamyan and take the "Nor dzayn" forward to make the periodical a continuous and necessary voice of the province".

Bu in spite of these words the newspaper wasn’t published for a long time and was closed in 1912.

In 1908 the newspaper of Mushegh Bagratuni the "Kran" ("Hammer") came out becoming the follower of its predecessors. The articles were devoted to the problem of elimination illiteracy and referred to the number of other problems. Since 1913 the "Kran" led by Mushegh Bagratuni nad come out under the title "Nor mamul" ("New press") with three-day intervals and gained more humorous character.

The next newspaper issue from 1913 had a social-democtatic derection and was titled the "Khosq" ("Speech").In the editor's article A. Melikyan noted: "Our life really becomes more complicated, the unified people has so many stratifications, economical relations become so hard that the reading public can’t be satisfied with one newspaper".

The "Charagayt" ("The ray") has become a result of the troubled times and its editor was Misak Hovhannisyan.

In 1914 the life was boiling and the newspapers replacing one another were not able to give formulations and analyze the situation.

By 1920 28 names of newspapers and magazines had been published in Yerevan, many of them had a very short life but had their contribution to the issue of making the social and political life of the city and the province more precise and understandable.

Researcher at the Yerevan History Museum

Archeologists found Aghvesaberd (Fox Castle) cyclopean masonry dates back to the 2nd-1st millennia BC. Aghvesaberd is situated in Nor Nork 1st massive, not far from the Yerevan Zoo, in the Avan Gorge. 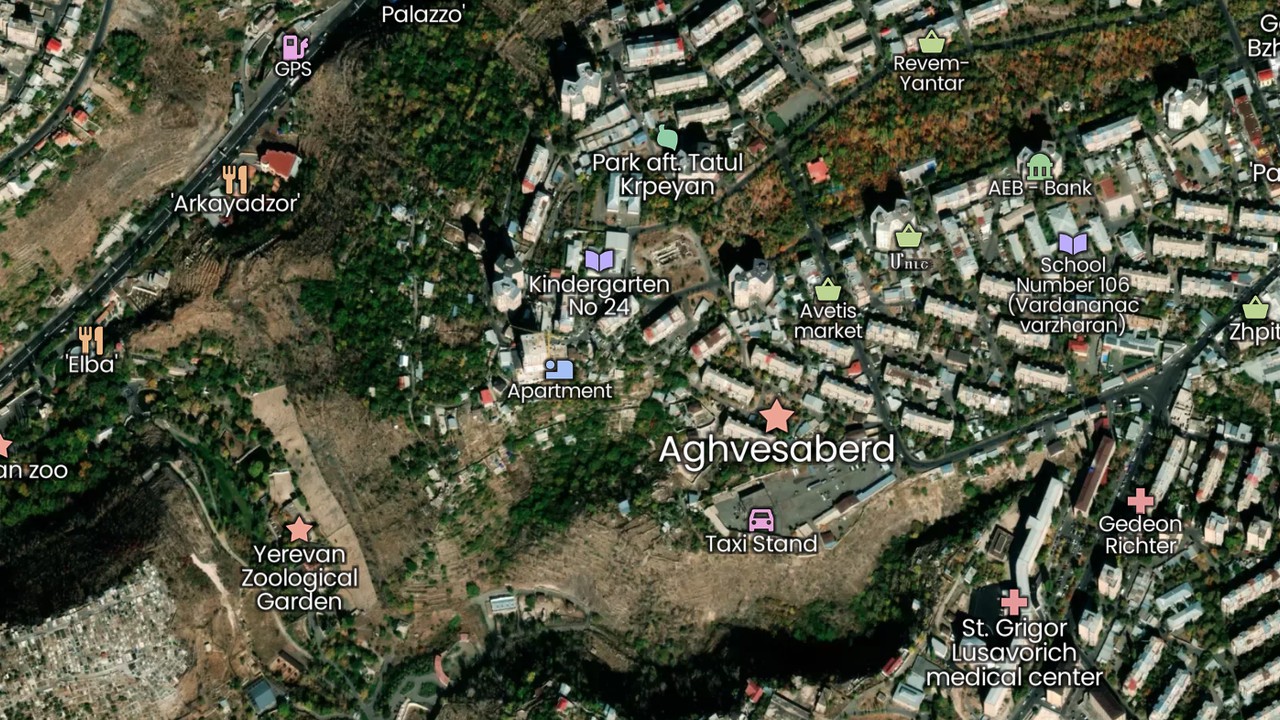 The Amenaprkich khachkar (cross stone) was erected in Kanaker in 1265. It is among the few that withstood the devastating earthquake of 1679. 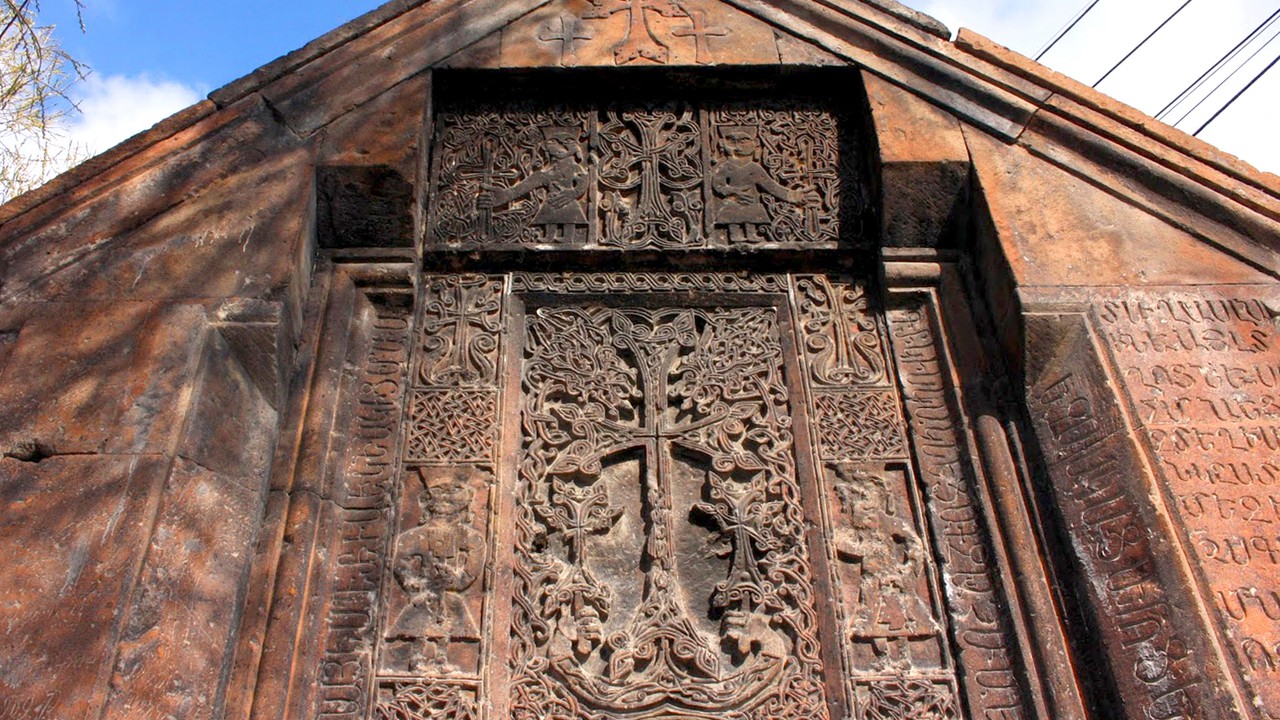