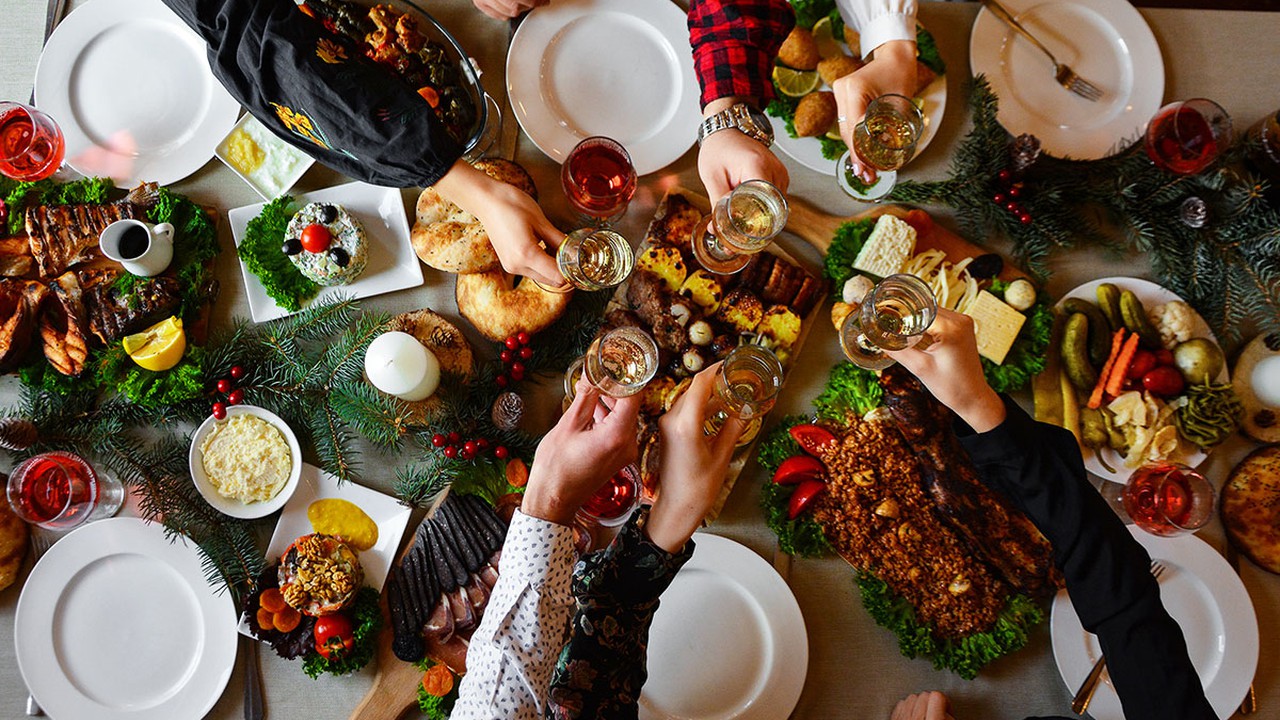 Armenian cuisine is one of the oldest. Armenian culinary traditions date back to ancient times and the recipes of many dishes have not changed for millennia. A lot of spices and aromatics are frequently used in Armenian food, such as black pepper, cilantro, mint, tarragon, basil, thyme, garlic and onion. Meat dishes are very popular in Armenia. The star is khorovats (barbecue). It is usually made with pork, but sometimes with lamb or beef. It's very simple, just marinated meat grilled on hot coals. Despite its simple recipe, a really tasty khorovats is made exactly in Armenia.

Another popular local dish, dolma, is made from minced meat with rice and spices and herbs. In the spring, it is wrapped in grape or cabbage leaves, while in the summer and fall, it's stuffed into apples, quinces, aubergines, peppers, tomatoes and other vegetables. Actually, there is one more kind of dolma called pasuts (Lenten), which as you might guess, is vegetarian. In this version, cabbage or other vegetables are stuffed with a mixture of beans and grains.

The Sevan trout and Sevan whitefish are special delicacies. They are local fish species that are prepared using dozens of recipes. As far as snacks go, basturma (a sort of dried spiced meat jerky) and sujukh (a spicy sausage) are loved everywhere.

Lavash, the Armenian national bread, is a thin flatbread made without yeast.

All the subtleties of Armenian cuisine can be learned in numerous restaurants of Yerevan. 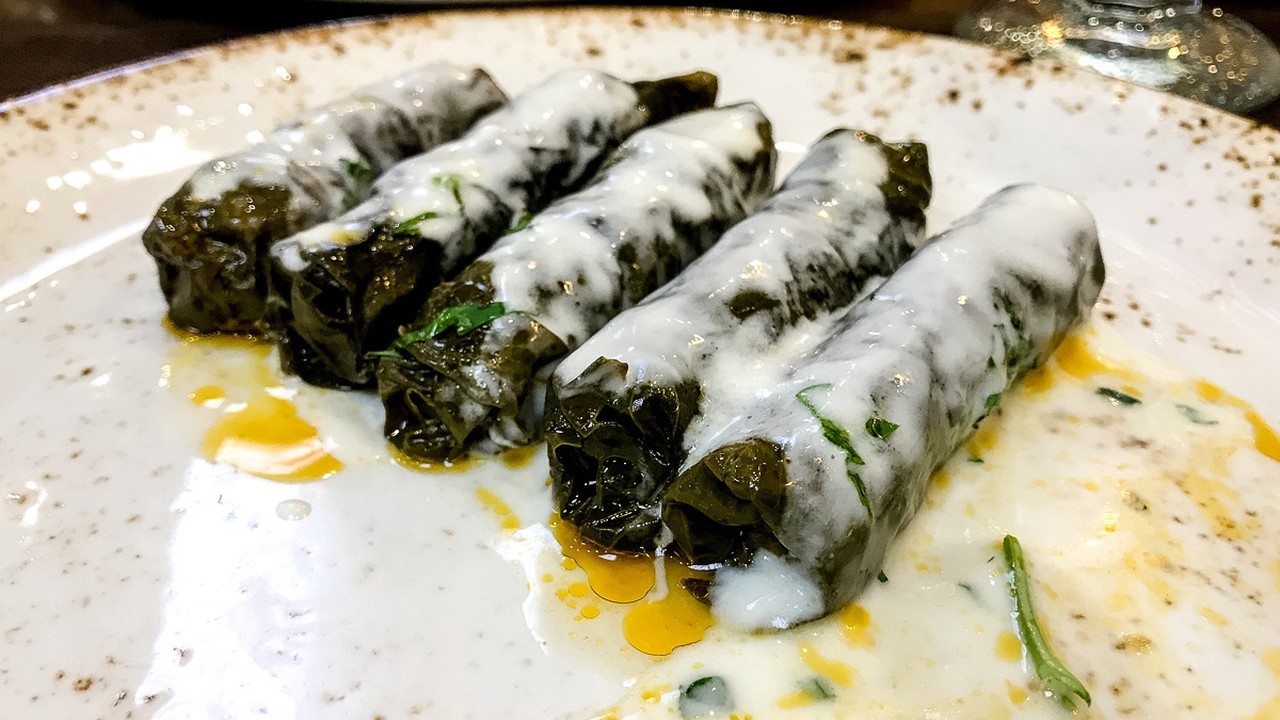 Dolma is an ancient dish. The Urartian word "toli" means a grape leaf, hence the Armenian name for the dish "tolma" or "dolma". The dish is found in different national cuisines, and each has its own options for making dolma. Armenian dolma (rolls) in grape leaves is mainly prepared on the basis of rice or cereals and boiled minced meat (beef, lamb and / or pork) stuffed in the leaves.
This is one of the most popular family dishes in Armenia, no table will be truly festive without dolma. Usually the dish is served with yogurt and chopped garlic. 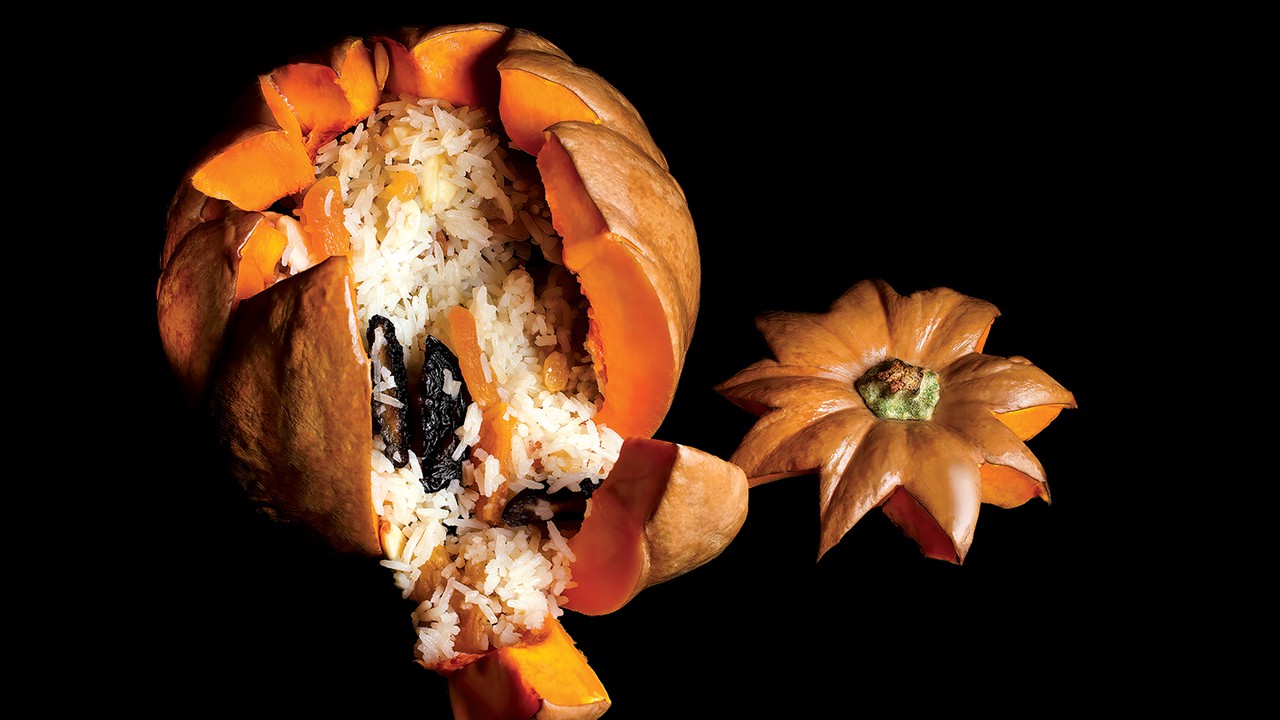 Ghapama is an Armenian stuffed pumpkin. According to national traditions, ghapama was served at the wedding table as a symbol of abundance.
Ghapama is made by removing the pumpkin core. The top of the pumpkin is cut, separated as a lid, and the pumpkin itself is used as a pot. Pumpkin seeds are removed with a spoon. Pumpkin stuffed with undercooked rice, fresh fruit, sour-dried fruits, chopped walnuts. You can add honey or sugar to the filling and season it with cinnamon.

The walls of the pumpkin should be rubbed with butter from the inside and more butter should be added on the top. The core is not filled to the brim, as it increases in volume during cooking. Cover the pumpkin head with a cuted lid and put it in the oven.

Pumpkin is cooked until soft, then served. Before using, the pumpkin is cut into pieces from top to bottom.

The dish is usually served with melted butter, honey or dried fruit. 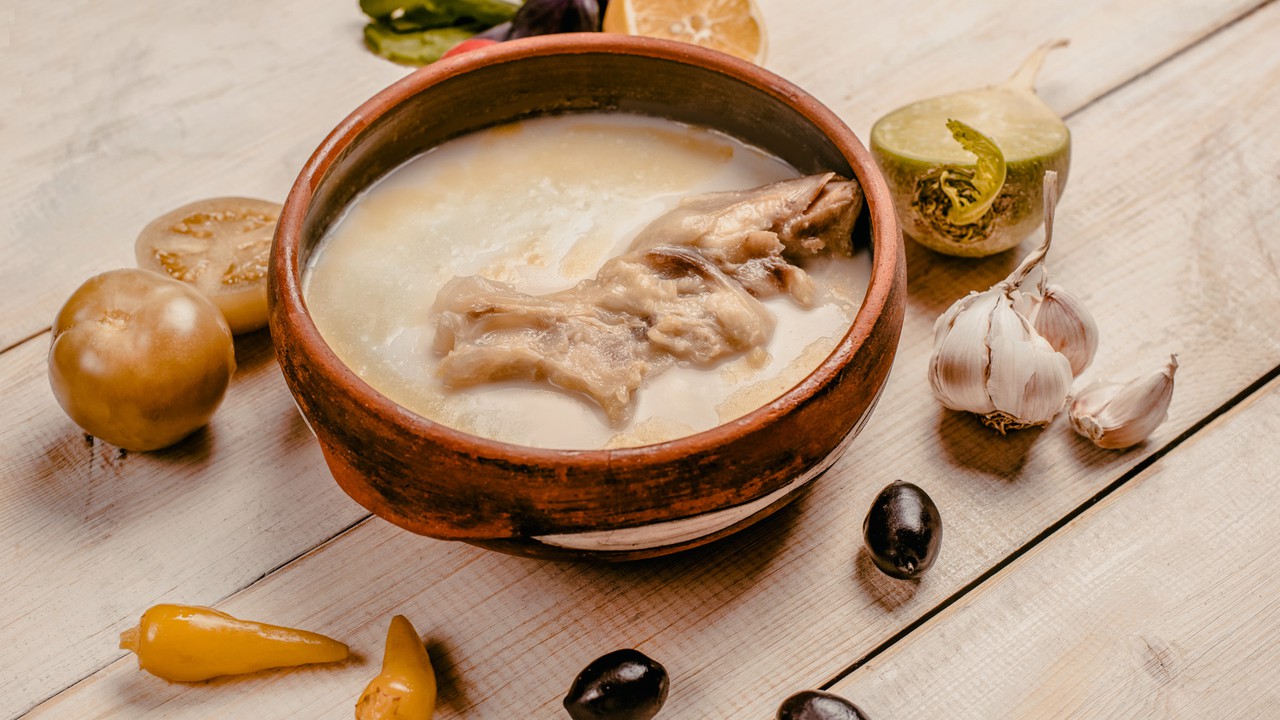 Khash is a liquid hot soup, one of the ancient Armenian dishes. The name "Khash" originated from the Armenian word "khashel", the names of other dishes (khashlama, khashu, khashil) originated from the same word. In Armenian literature, broth is referred to as "khashou" or "khashoy" since the 11th century, for the first time in the work "Relief of Fevers" by Grigor Magistros.
Making khash is a whole ritual, when men gather in the evening and cook the food on a low heat all night.

Beef legs are mainly used in the preparation of khash. The dish is traditionally eaten early in the morning, before breakfast, or instead in the cold weather of the year, in autumn, winter and early spring.

The dish is served with chopped garlic, salt, radish, pickles, various greens. Dried lavash (flatbread) is ground in broth and a plate is covered with soft lavash, opening a corner during the meal so that the food does not freeze quickly. With khash it is preferable to drink vodka from alcoholic beverages, often homemade vodka, which is stronger than the factory ones - about 60 degrees. 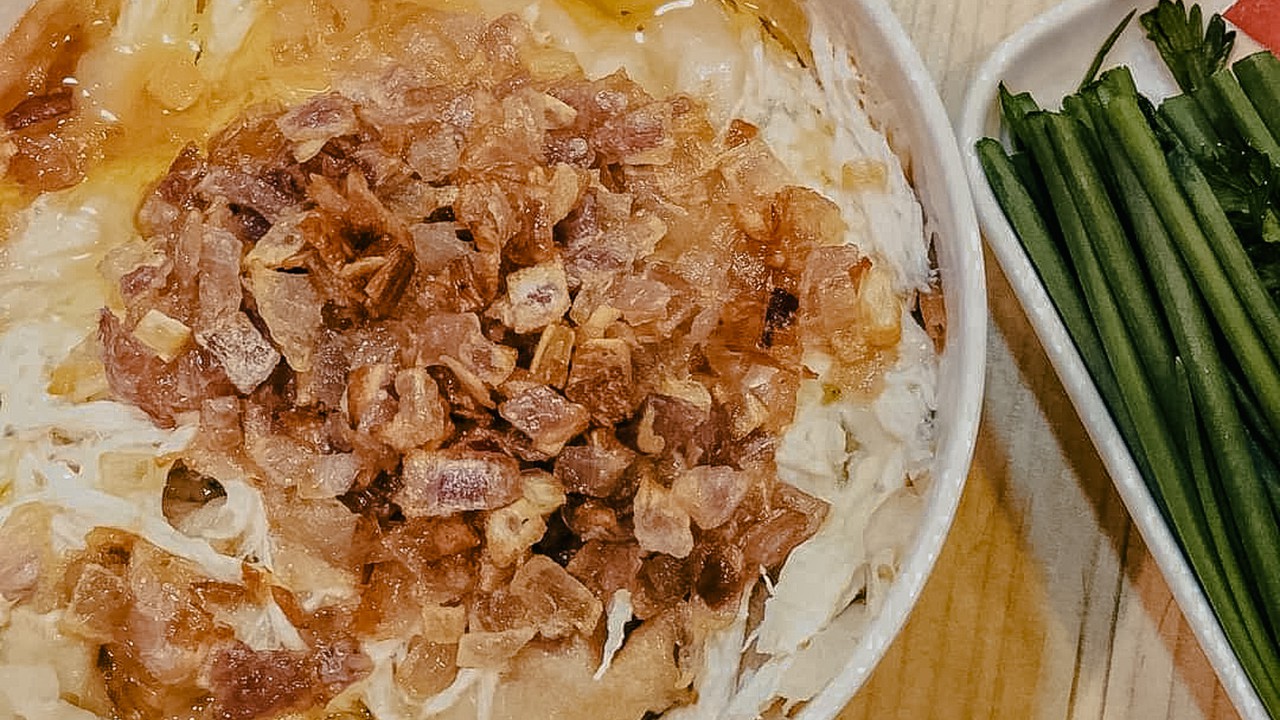 ''Panrkhash'' is an old Armenian national dish, which is very typical to the people of Shirak region.
This dish, like other traditional dishes of Armenia, has a unique way and ritual of making, serving, and eventually eating. The name of the dish explains itself. It translates into “boil the cheese” in Armenian. The main ingredient is the very popular “chechil” cheese along with lavash, onions, pure animal fat, and boiled water.

What could be in common between the French and Gyumri poor people who lived several hundred years ago? Their main food is stale bread, onions and cheese. If in France onion soup was prepared from this, then in the Shirak region of Armenia (with the center of Gyumri) pieces of dried lavash, stewed onions and cheese from low-fat varieties of milk turned into panrhash - paneer (cheese) and khash (a liquid hot soup).

The cooking method of ''Panrkhash'' used to vary from province to province, but the key popularity of this dish is telling jokes, tales, anecdotes while eating. 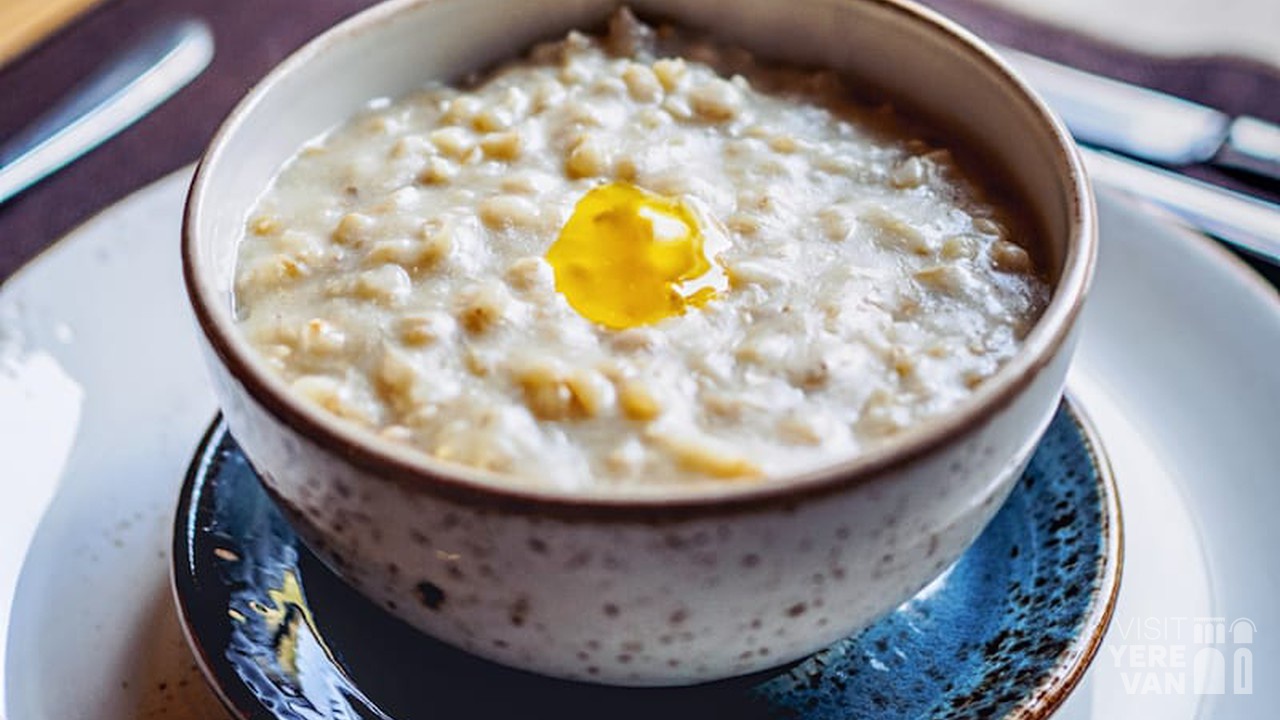 Considered the national dish of Armenia, harissa is a thick porridge made by slowly simmering korkot (dried or roasted cracked wheat) together with fatty pieces of lamb or chicken meat.
When Armenian holy days involved fasting and penance, herbs were substituted for meat in harissa.
Said to have been invented in the Ararat plains, the origins of the dish can be traced back to ancient times. According to the Armenian legend Gregory the Illuminator, the patron saint of Armenia, gave a meal of love and charity to the poor.

There were not enough sheep to feed the crowd, so wheat was added to the pans. He advised: “Harekh! Stir it!” Thus, the name of the dish came from the saint’s own words. Even to this day, harissa is considered a charity meal and is traditionally prepared each year for Easter, as well as to commemorate the Musa Dagh resistance during the Armenian genocide of 1915. During the heroic battle, the besieged Musaler people had wheat and goat meat and made soup with it. Harissa was their only source of food and was vital to their survival.

When it comes to the method of preparing, there are two diverging opinions; one claims it is forbidden to stir harissa until it is cooked all the way, while the other insists it should be stirred as soon as the wheat is half-cooked.

The finished meal is served in bowls, topped with butter, and paired with a side of pickled vegetables and lavash flatbread.