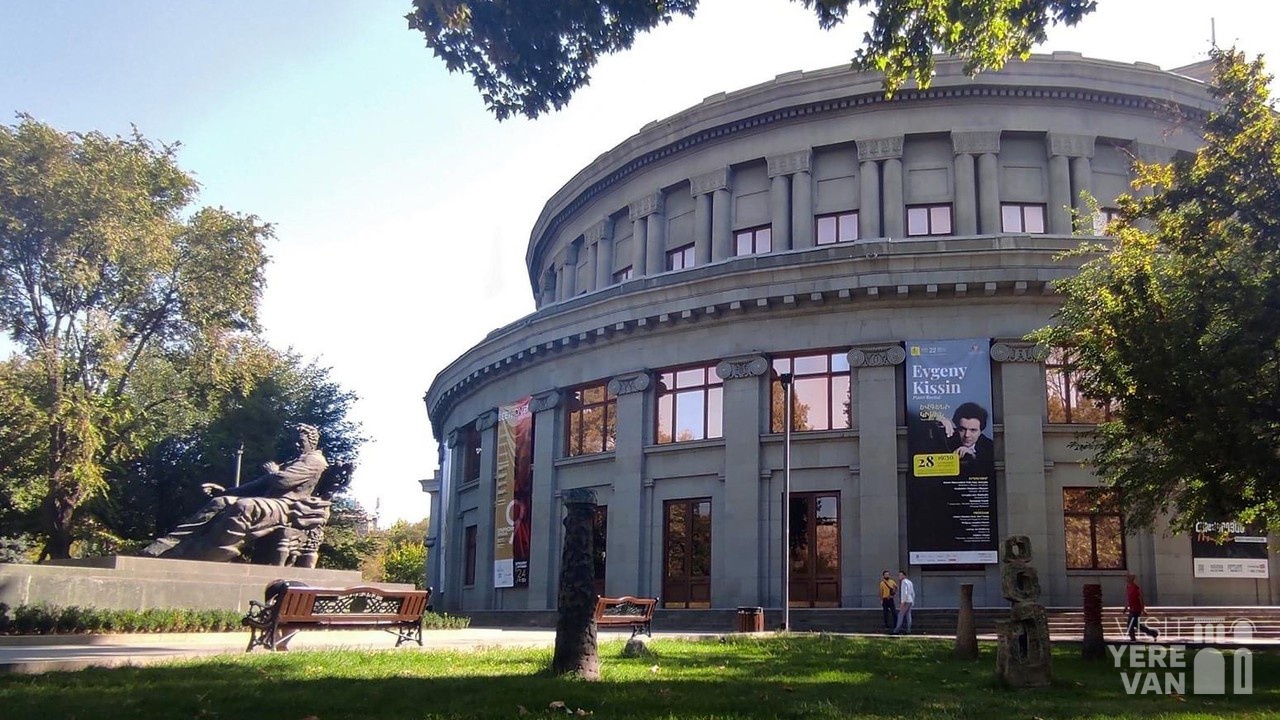 Aram Khachaturian Concert Hall is one of the architectural pearls of Yerevan.

Alexander Tamanian, the prominent Armenian architect, first planned to build the winter and summer halls with two amphitheaters separated by stages. During the various festivities, these two stages would then combine into a hall with a total capacity of 3000 seats.

The plan of the building and its miniature were presented at the World Exhibition in Paris, 1937, and awarded the Grand Prix. Unfortunately, technical problems and conditions, and Tamanian’s untimely death in 1936, prevented the project from being fully realized.

In 1978-1980, the building underwent complete restoration and renovation. Later, the subordinate buildings and dressing rooms were renovated with Armenian marble and elegant wood. The concert hall was furnished with new chairs, the old chandeliers were changed, and modern stage facilities added.

Today, the Aram Khachaturian Concert Hall hosts audience of 1300. Like many illustrious buildings, the initial design underwent considerable change. The unique floor in the foyer, once destined to become the jewel of the hall, was initially to have been built with a double layer of glass. One layer was to serve as a floor for the concert hall and intended to be ornamented like an Armenian carpet. The other layer was to have become the ceiling of the buffet below the foyer, and covered with corporeal (flesh-colored) glass. Chandeliers were to have been placed between the two layers, to light the area of the buffet. Because of a lack of effective laser lighting, this plan had to be set aside.

Some contemporaries of Alexander Tamanian felt that the circle of interior walls of the building should be decorated with various sculptures. On a miniature model of the building (100 x reduced in size), the sculptures did exist but during further work on the plan, Tamanian concluded they were inappropriate.

In front of the concert hall stands the monument to Aram Khachaturian (architect: Yuri Petrossian), erected in 1999 on the occasion of his birthday (June 6). 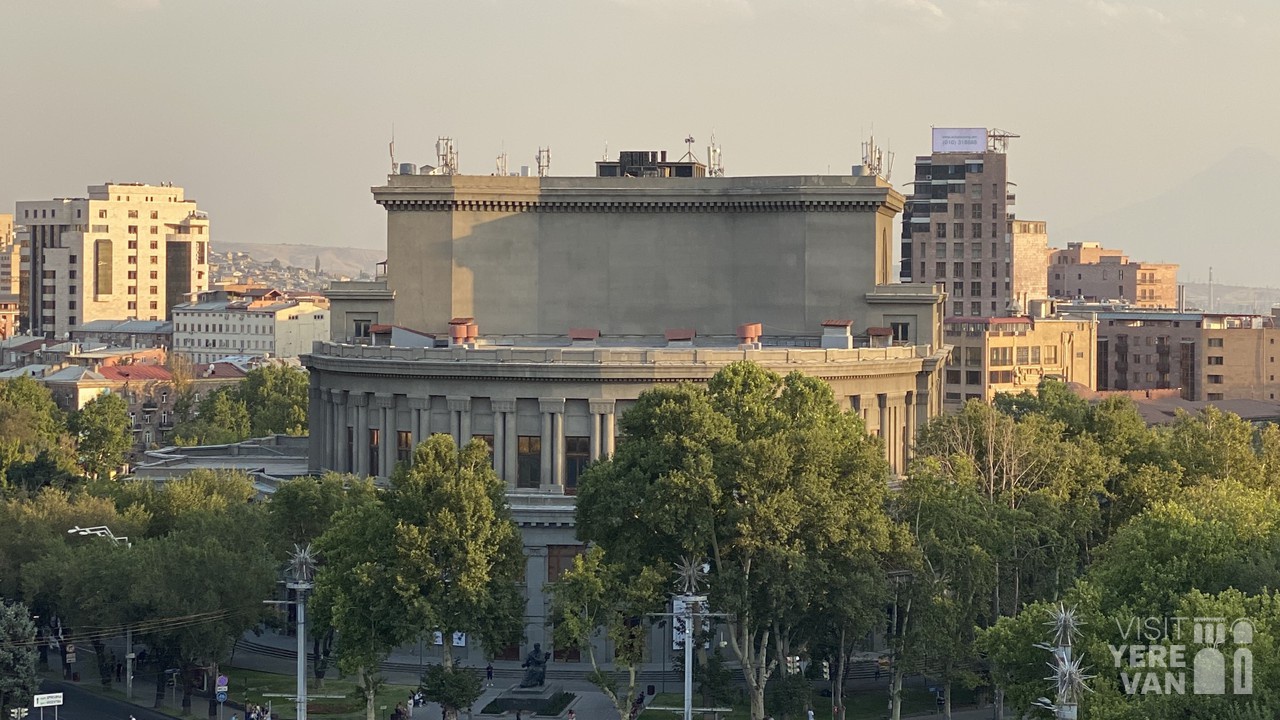 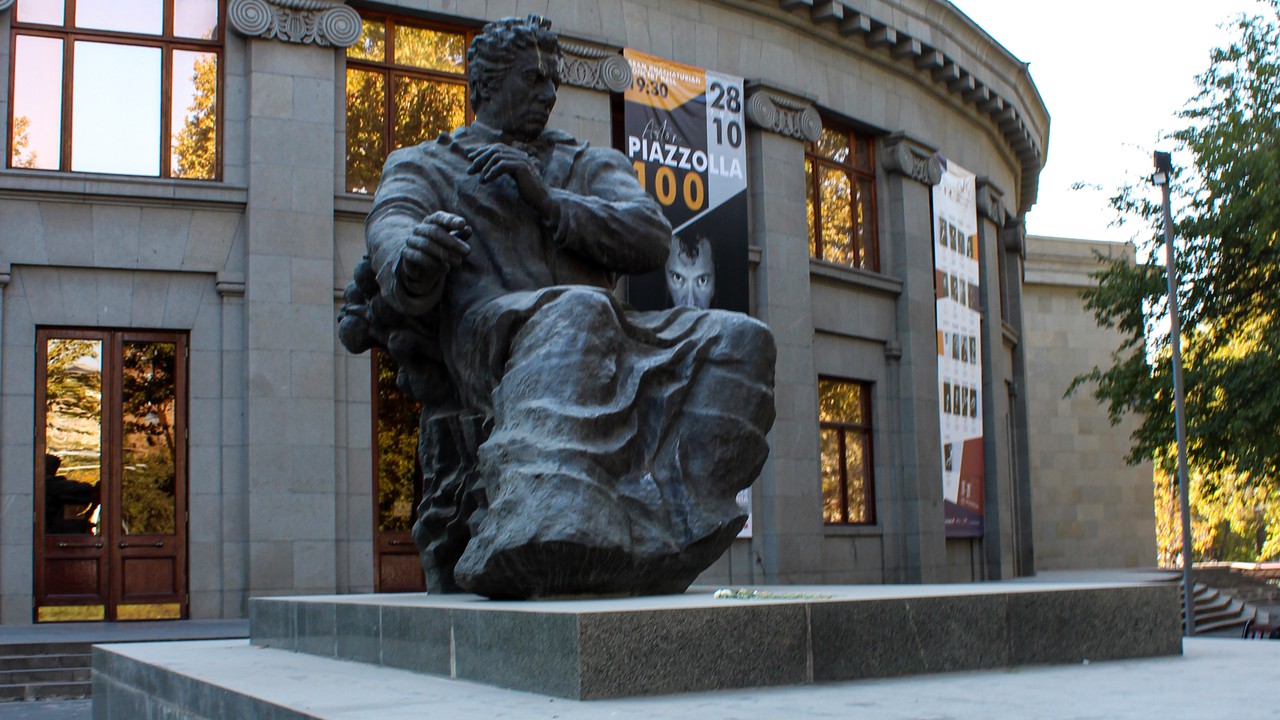 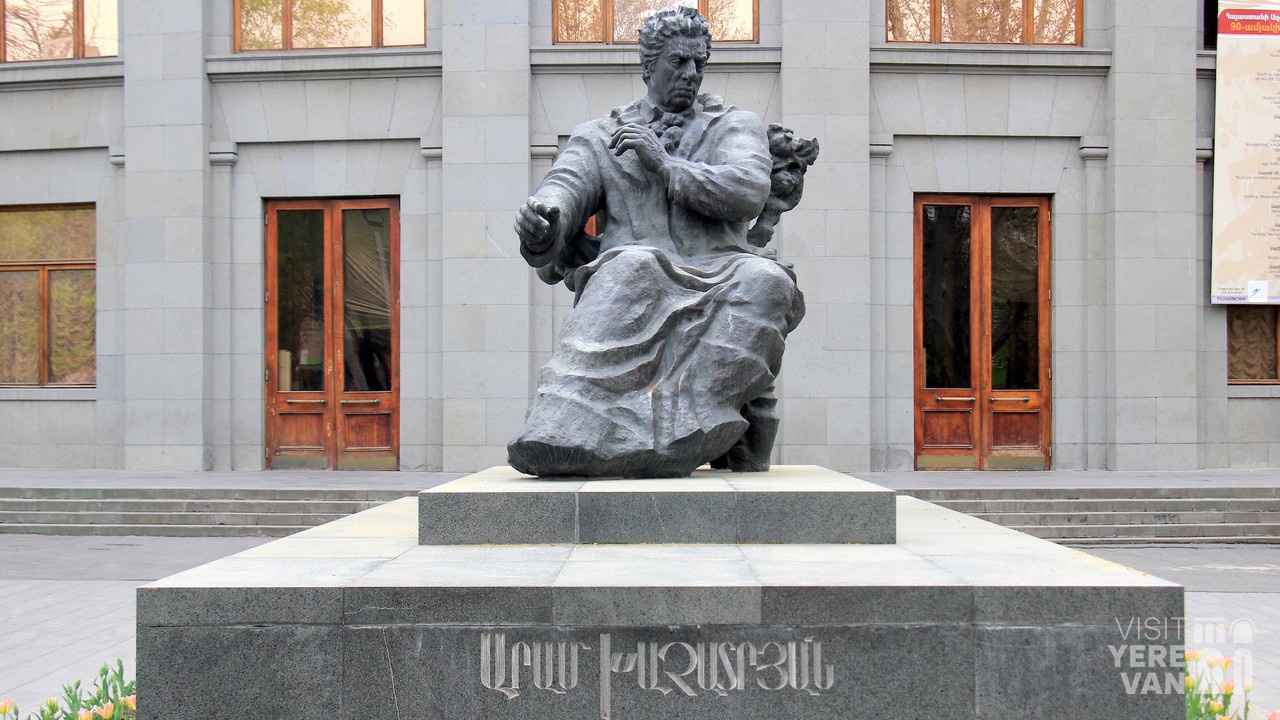 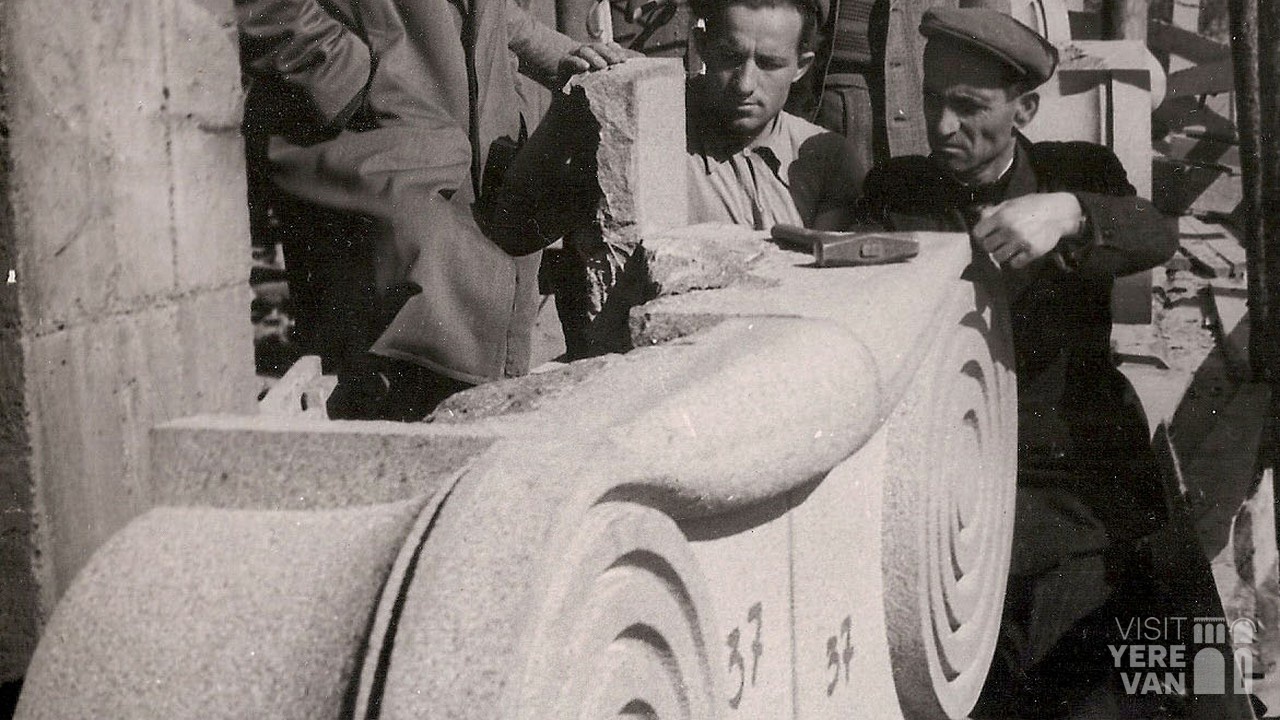 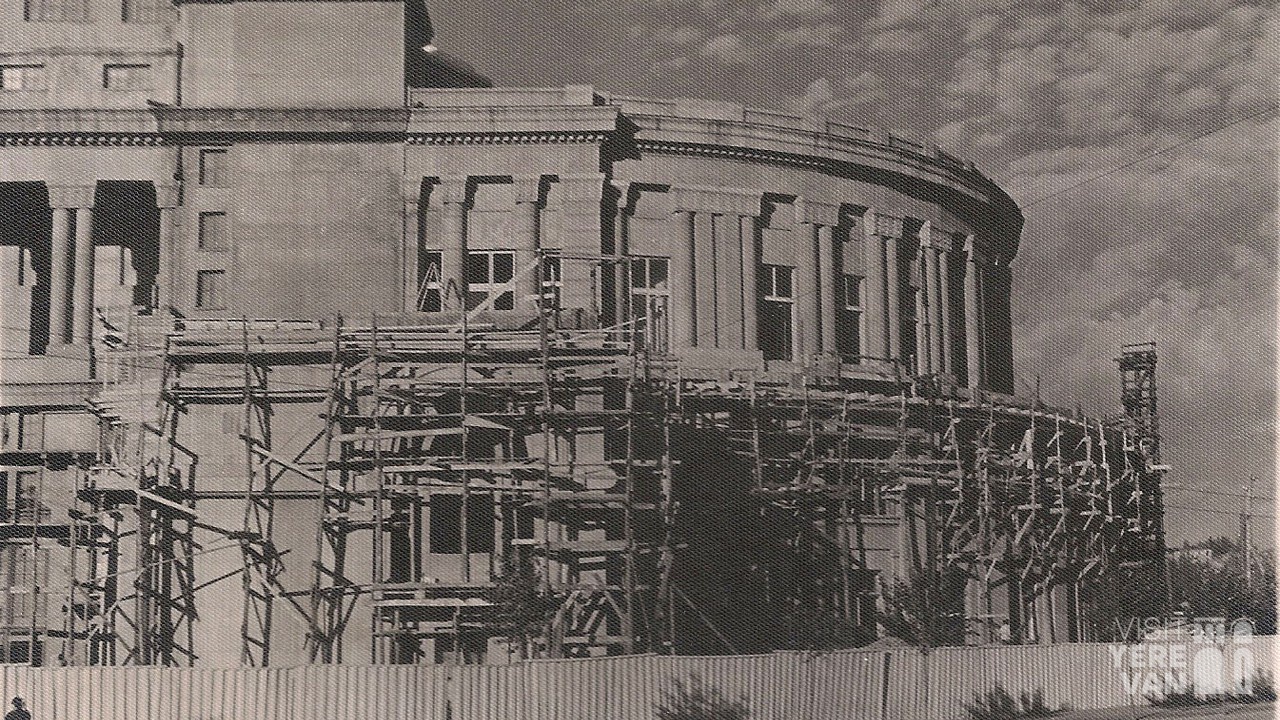 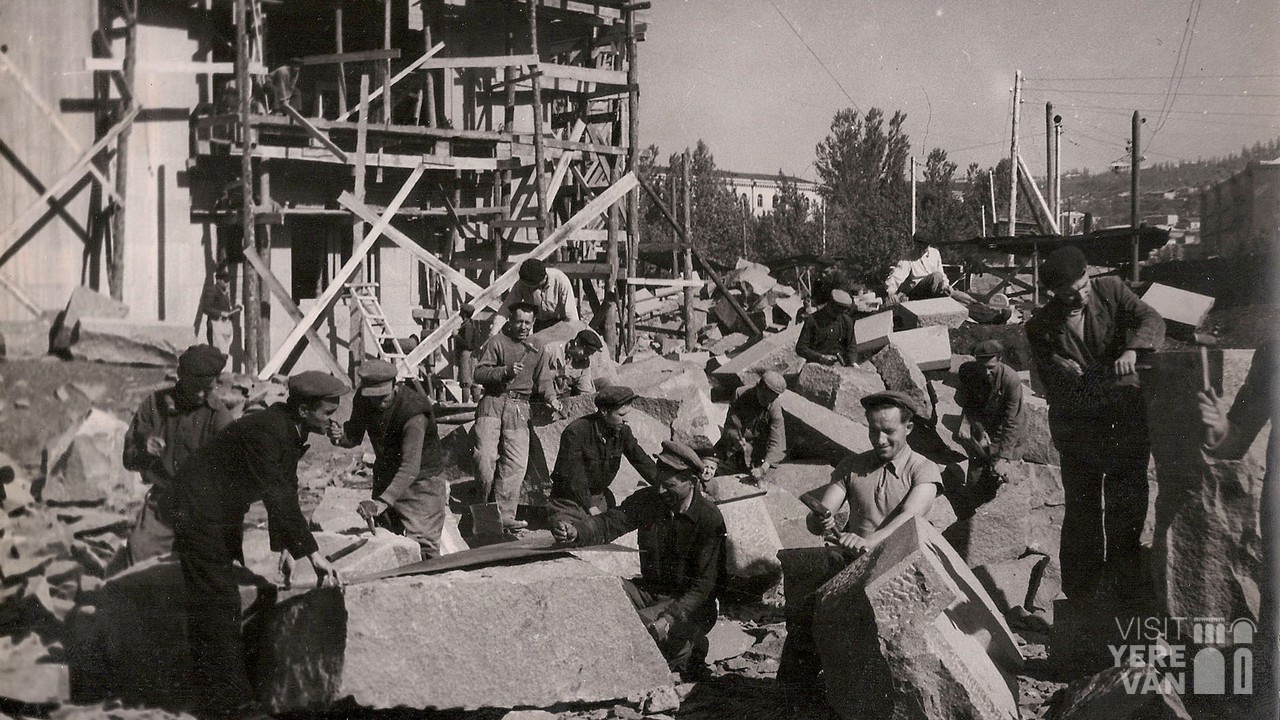 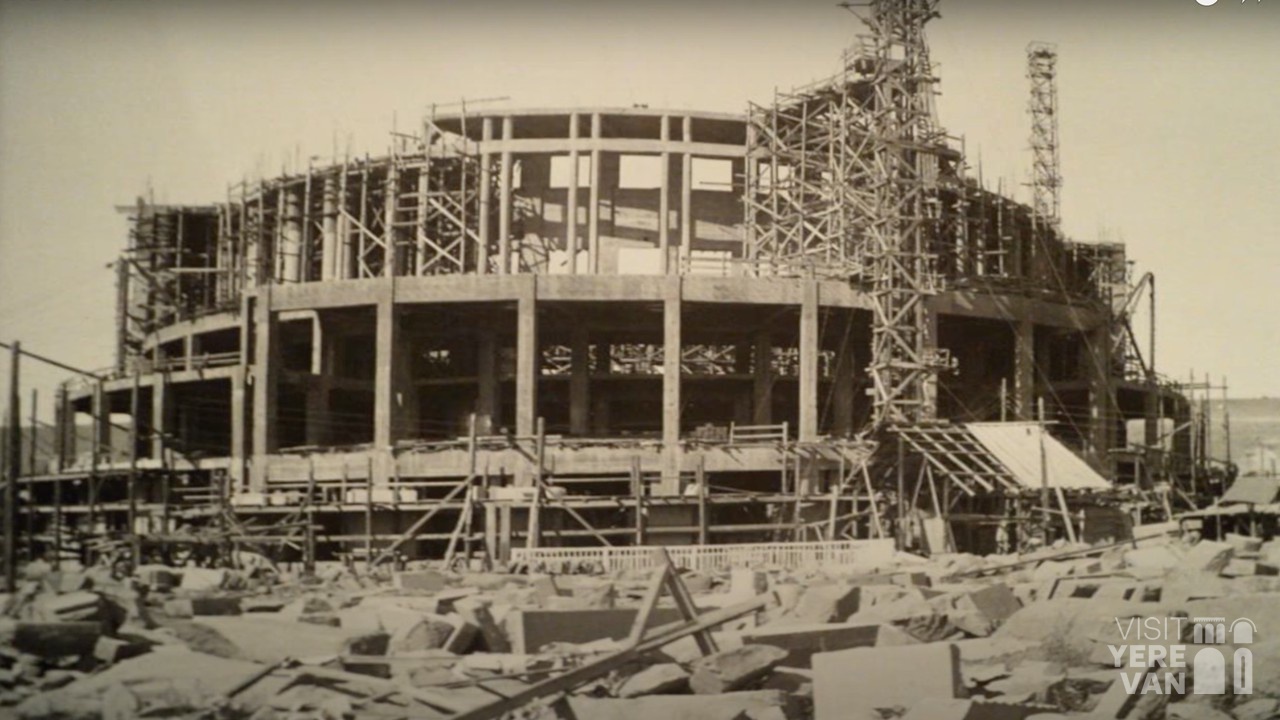 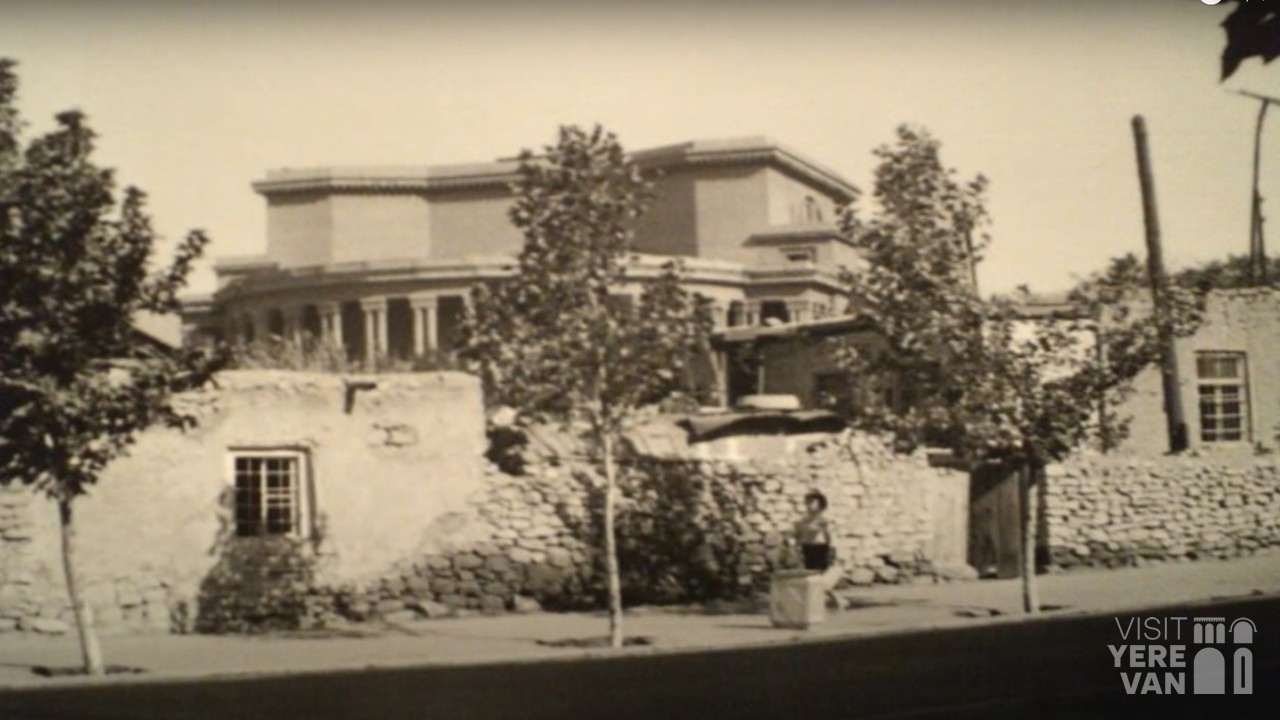 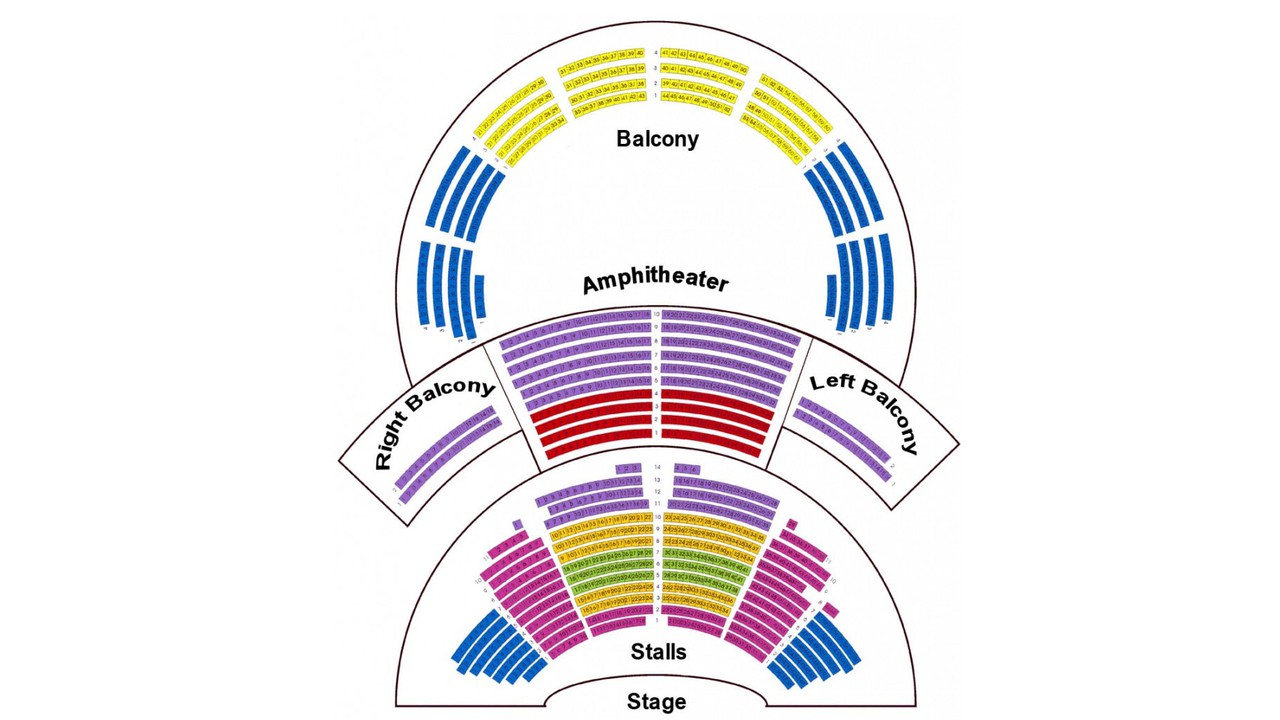 National Academic Theatre of Opera and Ballet after Al. Spendiaryan 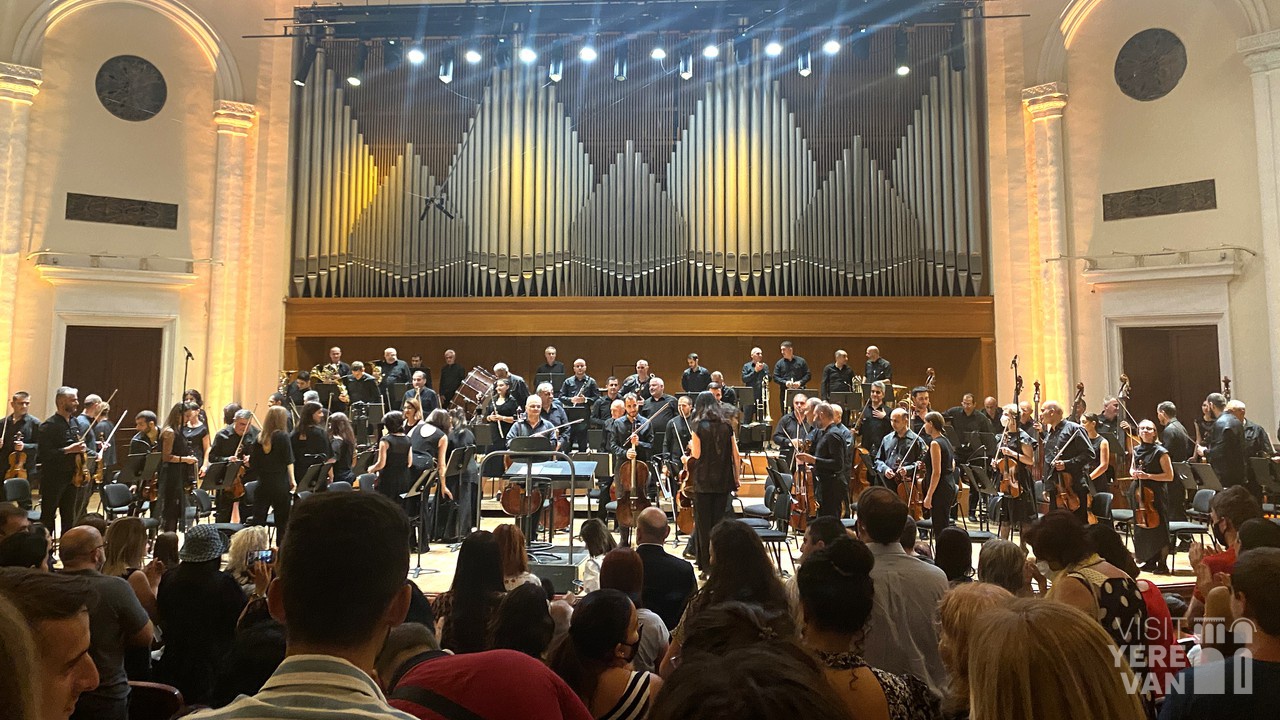 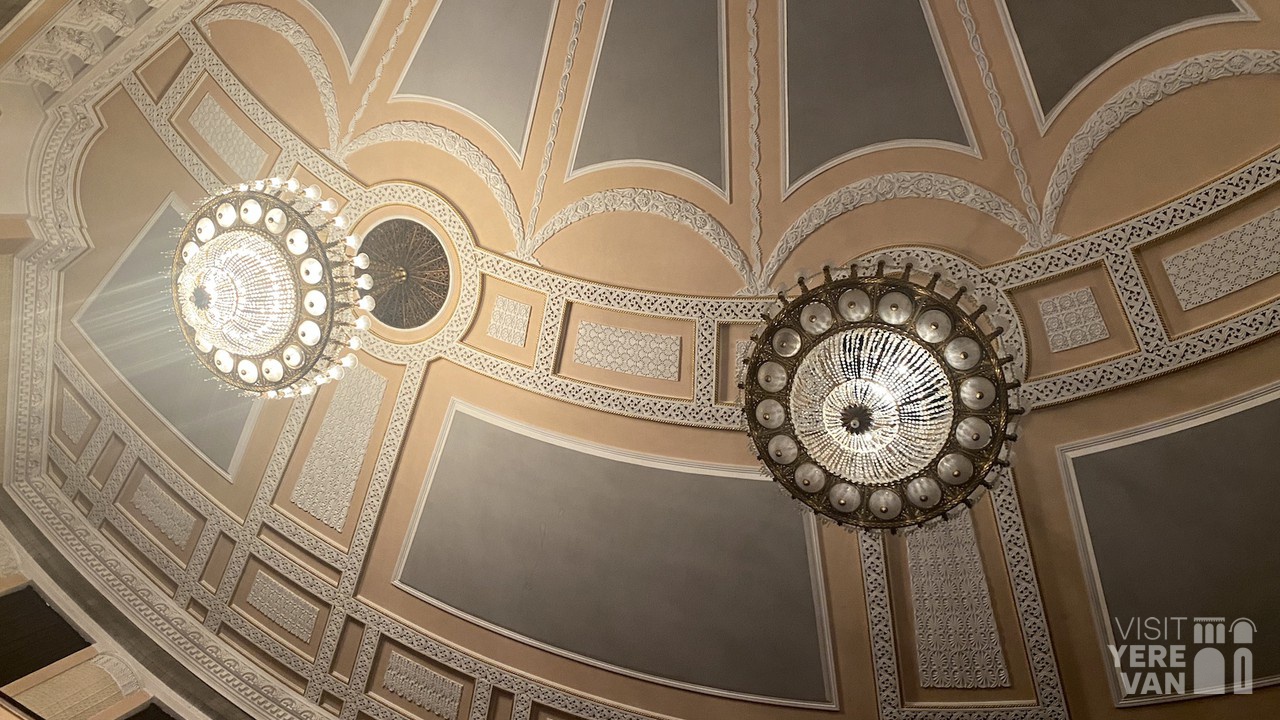 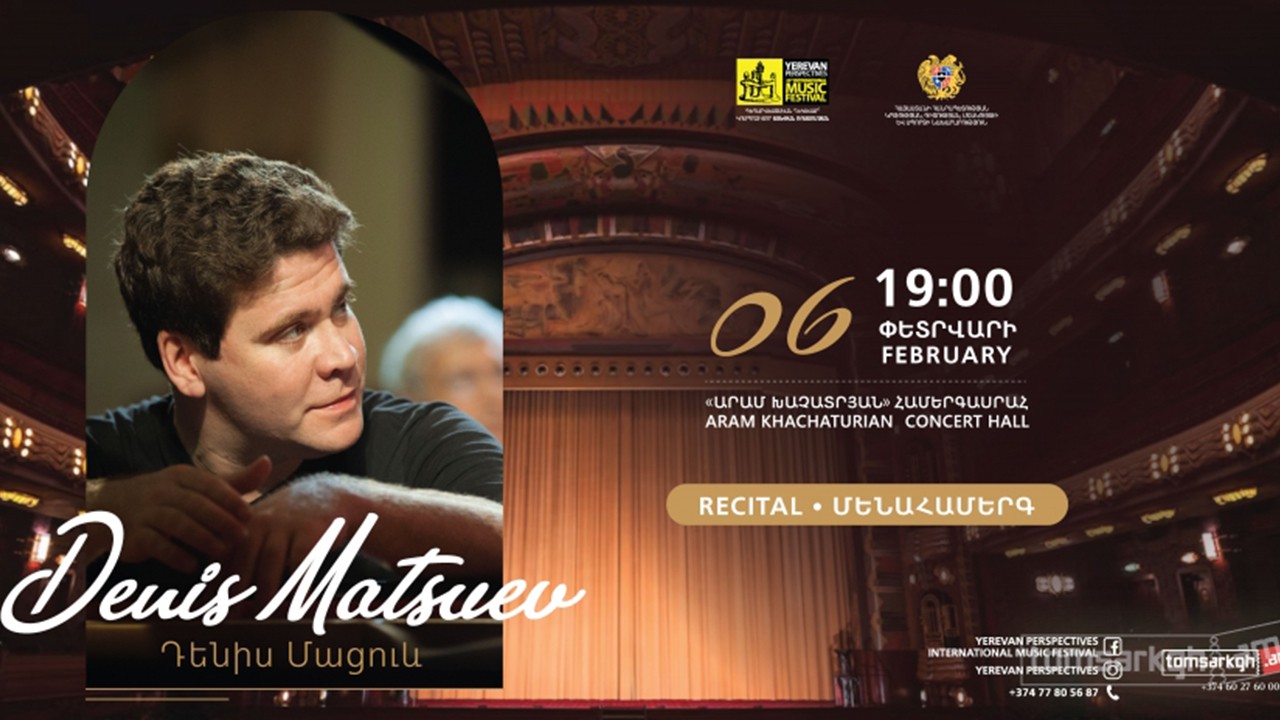 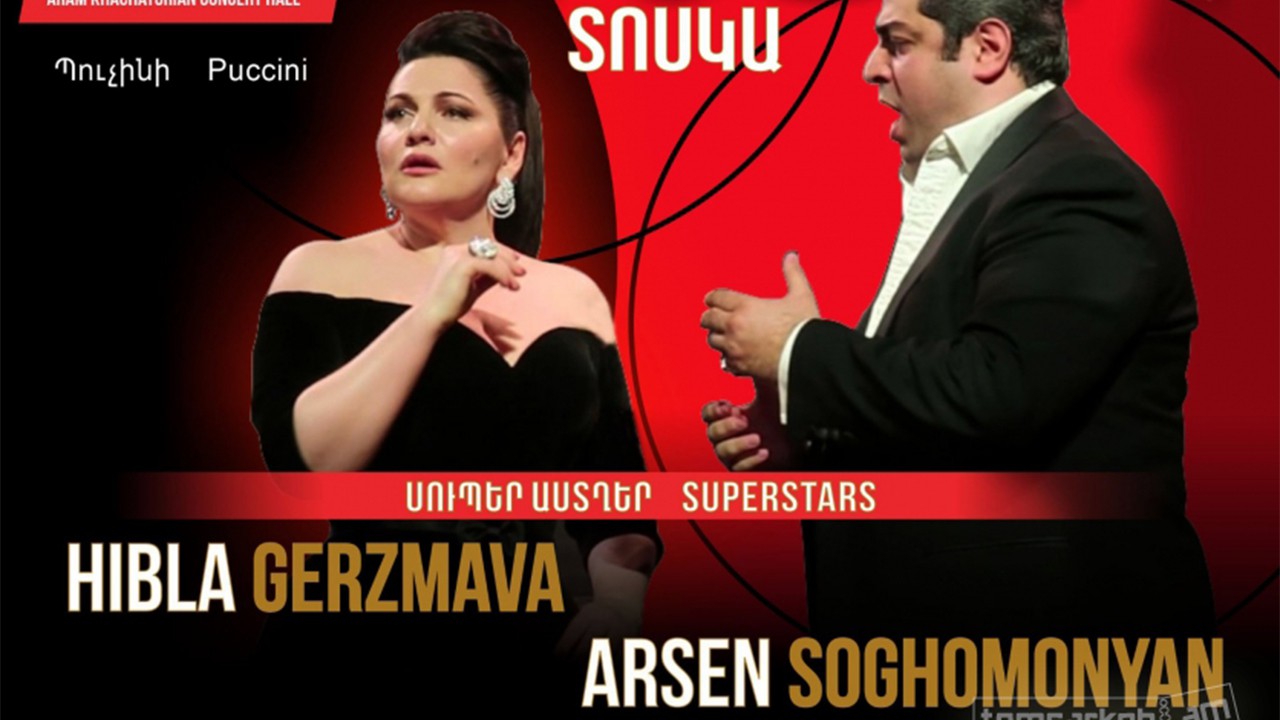 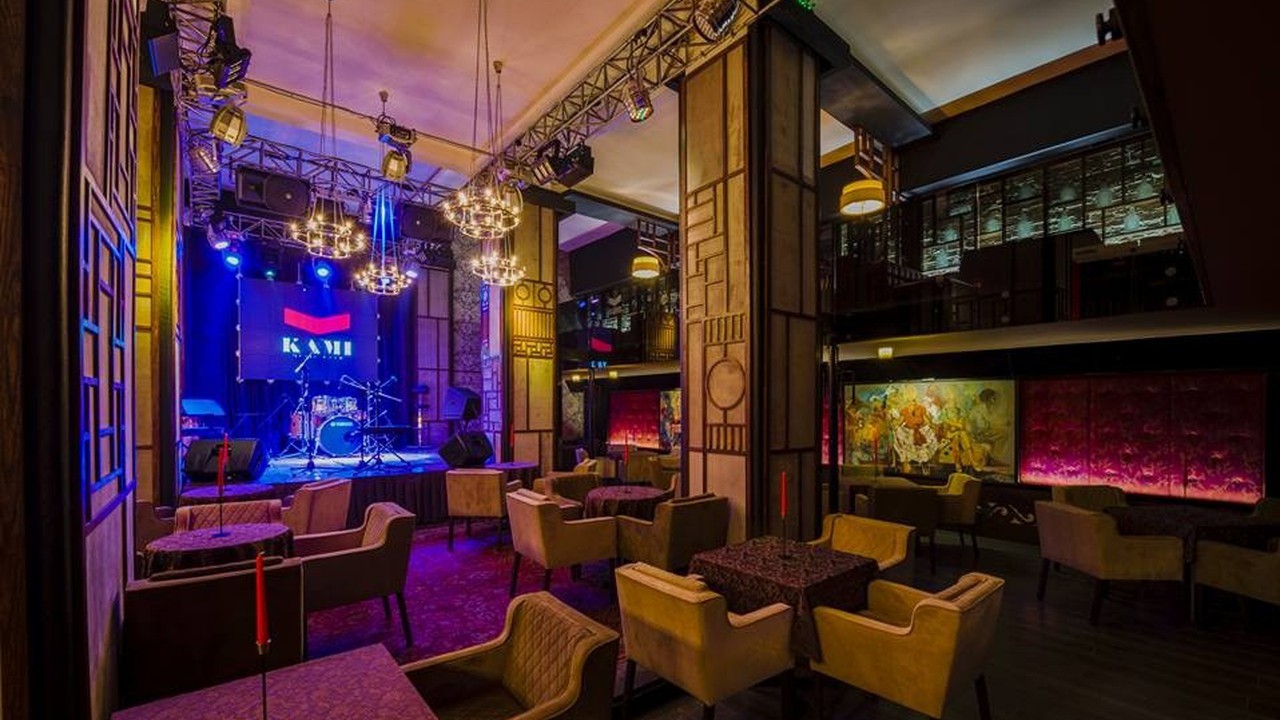 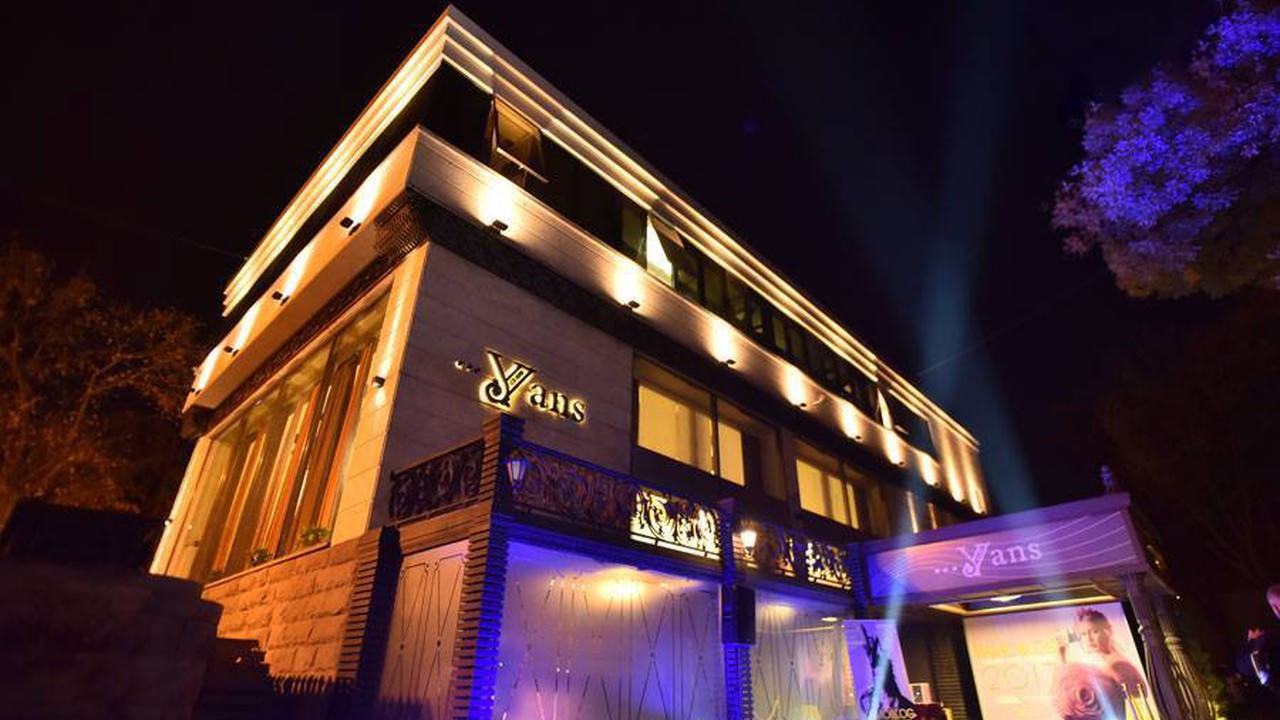