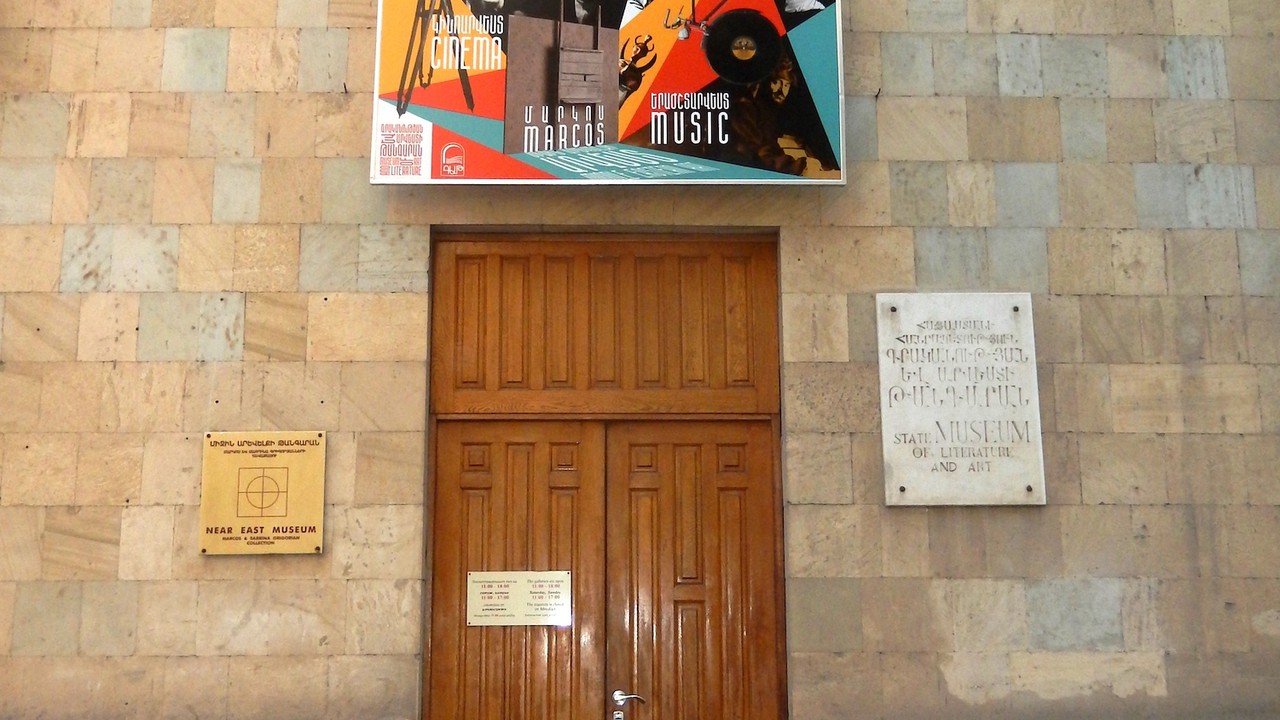 The samples of Armenian literature from Sayat Nova up to contemporary period and the manuscrtipts, letters of art devotees, photos, playbills, phonograms, sculptures, paintings, personal libraries, musical instruments-all these samples are united in the museum.

The Museum of Literature and Art has been operating for a century and is one of the largest cultural centers of the Republic of Armenia. More than a thousand personal archives and collections are kept in the museum nowadays including more than one million museum samples. The exhibition called “From Sayat Nova to Charents” is exhibited in the museum permanently. In parallel with the permanent exhibition various thematic exhibitions as wellas literature and musical parties, lectures, meetings with workers of culture are organized here.

The Museum history begins from 1921. First it was the historiographical department of the State Cultural-historical Museum established in Yerevan. But the museum begins its main activity since 1922 under the leadership of Yervand Shahaziz, the historian and philologist, who had brought from Nor-Nakhijevan and handed over to the museum the archives of M. Nalbandyan, G. Patkanyan, Raf. Patkanyan, Hr. Khalipyan,  S. Shahaziz as well as documents, ancient books and other materials concerning the Armenians living in Nor-Nakhijevan. Before that Sayat-Novas autographic Davtar (notebook) of songs had been handed over to the museum (in October 1921) by Hovh. Tumanyan.

Afterwards the historiographic department of the cultural-historical museum has been completed by various materials of Armenian classics of literature and institutions, and starting from May 16, 1935 it has been separated and become an independent institution (Khoren Sargisyan was the first director). In the same year with efforts of the theatrelogist Sarkis Meliksetyan the theatrical museum has been established  in Yerevan. A year before that the memorial-room after Romanos Melikyan was established in Yerevan Conservatory. Starting from July 21, 1942 the Museum of Literature has been included in the Academy of Sciences of the Soviet Union at first as an Armenian branch, then in the structure of Academy of  Sciences of Armenia as an Institute of Language and Literature and finally, as an independent department of the Institute of Literature. Since May 1953 the Museum acts under the competence of Ministry of Culture as a separate department of the Armenian State Historical Museum.

In October 1954 the Museum of Literature and Art has been formed by joining the literary and theatrical museums and  the study after Romanos Melikyan. Till 1963 the museum acted first under the competence of Academy of Sciences and from that period to nowadays under the competence of the Ministry of Culture. Since 1967 the Museum has been named after Y.Charents. Later (in 1977) the museum housed materials concerning the Armenian Cinematographic Art. 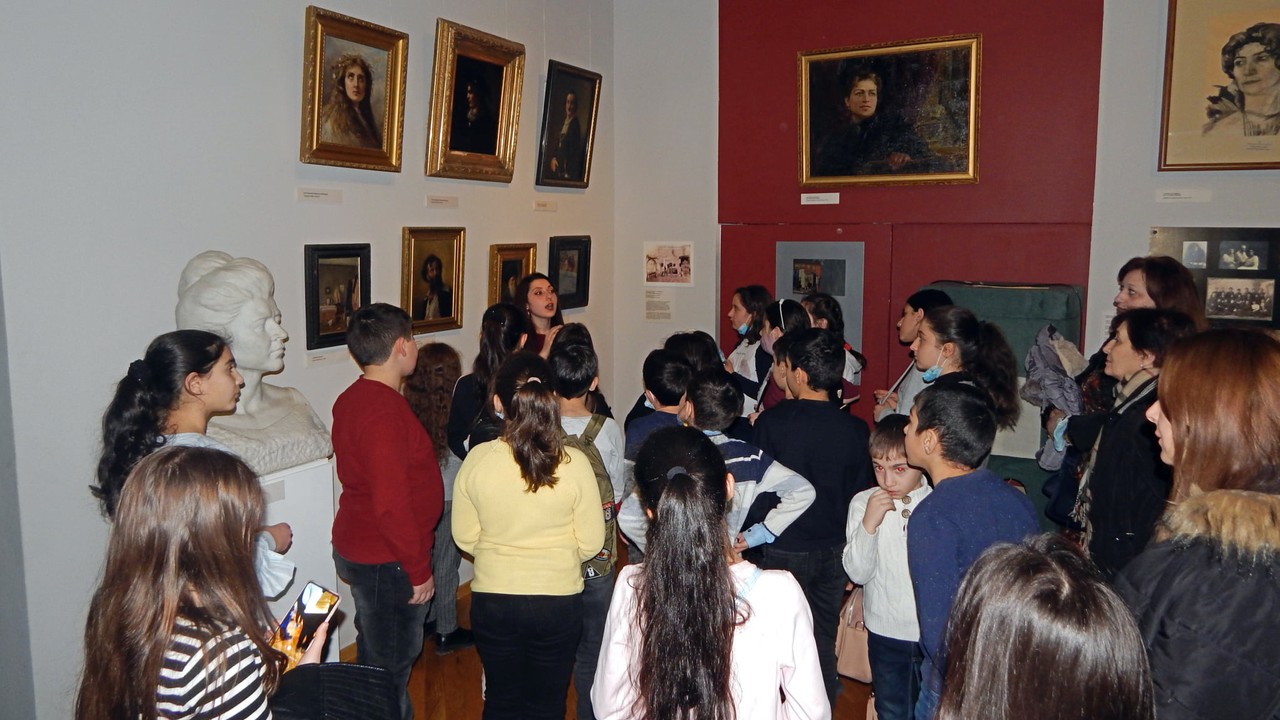 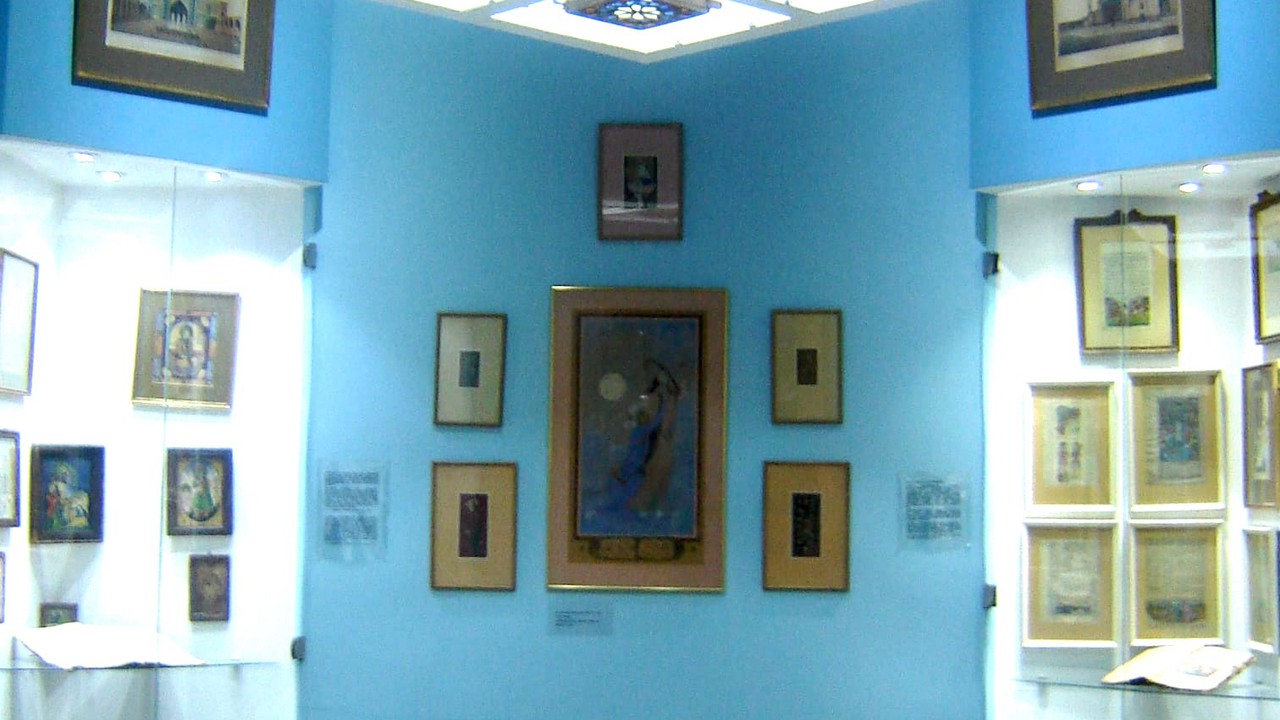 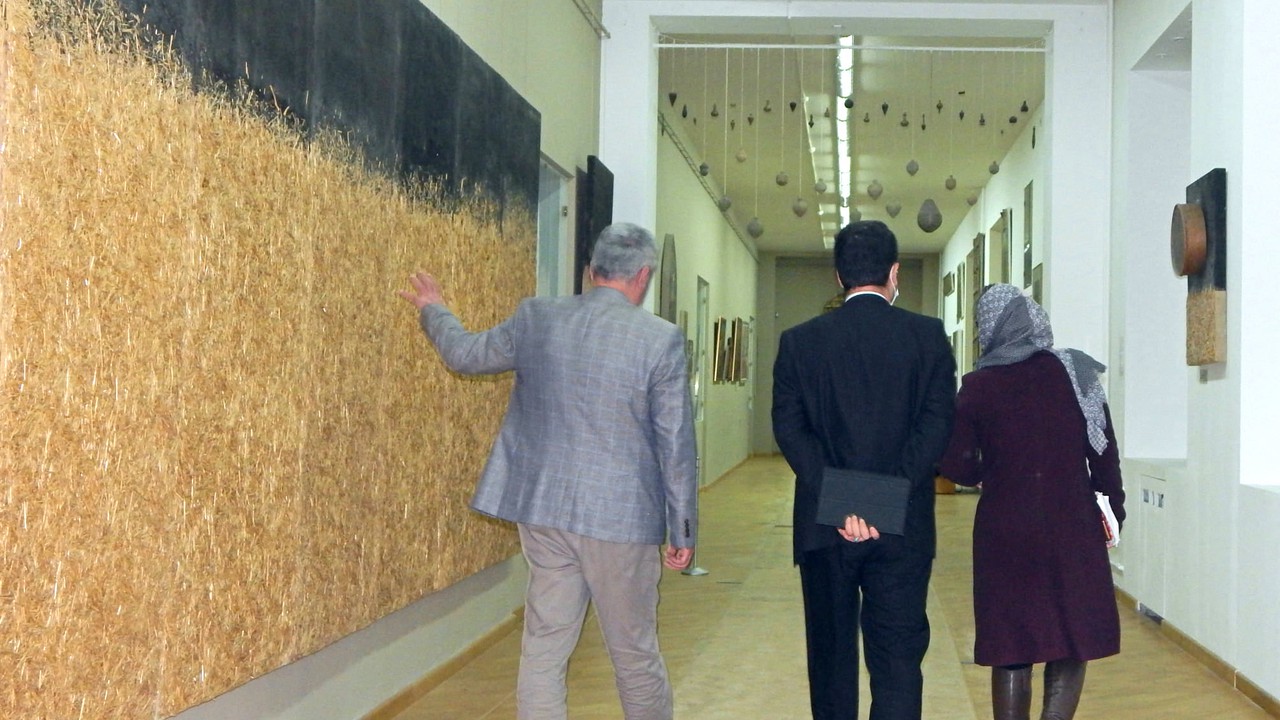 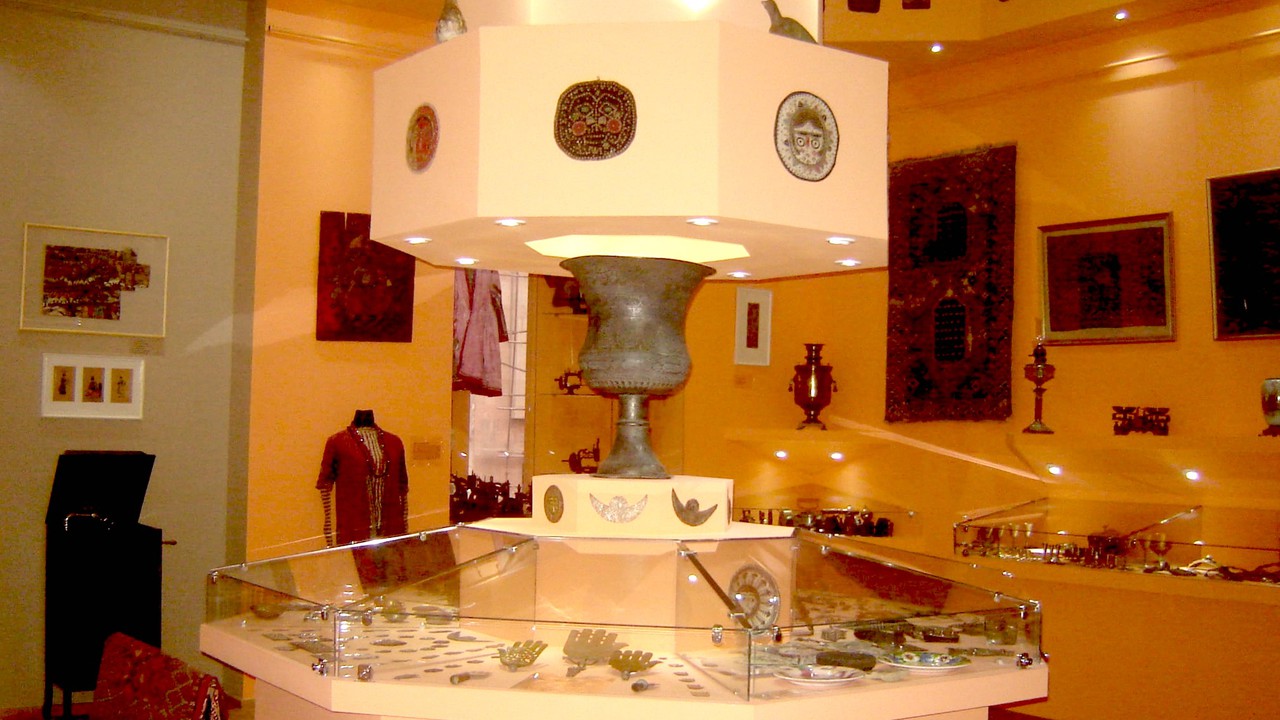 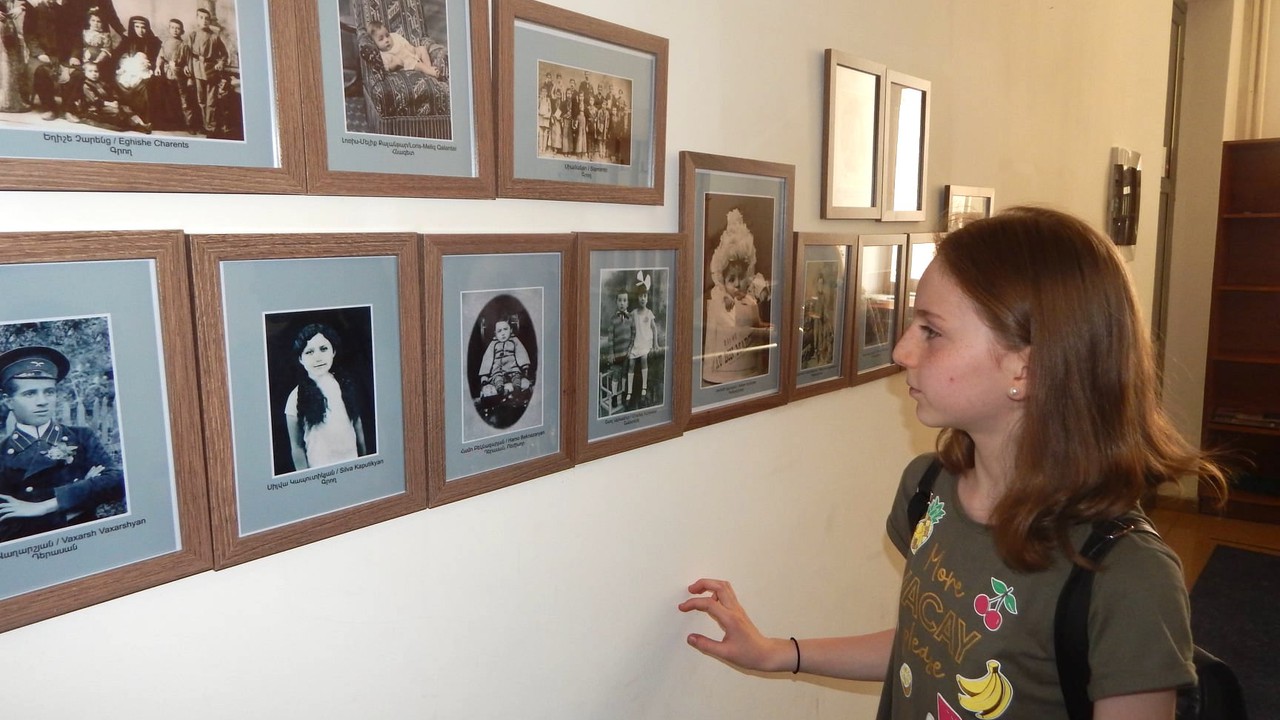 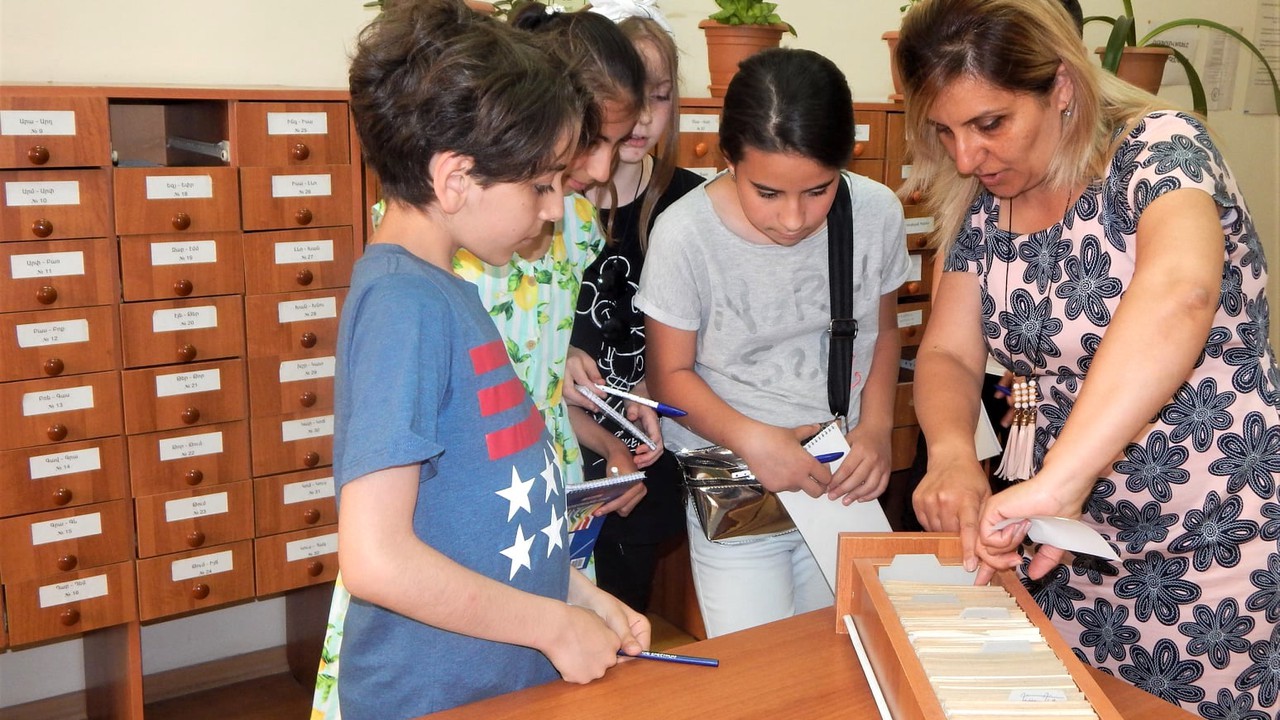 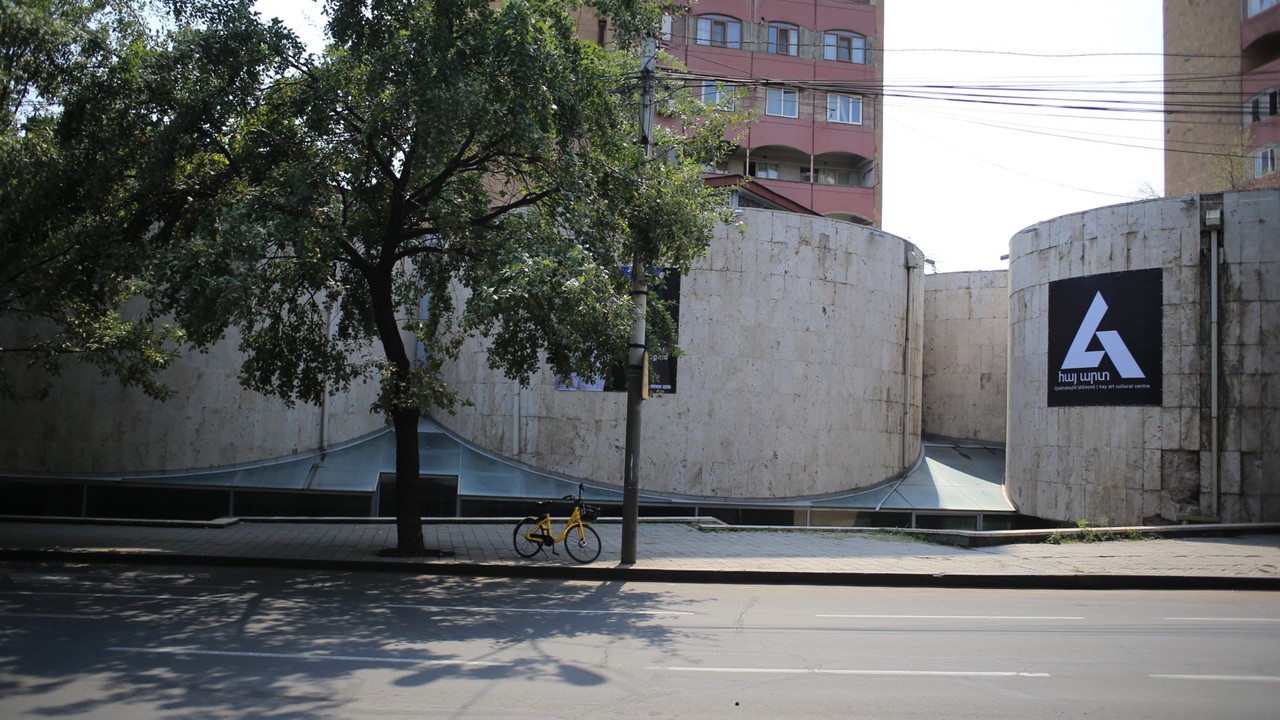 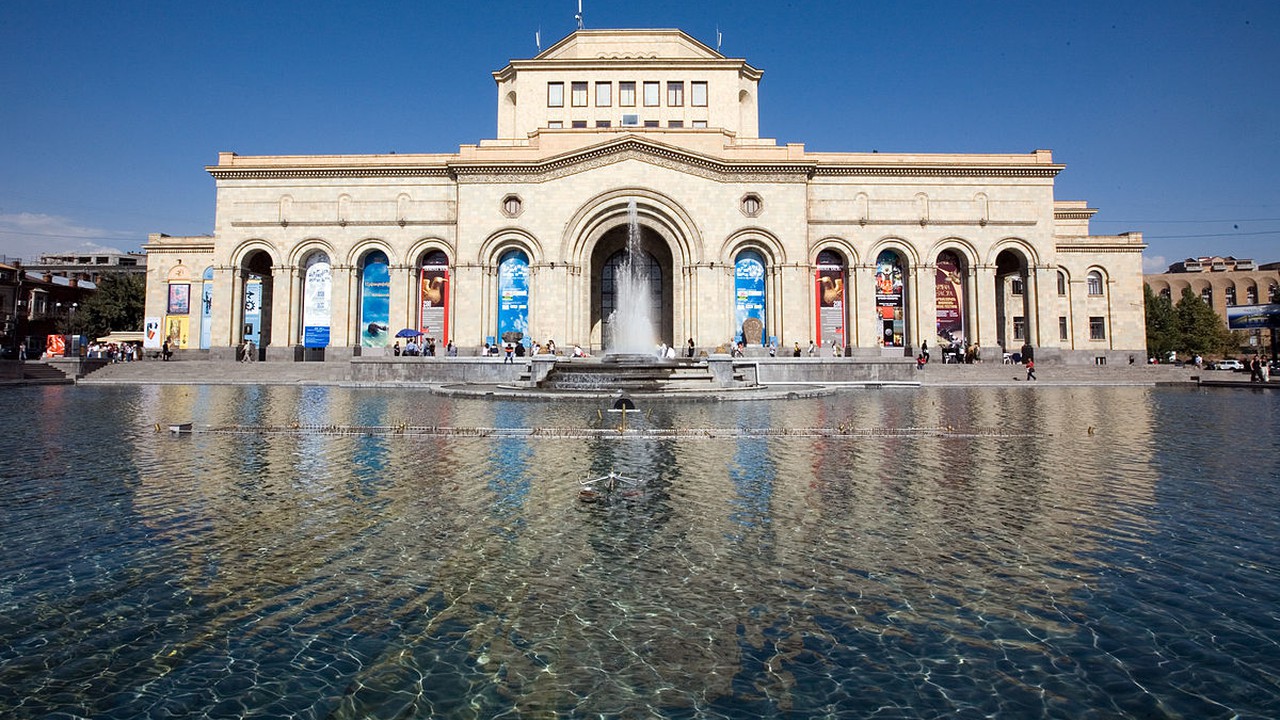