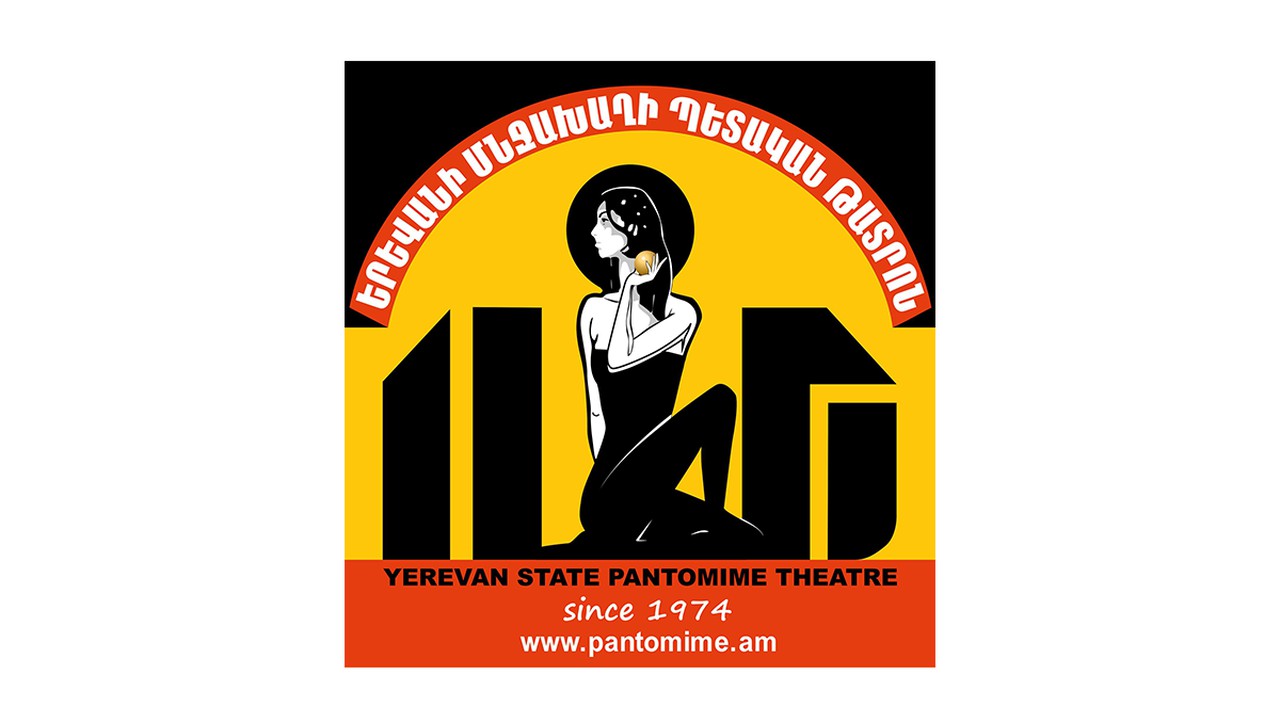 Yerevan State Pantomime Theatre, as a professional theatre group, was established in 1969. A student of Moscow State Institute of Theatre Arts Henrik Poghosyan, being attracted by the genre of pantomime, established “Tushpa” theatre group and with his program of miniatures became a laureate of Republic Student Spring Festival of 1969.

The theatre operated in the House of Art Employers of Armenia; P. Sevak's “Unceasing Belfry”, H. Poghosyan's “Move It, Time!” and other performances were staged.

In 1972 H. Poghosyan invited Arsen Polandov - a student from Directory faculty of Moscow University of Culture, to stage a performance. A. Polandov had already graduated from two-year classes of pantomime in State Institute of Cinema, which was led by the famous Russian mime A. Rumnyev, who was one of the best specialists of pantomime. Later, H. Poghosyan left the theatre, the group was broken up, and Polandov that had already come to Yerevan had to start everything from the beginning. The theatre group, which rapidly and completely renewed its staff including Nune Oganezova, Samvel Aghabalyan, Levon Ivanyan, Levon Hovsepyan, Karine Shahinyan, Ruzan Banduryany, Stepan Shahinyan and others, staged William Saroyan’s novel “The Hungeries” and a series of miniatures.

On May 18, 1974 the mime theatre group played the first full performance for the Armenian Fine Arts Council of Ministry of Culture and for other famous cultural figures and became a professional collective and was included in “ArmConcert”.

And 1974 is considered the year of Pantomime Theatre establishment. From the first program the style of the theatre was obvious. Later, several performances and miniatures were staged, such as “Heroic Ballad”, “Stone, Eagle and Man”, “Blinds”, “The Robber and the Child”, “Autumn”, “Virus of  Laugh” miniatures and Saroyan’s “Who is there?”, Gogol’s “Overcoat” performances.

The Theatre had a number of tours in Armenia, in large and small cities of the Soviet Union - from Ukraine, Belarus, Moldova to Ural, Siberia, Sakhalin, Kamchatka, Kuril Islands, Moscow, Sankt Petersburg, Odessa, etc. The theatre was welcomed with great interest and warmth. Participating in numerous republic, Soviet Union and international festivals, the theatre always became a laureate.

Public interest towards the pantomime art gradually grew. In “Lusashkh” House a pantomime studio was established which was led by Levon Ivanyan – one of the actors of the theater. The students of the studio often were included in the performances. By the way one of the students was Zhirayr Dadsyan. Later, Pantomime Theatre of Journalist’s House was established on the basis of this studio; it was led by Anna Safaryan.

In 1983 the theatre got state status. The State, particularly the Ministry of Culture, took under its protection the further activities of Pantomime Theatre providing the development of pantomime as a genre. However, the most important problem remained unsolved; a necessary space for the unobstructed and uninterrupted activities of the Theatre was solved partly. For a theatre, that has a repertory and does not have its own territory, it is extremely difficult to plan further activities.

Even not having necessary working conditions, the theatre went on with its triumph: performances, tours, festivals. As a result of researches of roots of Armenian pantomime some experiences were realized to find new expressive ways of presentation. And one remarkable example is the actor Levon Ivanyan’s mimodrama based on P.Sevak’s poem “And a Man Named Mashtots”.

The theater after the declaration of independence

Biography of the theatre in a period of the Armenian independence was a very difficult one - full of contradictions and changes. The confused social situation in the Republic reflected on the theatre as well. Unexpectedly Aresn Polandov’s health state grew worse.

In 1993 by Aresen Polandov’s suggestion the art director of the theatre was appointed Yuri Kostanyan, who had begun his creative work in the field of pantomime still in the beginning of 70s; he was a student of legendary Modris Tenisons in Kaunas.

A process, which can be characterized as an exchange of generations, began and as any change it was accompanied with many difficulties. New young actors and stage managers were invited. Creative, innovative and modern means of expression were chased. It became possible temporally to have a territory – the stage of the later Student Theatre of the Academy of Fine Arts. With the great efforts of Yuri Kostanyan and the whole theatre staff it was reconstructed and became a little cozy theatre. However, different ideas of various stage makers only harmed the process of creating a new and inseparable character of the theatre. The only performance with the new staff and a new style was Yuri Kostanyan’s “Awaken Dream”.

In May, 1998 by the offer of Yuri Kostanyan Zhirayr Dadasyan was appointed the art director of the theatre. This period is distinguished by the affirmation of new means of expressions and forming of the repertory. The theatre began performing on tours abroad: Germany, Georgia, Egypt, Iran, Libya, etc.

In order to make professional mimes and always have good actors in the theatre, in 1999 an adjacent mime studio was formed, led by an actor of the theatre Hamlet Chobanyan. Today the gradated students are included in the main staff of the theatre and participate in the repertory performances of the theatre.

In 1996 a pantomime course was established in Yerevan State Institute of Theatre and Cinematography; it was led by Stepan Shahinyan. In 2003 the directory of the Institute closed the course, but in 2004 it was reopened. The course is led by Zhirayr Dadasyan and Yuri Kostanyan. 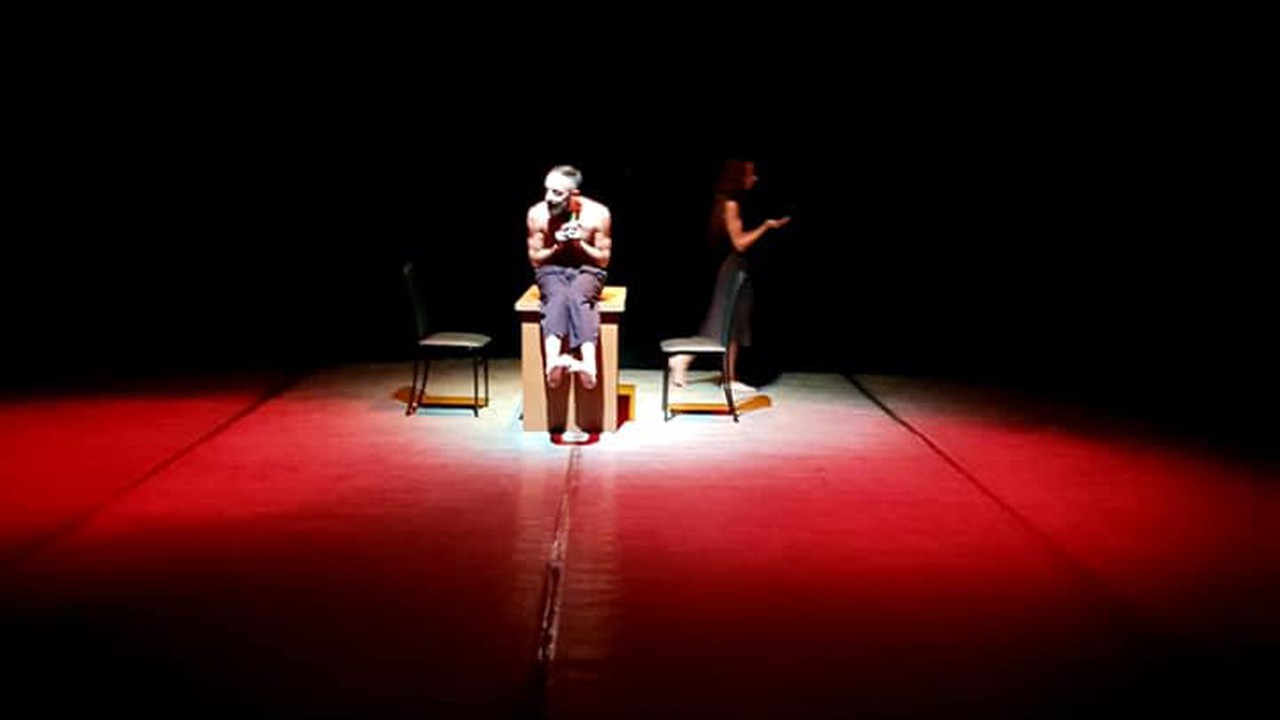 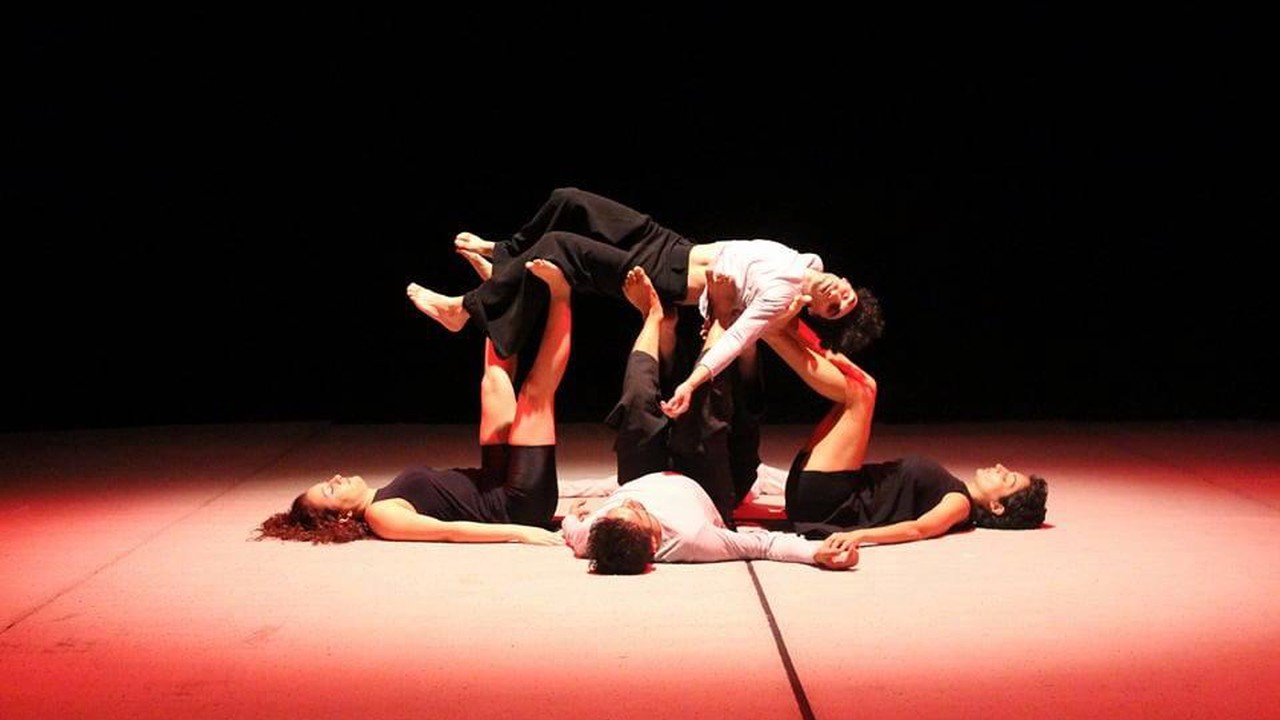 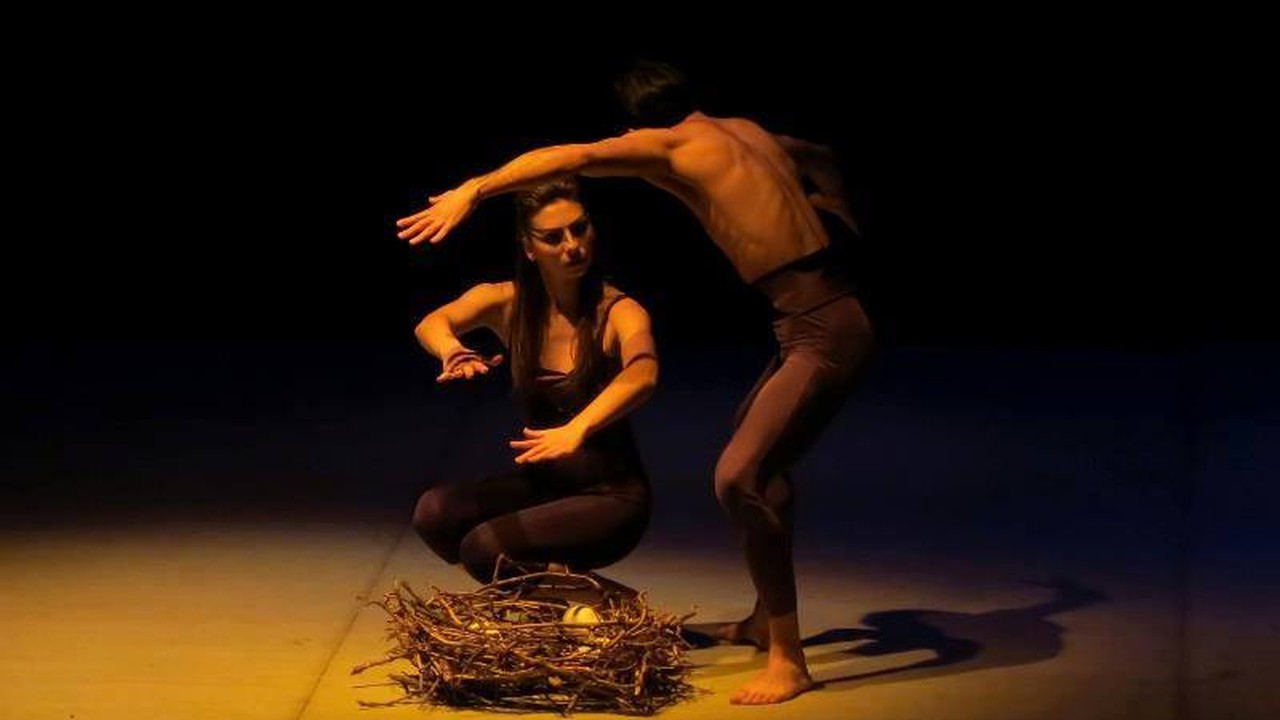 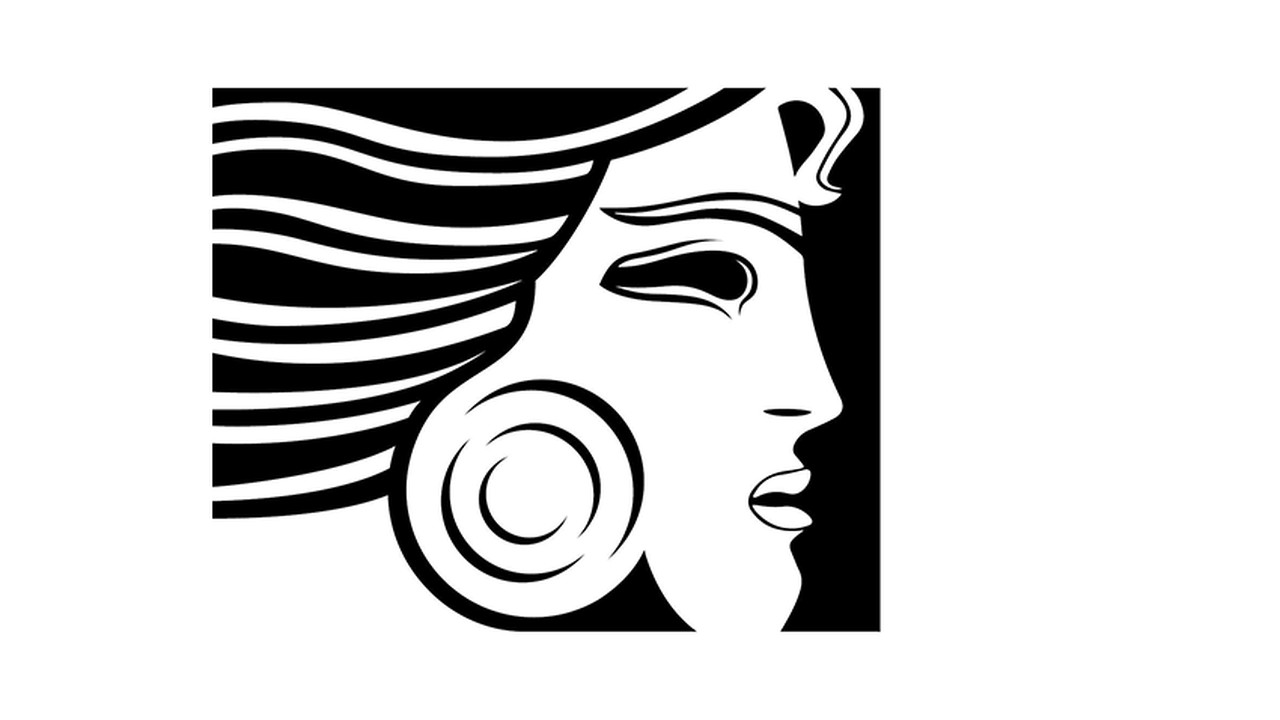 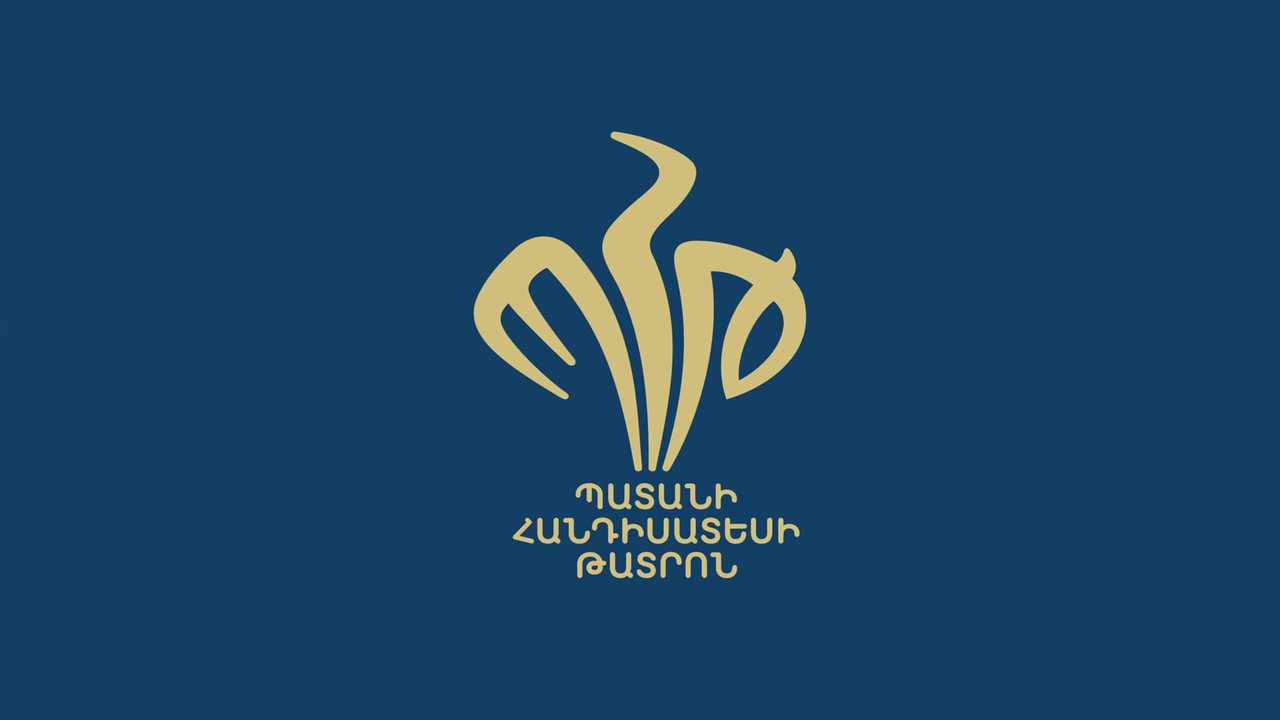