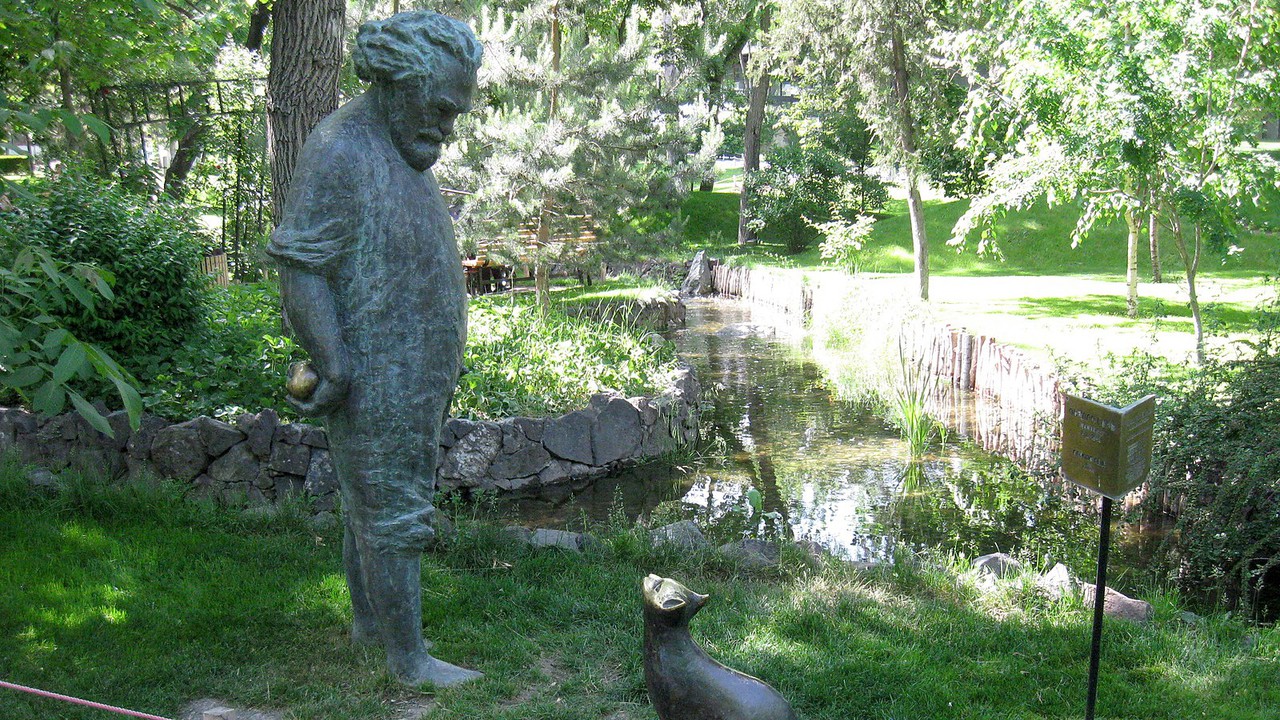 The author of the sculpture is Ashot Aramyan. The sculptor personally knew the famous poet from childhood. When creating the statue, he wanted to emphasize the humanity and purity of Gevorg Emin. “There was nothing pathos in him, only sociability, humanity, great love. The cat itself is also a true character. Gevorg Emin had a unique Siamese cat who peeled sunflower seeds and loved to sit on the poet's shoulder."

The statue seems to be an episode from the poet's life: Gevorg Emin, coming out of the river, stands with folded pants and an apple in his right hand and speaks to his cat. The statue was especially fond of the little townspeople who played with the cat.

Unfortunately, in January 2021, a bronze statue of a cat was stolen, it has not yet been found. 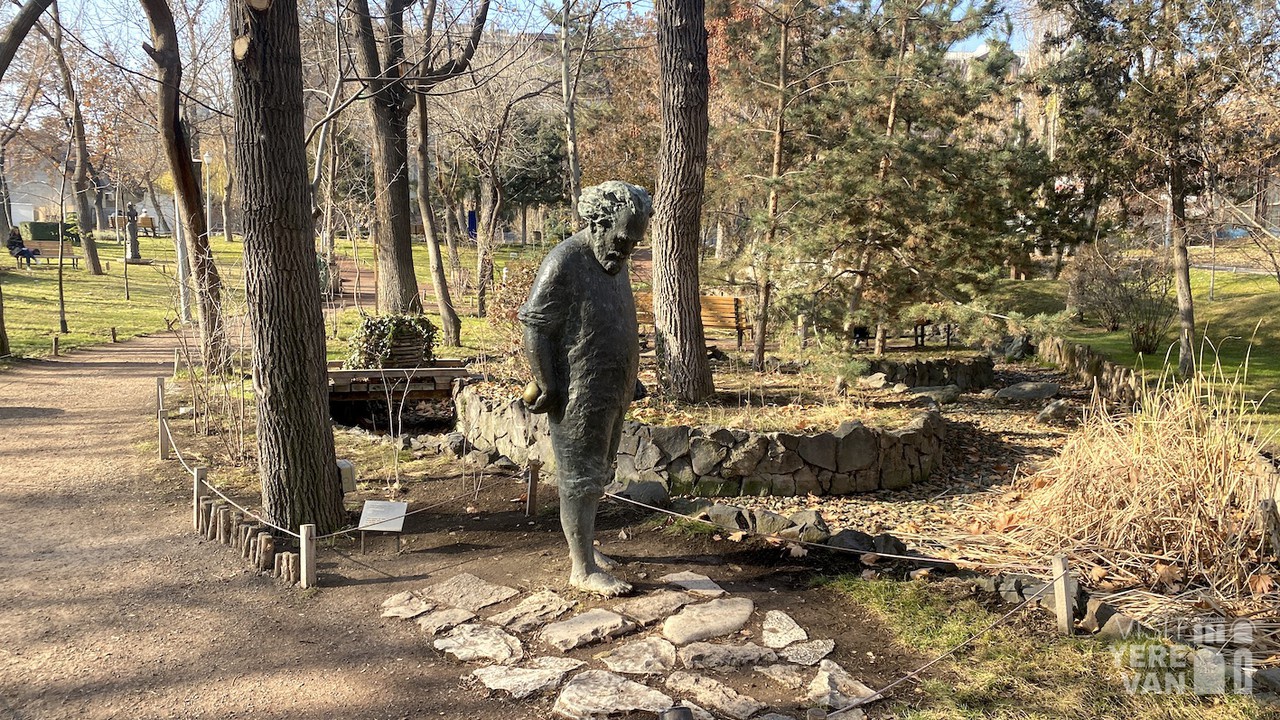 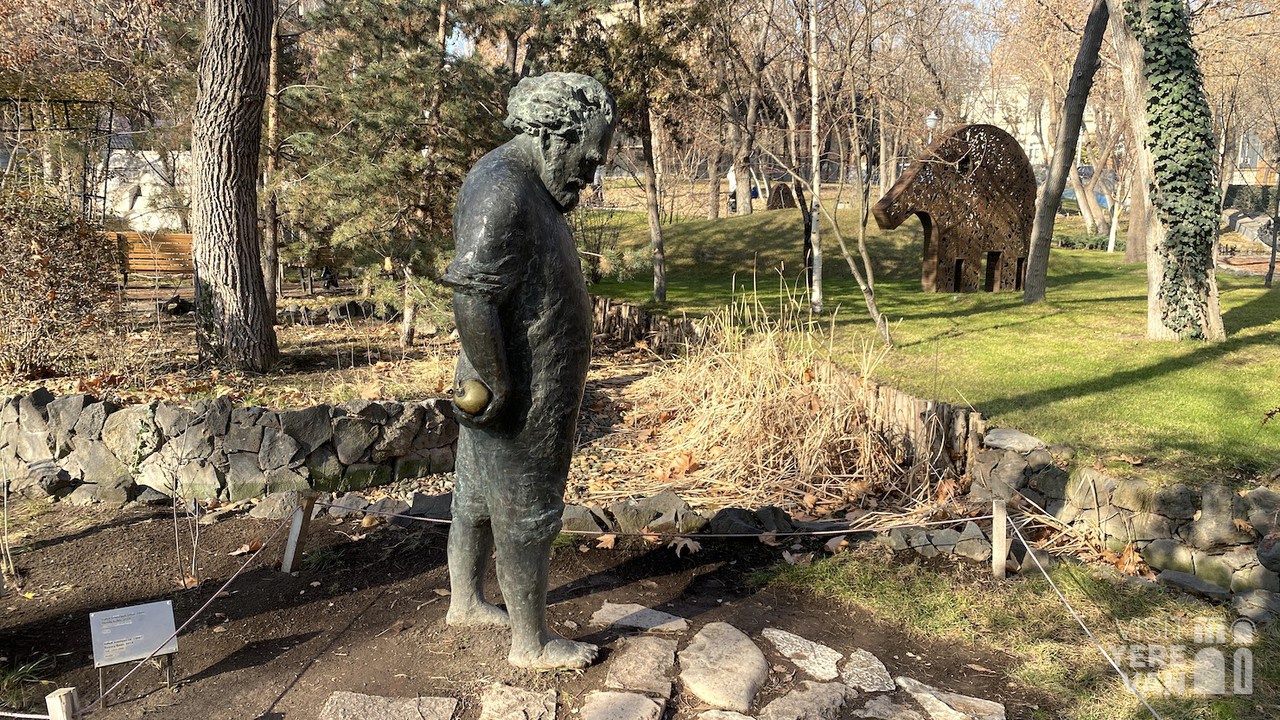 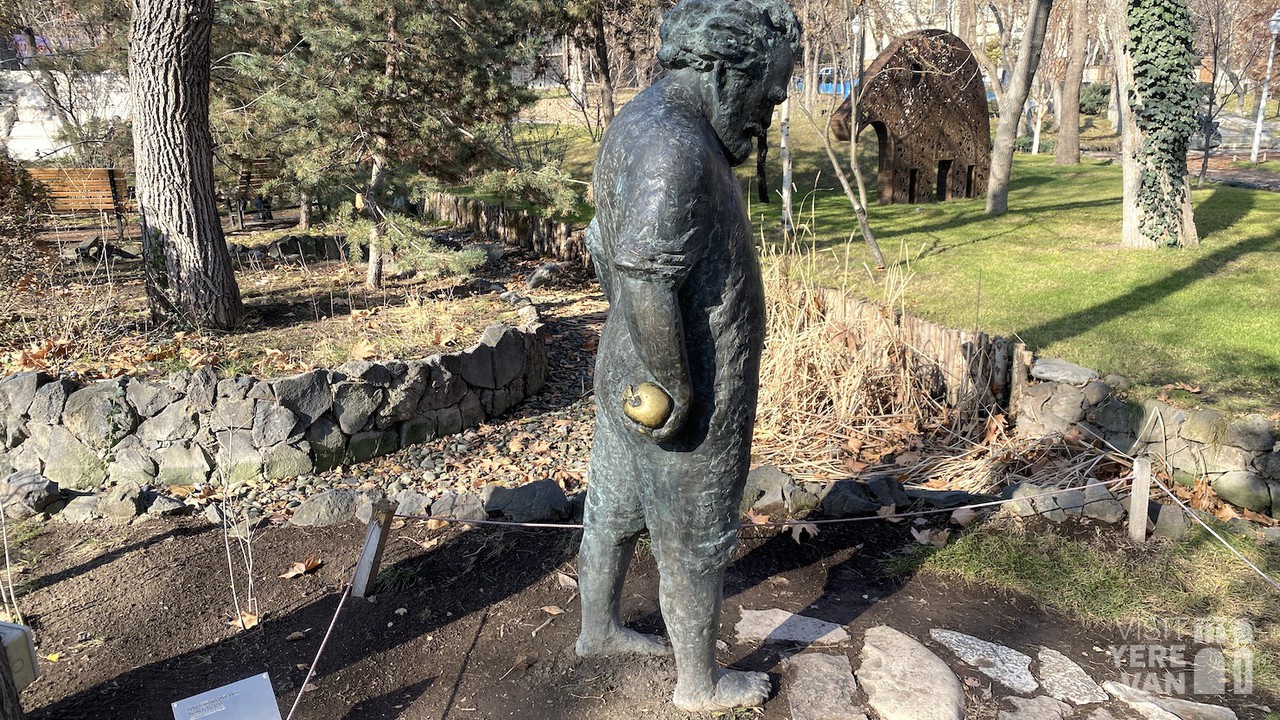 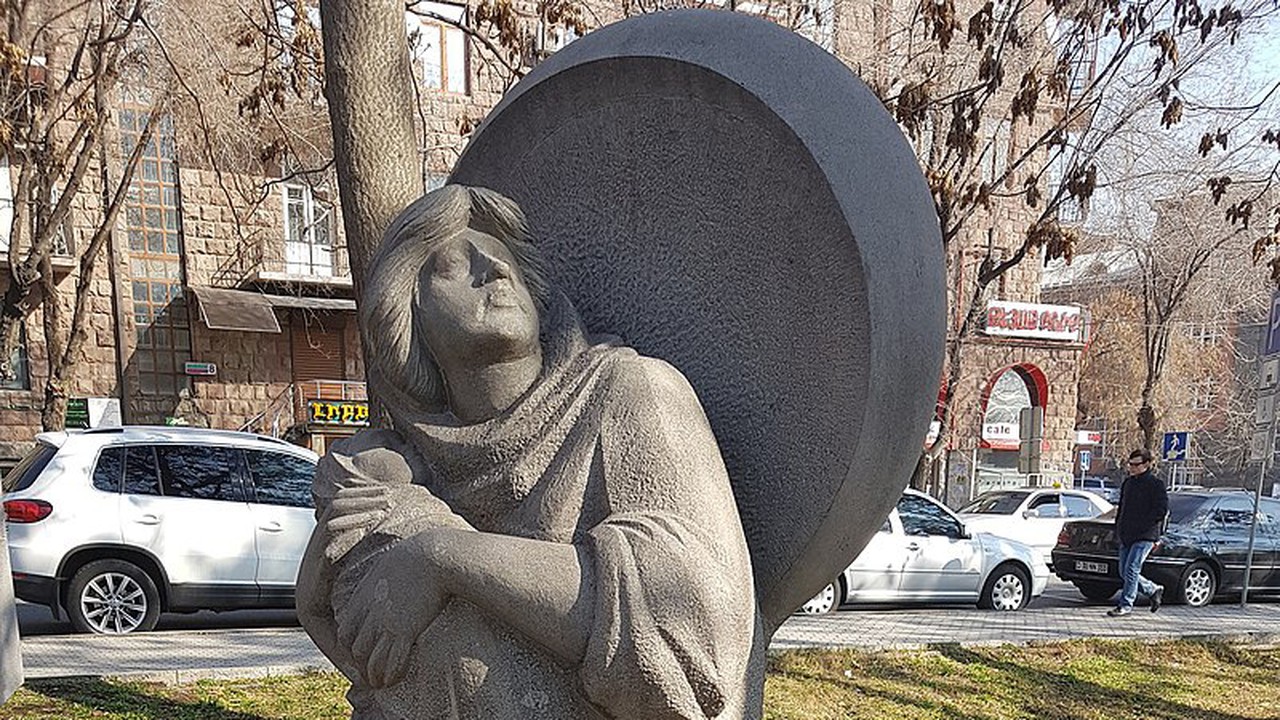 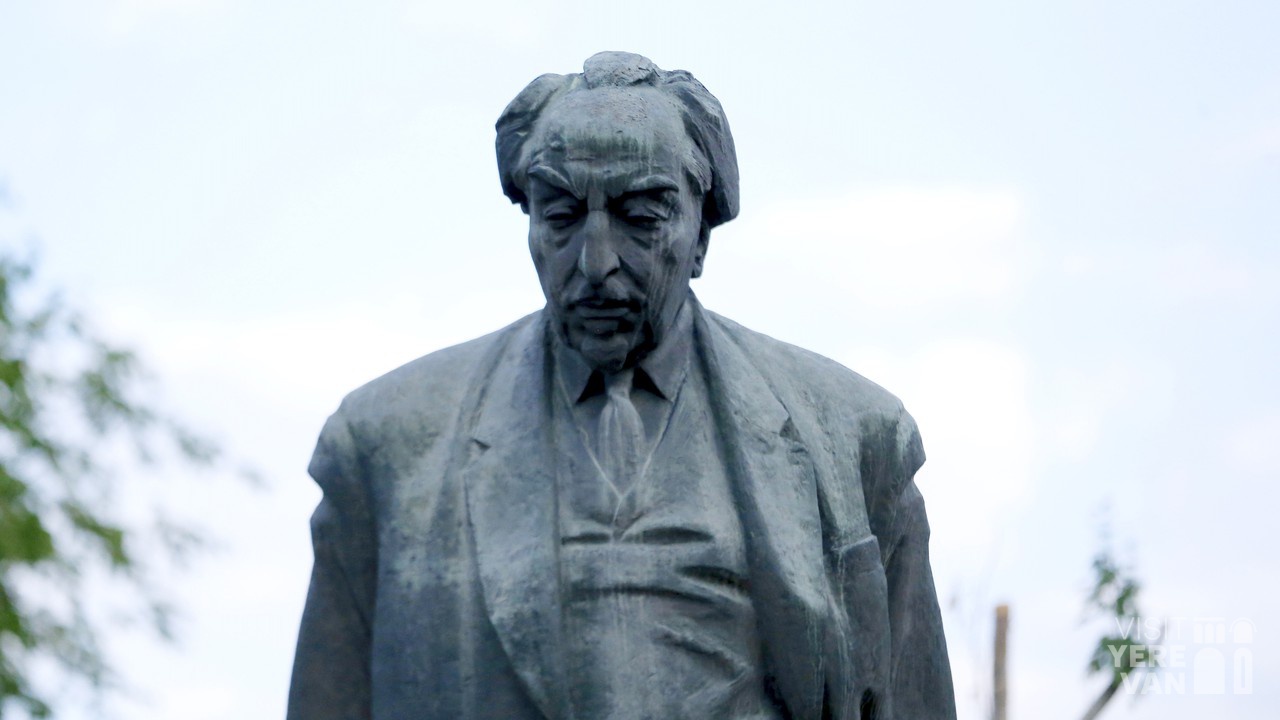