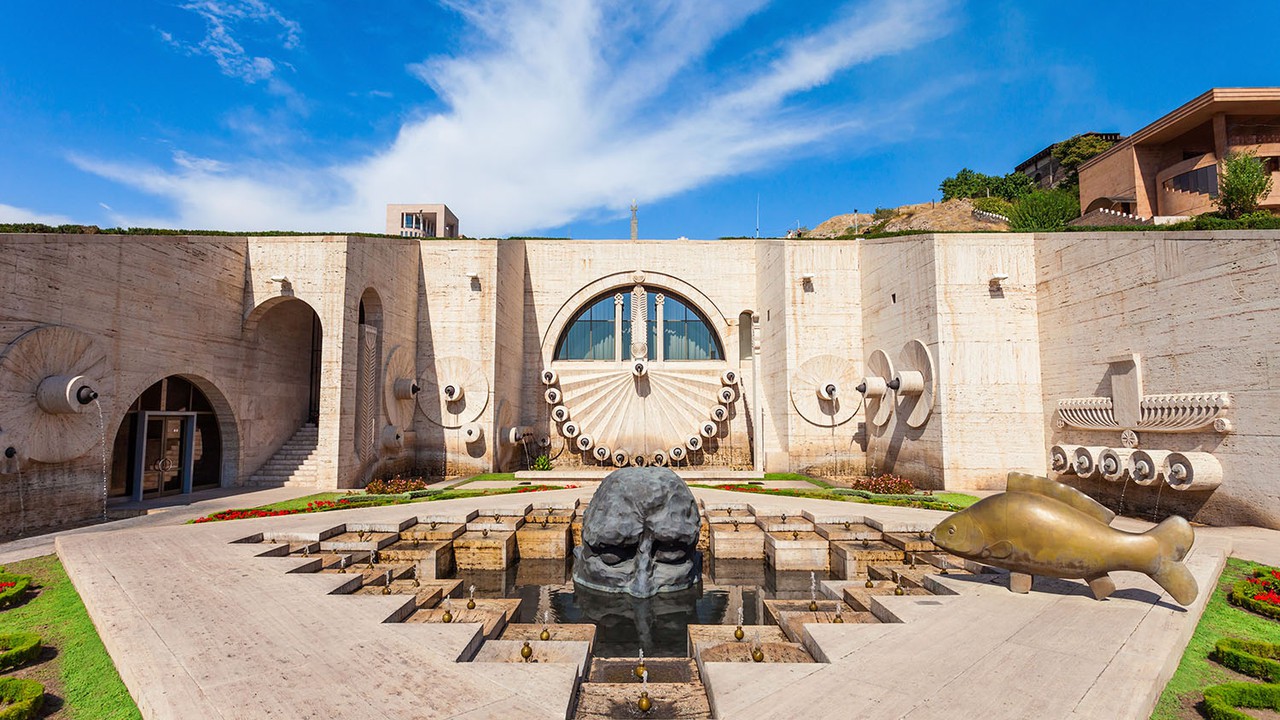 Armenian modernism is a combination of concrete and stone, and sometimes an interweaving of functional minimalism with elements of local medieval architecture. Unfortunately, many people realized the value of these architectural monuments only recently, therefore, most of the iconic buildings of the modernism era are used for other purposes today - or have been demolished altogether. We are talking about buildings that once challenged traditional architecture.

The building of the airport "Zvartnots"

The first terminal of Yerevan Zvartnots airport, which was erected by architects Artur Tarkhanyan, Spartak Khachikyan and Levon Cherkezyan, was opened in 1980. And despite the fact that for many years the passengers of the international airport have been served by a new modern terminal, the old one continues to remain a symbol of the airport terminal. Today activists are fighting to preserve and restore the original building of Zvartnots airport.

As in many other buildings of Armenian modernism , references to national architecture are encrypted in the architecture of "Zvartnots". Thus, the construction of the airport in the form of two truncated cones (departure and arrival areas) resembled the medieval temple of Zvartnots ("Temple of Vigilant Angels"), the ruins of which are located not far from the airport. The temple was a round three-tiered domed structure.

Above the inner cone (arrival hall) rises a futuristic 61-meter tower, which housed the dispatch service and the restaurant. By the way, part of the filming of the fantastic Soviet-Polish children's film "The Travels of Pan Klyaksa " in 1986 took place here.

The stadium for 75 thousand seats, built in the gorge of the Hrazdan River in 1970-1971 by the project of architects Koryun Hakobyan and Gurgen Musheghyan. The asymmetrical shape of the stadium is set by the landscape of the gorge.

The opening of the new stadium was "pushed" by the rise of football in the republic - because the old stadium could no longer accommodate all the fans. It was at the “Hrazdan” stadium that the legendary football team “Ararat” won its victories in the 1970s.

In the 1970s, a new panoramic cinema building in the center of Yerevan impressed with its innovation. Oddly enough, the architects Hrachya Poghosyan, Artur Tarkhanyan and Spartak Khachikyan, who were accused of deviating from national architectural traditions, were inspired by Armenian church architecture. They wanted to call the cinema "Ararat" or "Noah's Ark" - however, in the end they called it "Russia".

There were three cinema halls in the building - for 1600, 1000 and 280 seats, which were located in two curved wings, as well as an exhibition hall, a dance floor and a cafe. Thanks to the special shape of the building, special acoustics were created in the halls. And through the transparent ceiling at the junction of the two parts of the cinema, you could see the stars.

Today in the privatized building of the cinema there is a shopping center. In recent years, part of the building has been used as an art space, and sometimes concerts are held here.

A surge of interest in chess happened in Armenia in the late 1960s, when the Armenian chess player Tigran Petrosyan twice became the world champion (in 1966 and 1969) - and practically a national hero. And in 1970 the architect Zhanna Meshcheryakova designed the building of the House of Chess, which, due to its unusual triangular shape, resembled a chess rook. The first stone in the foundation of the House of Chess was laid by Tigran Petrosyan himself.

The facade of the building is decorated with seven iron chess pieces, which were created by the sculptor David Yerevantsi. Today the sports chess school named after Tigran Petrosyan works here.

The architectural complex "Cascade" - one of the main attractions of Yerevan - was designed by the outstanding Armenian architect Jim Torosyan in collaboration with Sarkis Gyurzadyan and Aslan Mkhitaryan. The construction of the monumental complex of five open terraces began in 1971 and continues to this day.

Inside the "Cascade" there is the Cafesjian Center for the Arts - a gallery where you can see the works of contemporary artists. The center was opened at the expense of Gerard Cafesjian, an American philanthropist of Armenian origin, who financed the construction of the Cascade itself since 2002.

Each of the terraces is a kind of open-air museum. There you can admire the architectural ensemble and modern sculptures from the collection of the Cafesjian Museum, as well as the view of the city and Mount Ararat opening from a height.

The entrance to the metro station "Republic Square", which was opened in 1981, looks like a giant stone flower from above with a fountain in the center. As conceived by the authors of the project, Jim Torosyan and Mkrtich Minasyan, a small recreation area was to be located around the fountain. This year, the city authorities began renovating the upper part of the ensemble.

Building No.9 of the Yerevan University of Architecture and Construction

The building of the Yerevan University of Architecture and Construction was built in 1976 by the project of the architect Artashes Mamidzhanyan - then the Faculty of Radio Engineering and Transport was located here. The massive building stands out from other buildings due to the textured decoration of the windows with concrete, which seems very flexible and light here.

The design of the entrance to the Yeritasardakan metro station is one of the brightest examples of Armenian modernism. The project of the station, which was opened in 1981, was worked on by the architect Stepan Kyurkchyan. The station got its name due to the fact that there are many universities and libraries in the area. The station lobby is a cylinder that is inclined and from the inside looks like a continuation of an escalator tunnel - because of this, it feels like the escalator rushes into the sky.

In a 10-storey openwork building on Azatutyun (Svoboda) Avenue, there used to be an international telephone exchange, and today the office of a telecommunications company operates. The building was built in 1971 by architects Armen Agalyan and Grigory Grigoryan. This building is distinguished from other modernist structures in Yerevan by oriental motives in architecture.

The main concert venue in Armenia is the building of the S. Karen Demirchyan - was opened in the 1980s on the Tsitsernakaberd hill. For some time, Yerevan residents got used to the unusual project of Artur Tarkhanyan, Spartak Khachikyan, Hrachya Poghosyan and Gurgen Musheghyan, but today the city cannot be imagined without this complex.

The SKK building with a capacity of up to 12,000 spectators was a breakthrough from both an architectural and a design point of view. And despite its futuristic appearance, the principles of Armenian medieval architecture were preserved during the design of the concert venue: traditional elements are present on the bas-reliefs of the building. 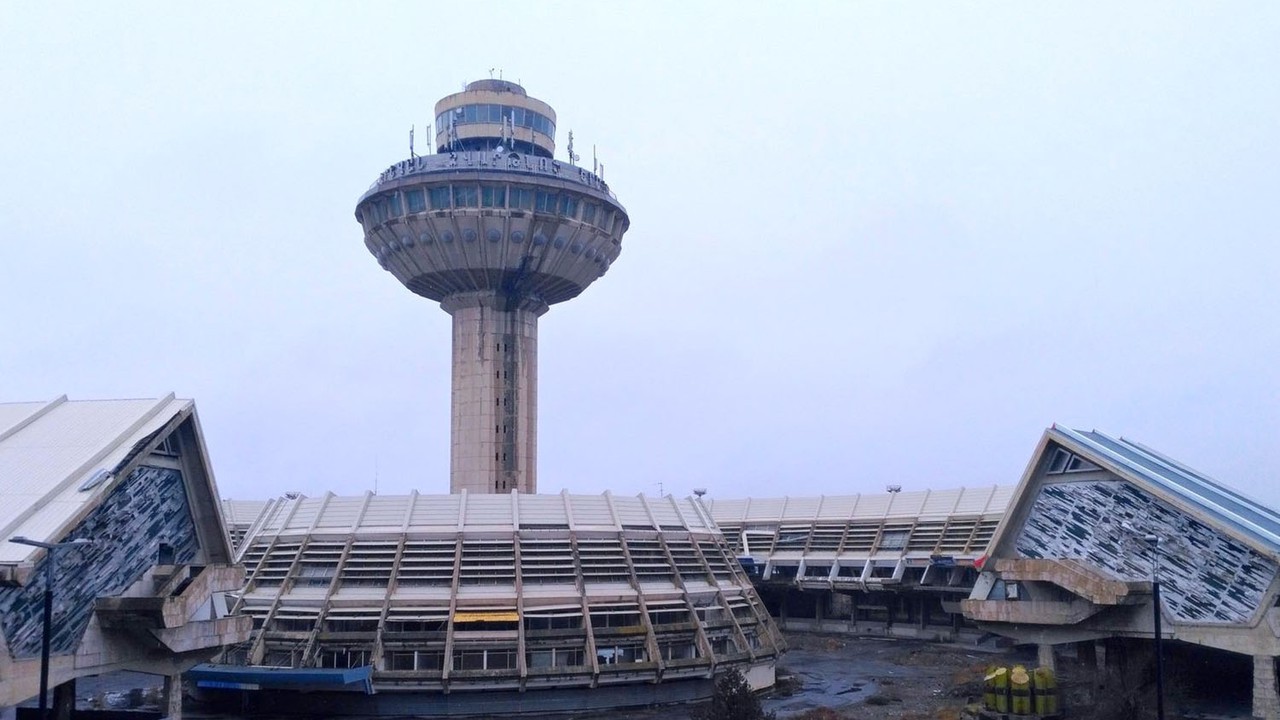 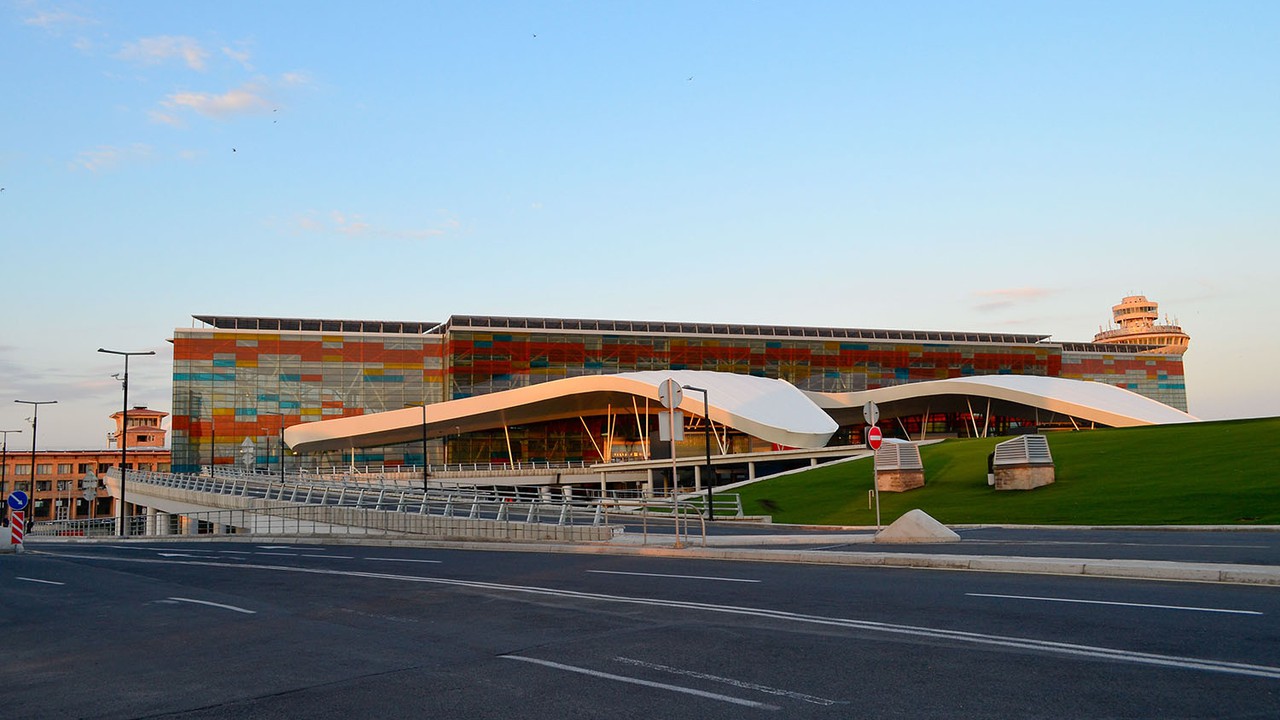 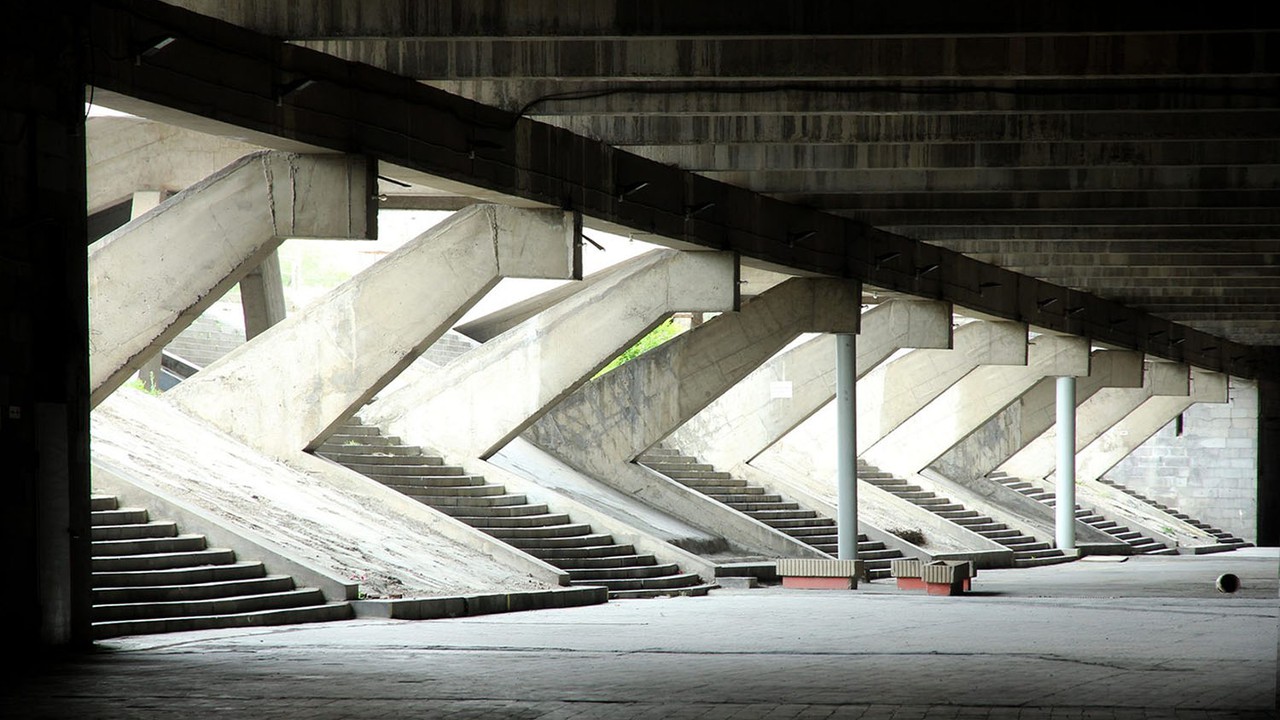 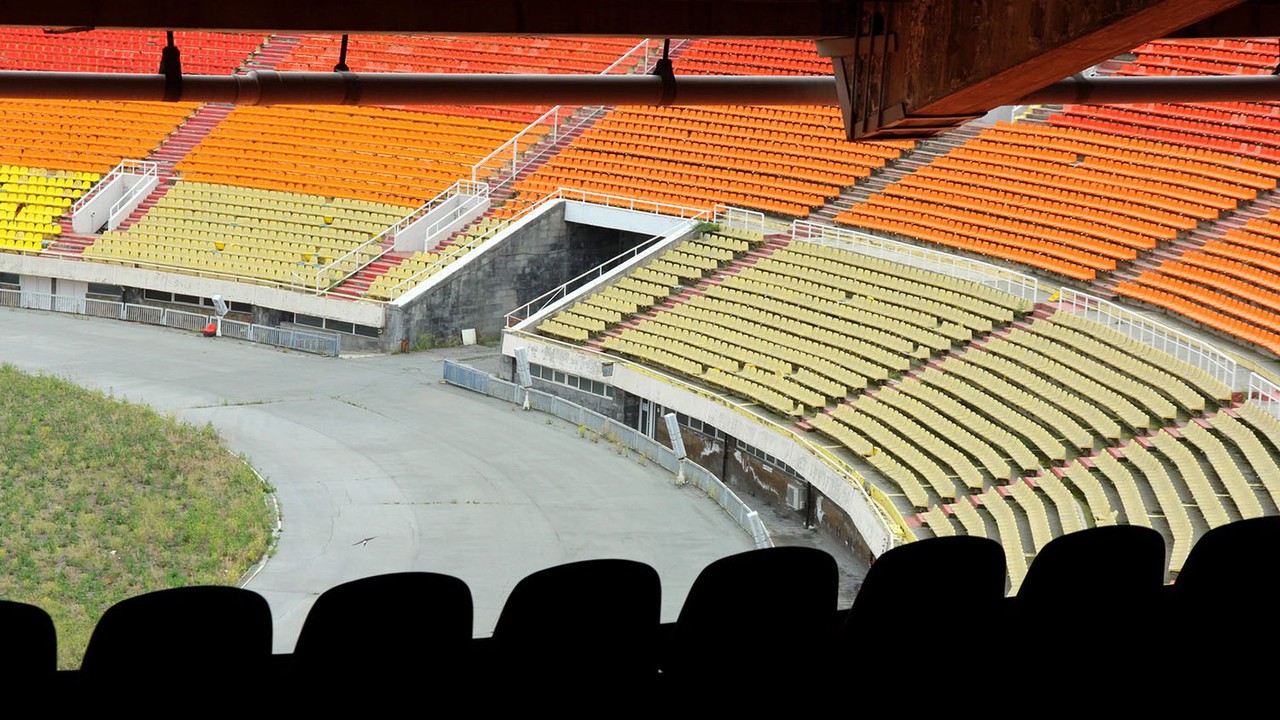 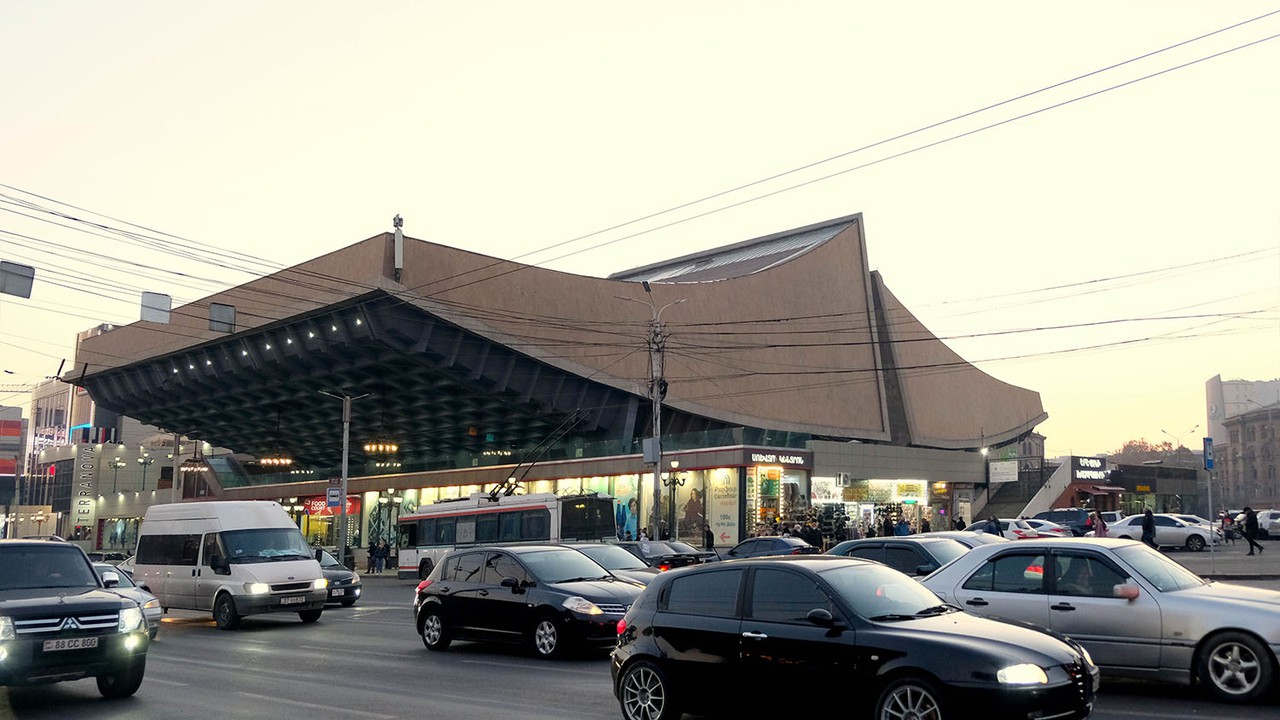 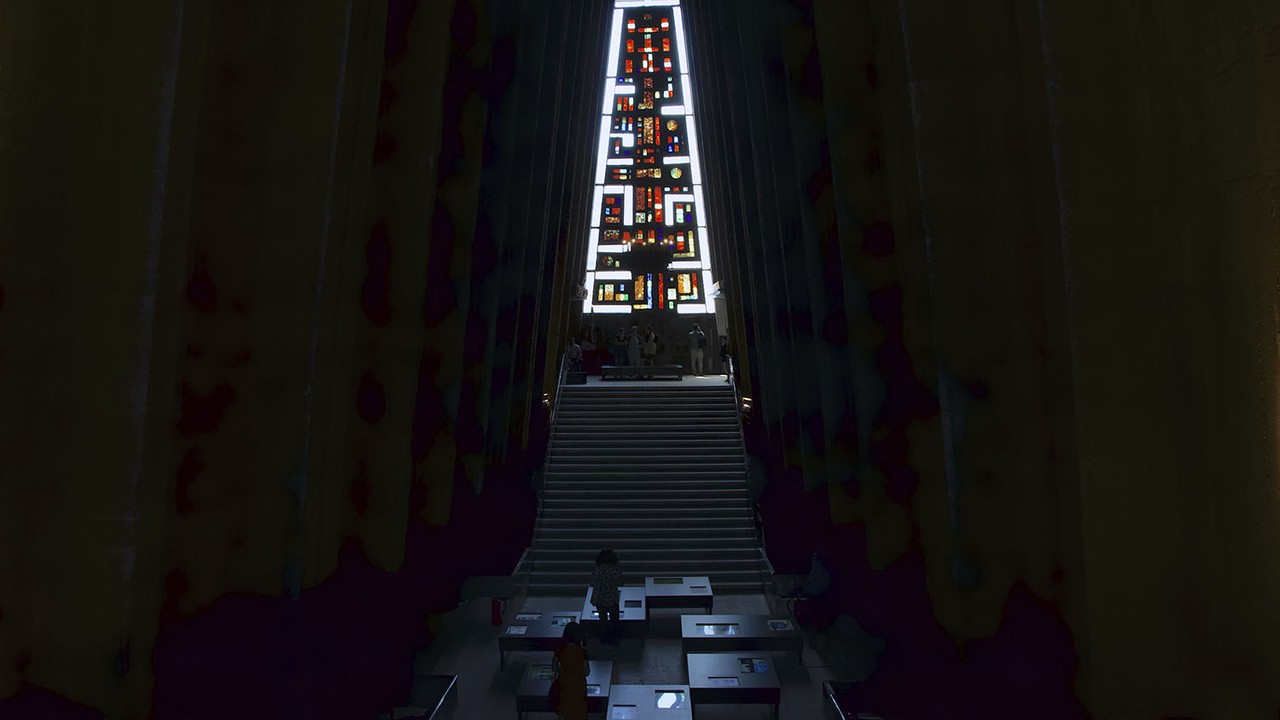 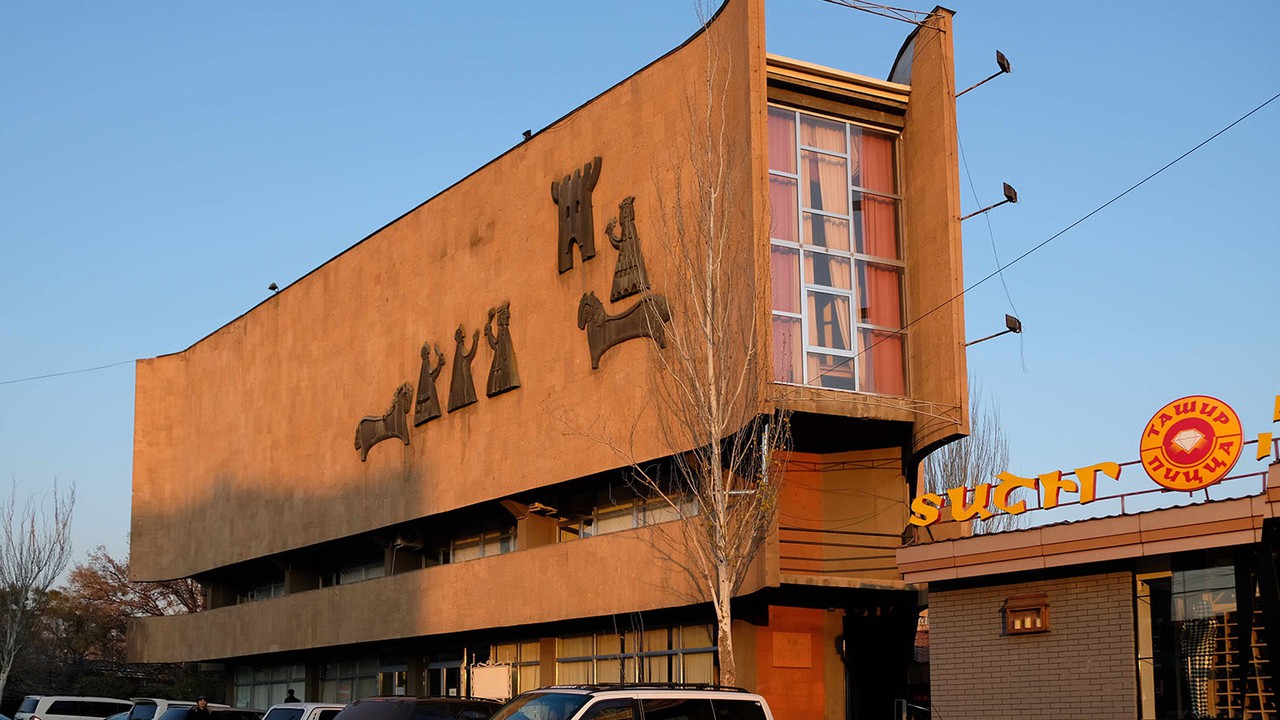 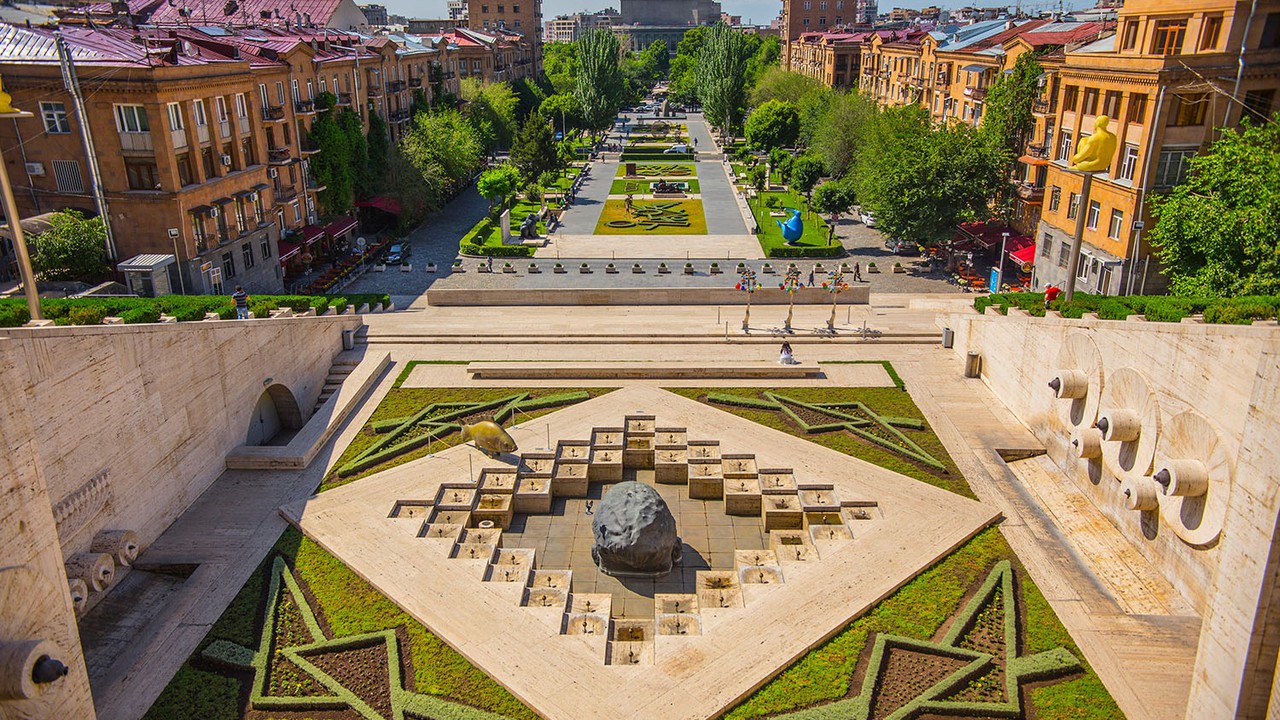 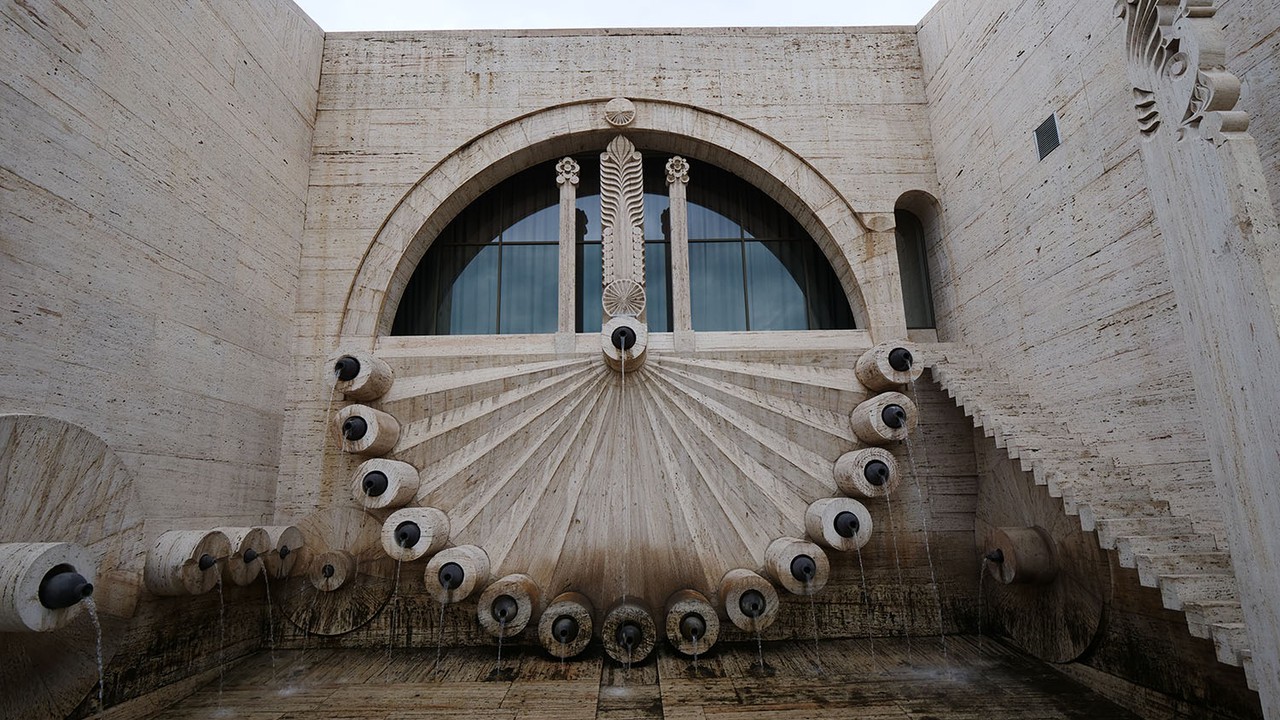 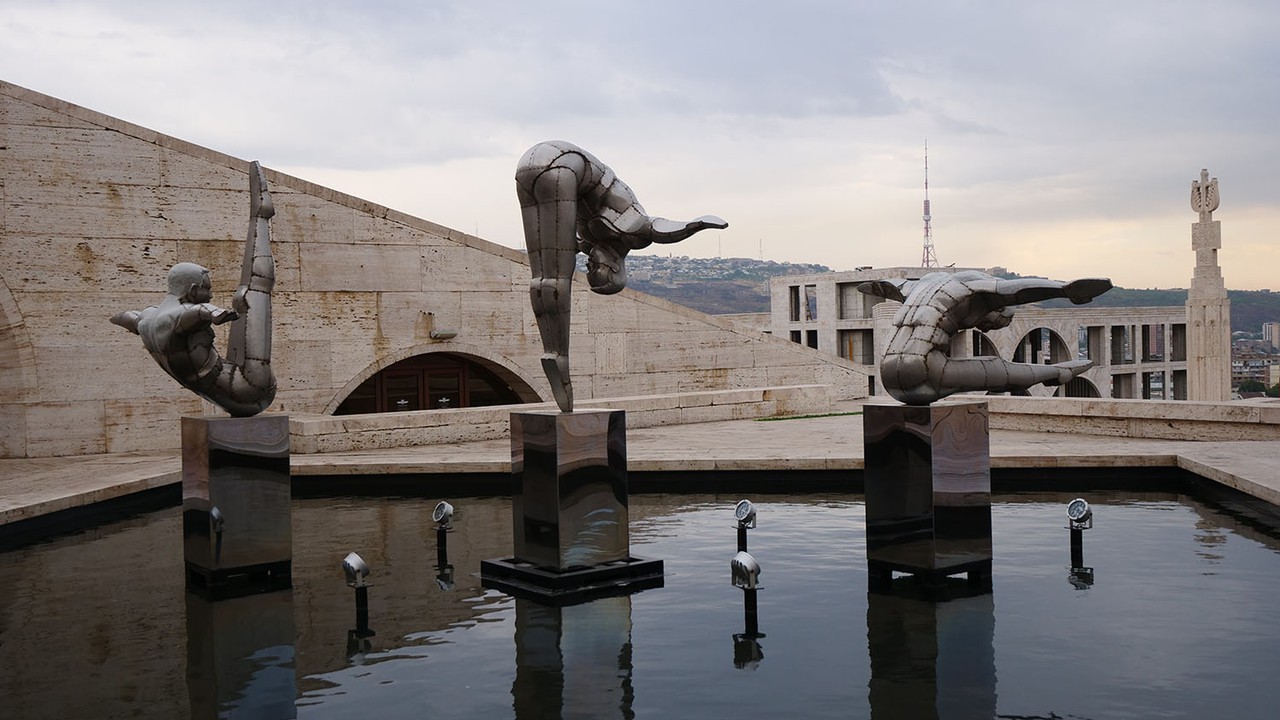 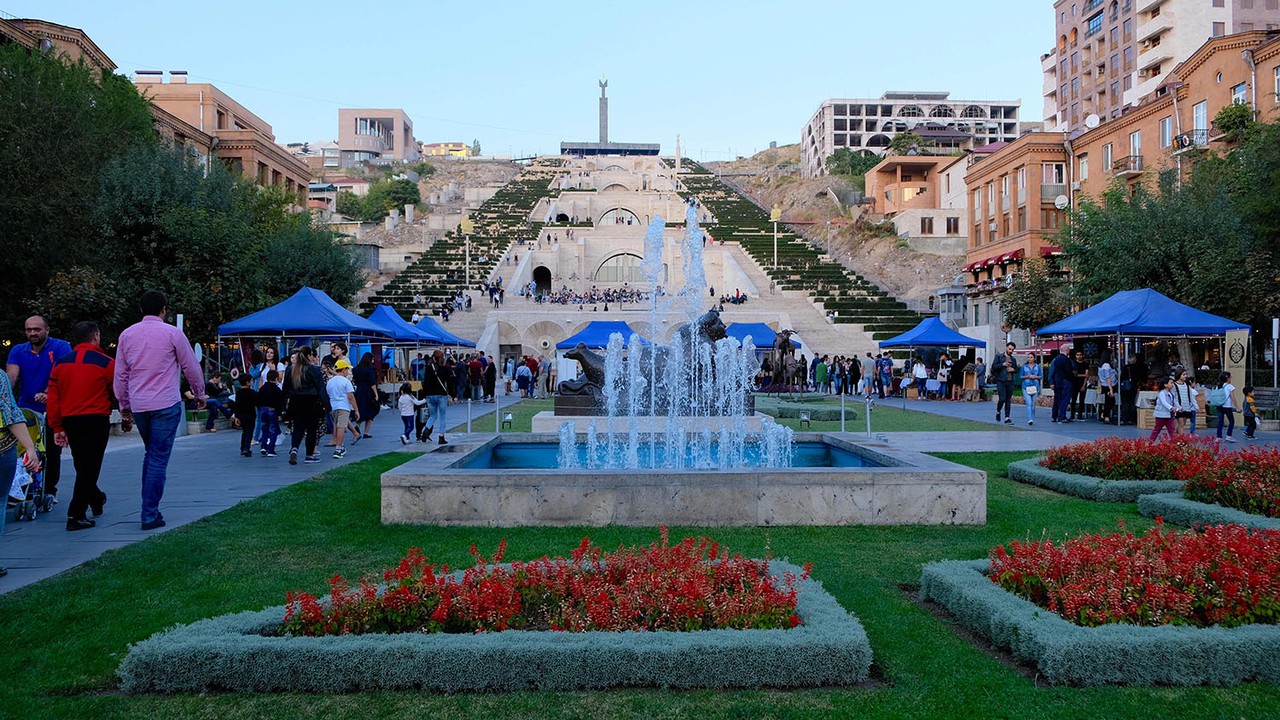 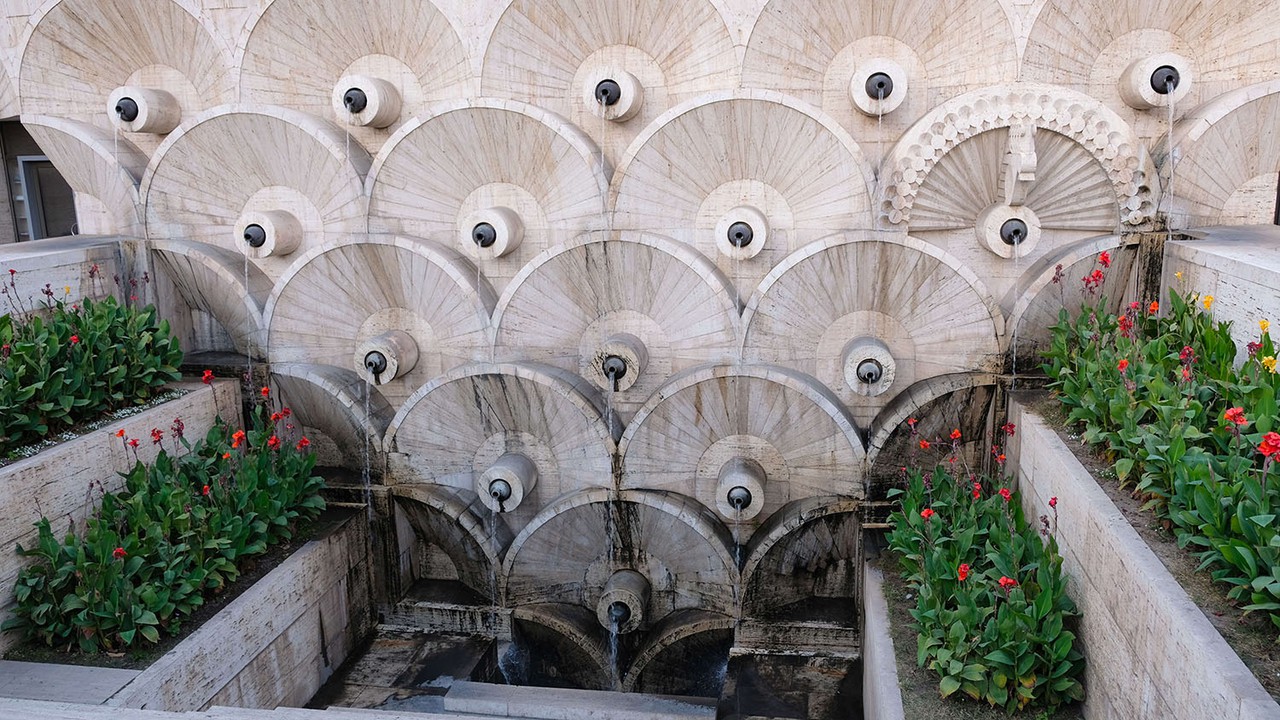 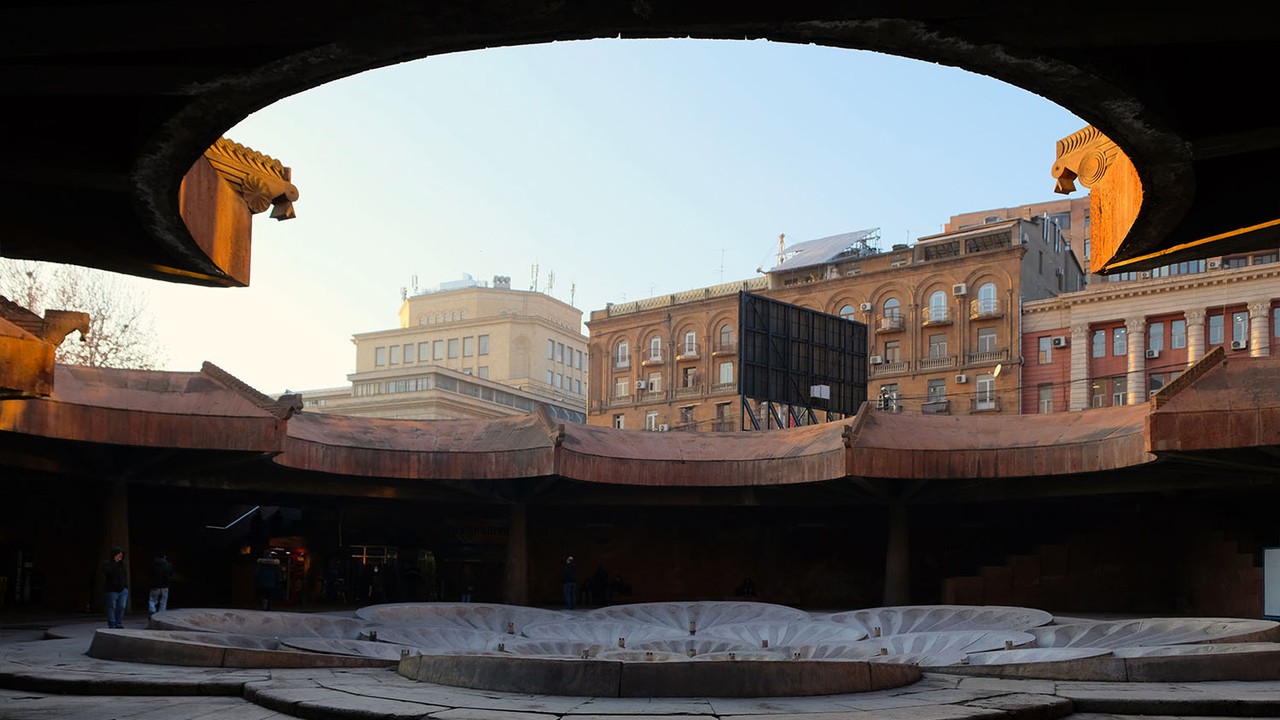 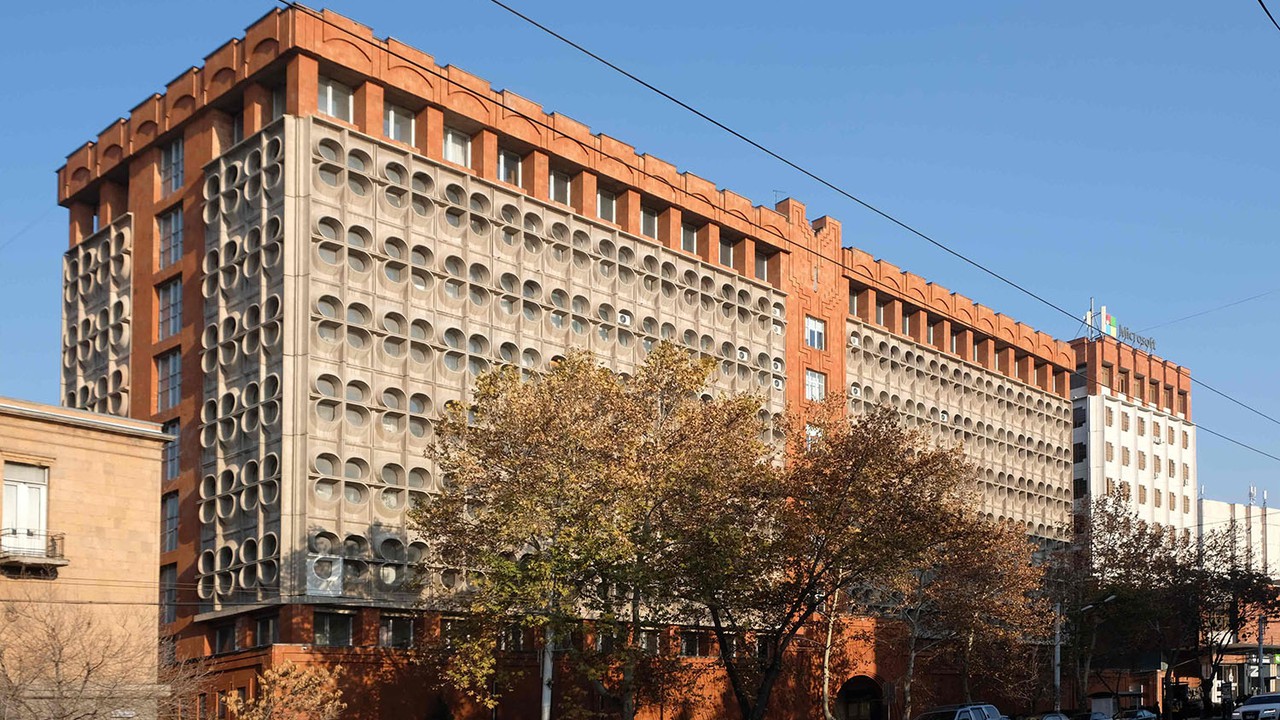 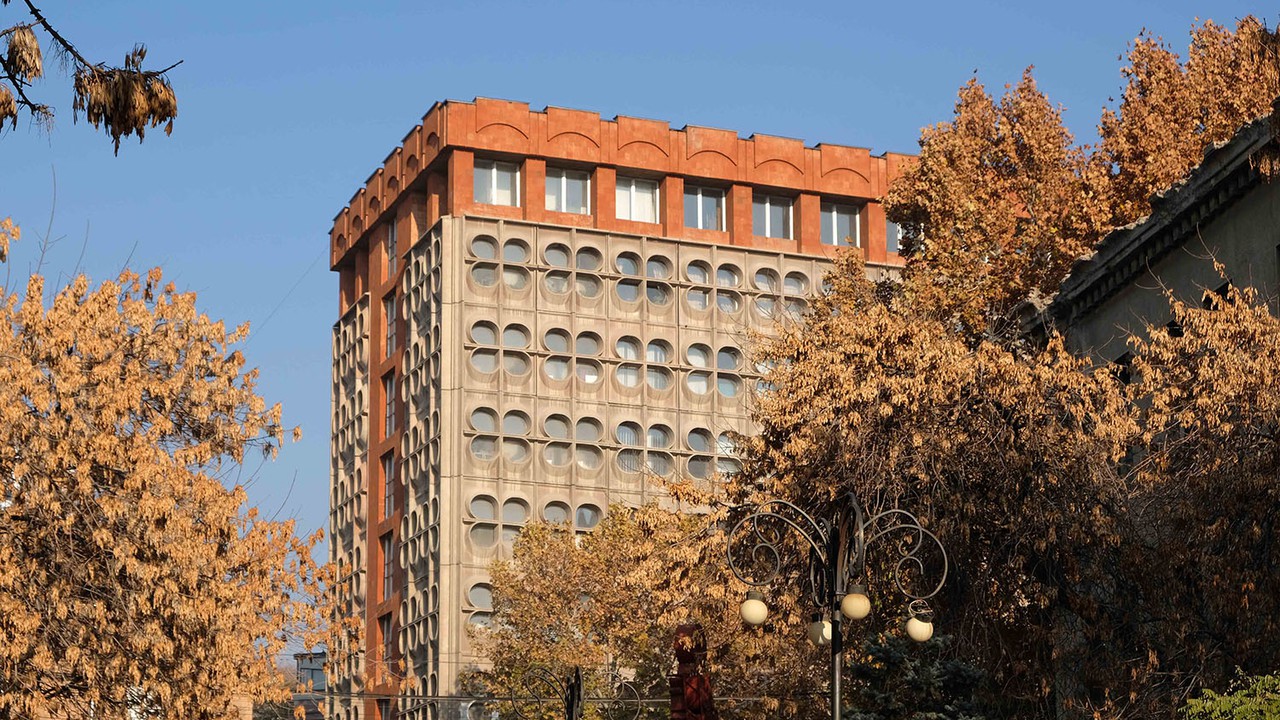 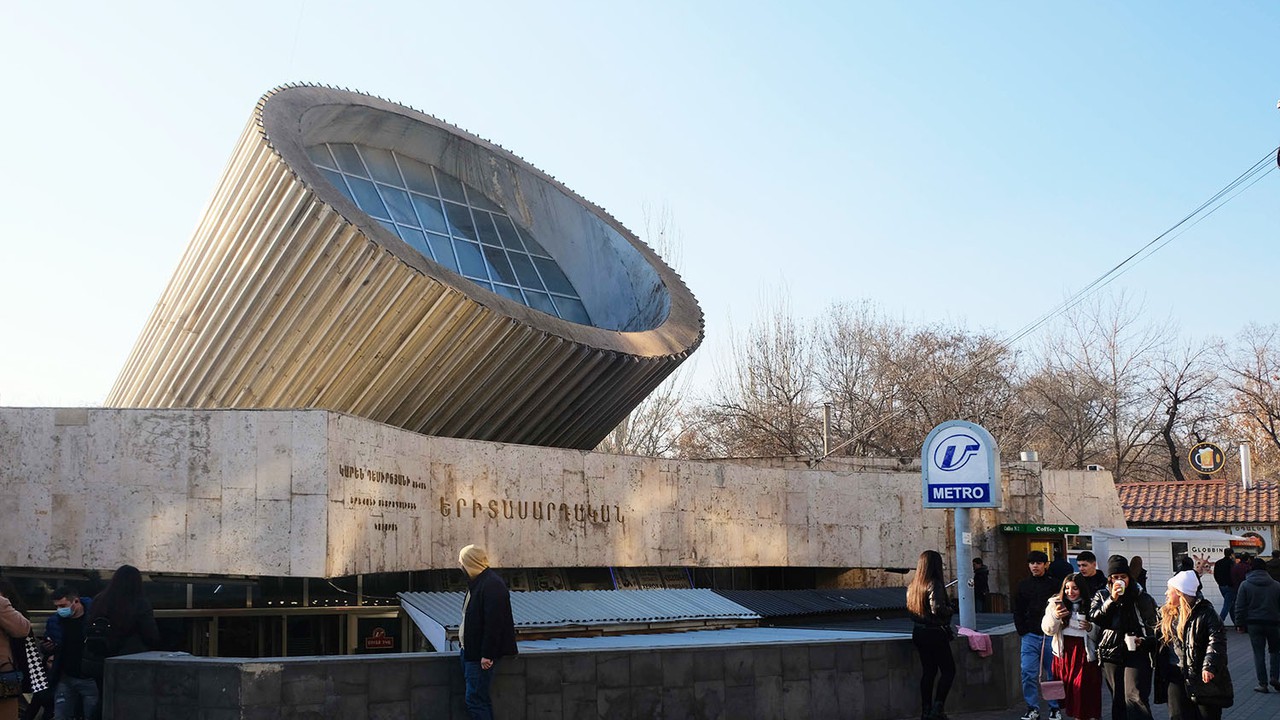 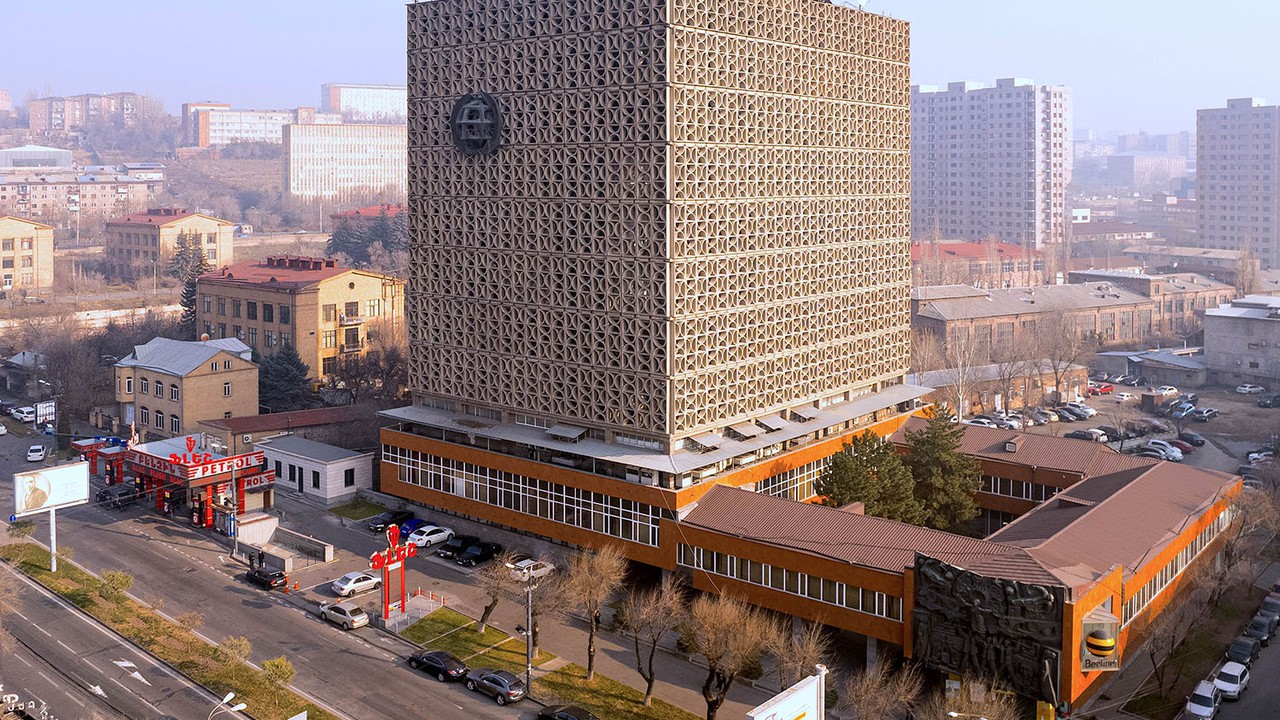 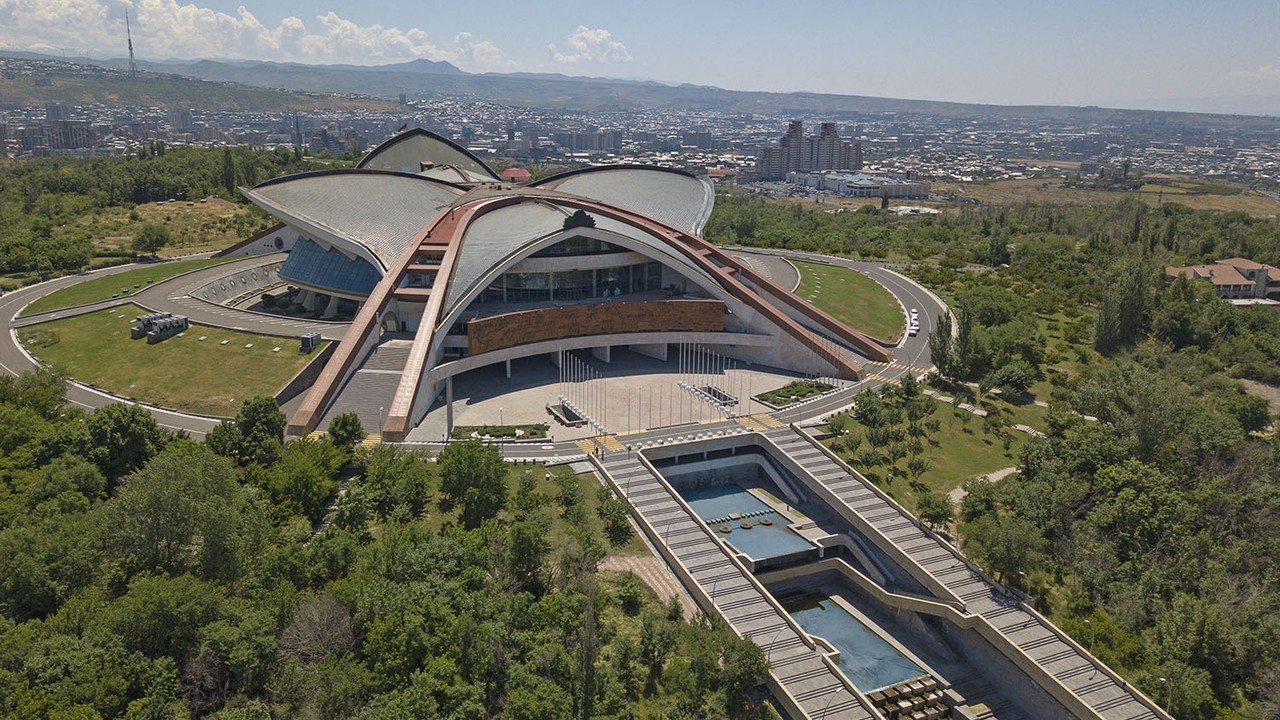 15 ENTERTAINMENT PLACES WITH THE MOST BEAUTIFUL VIEWS OF YEREVAN 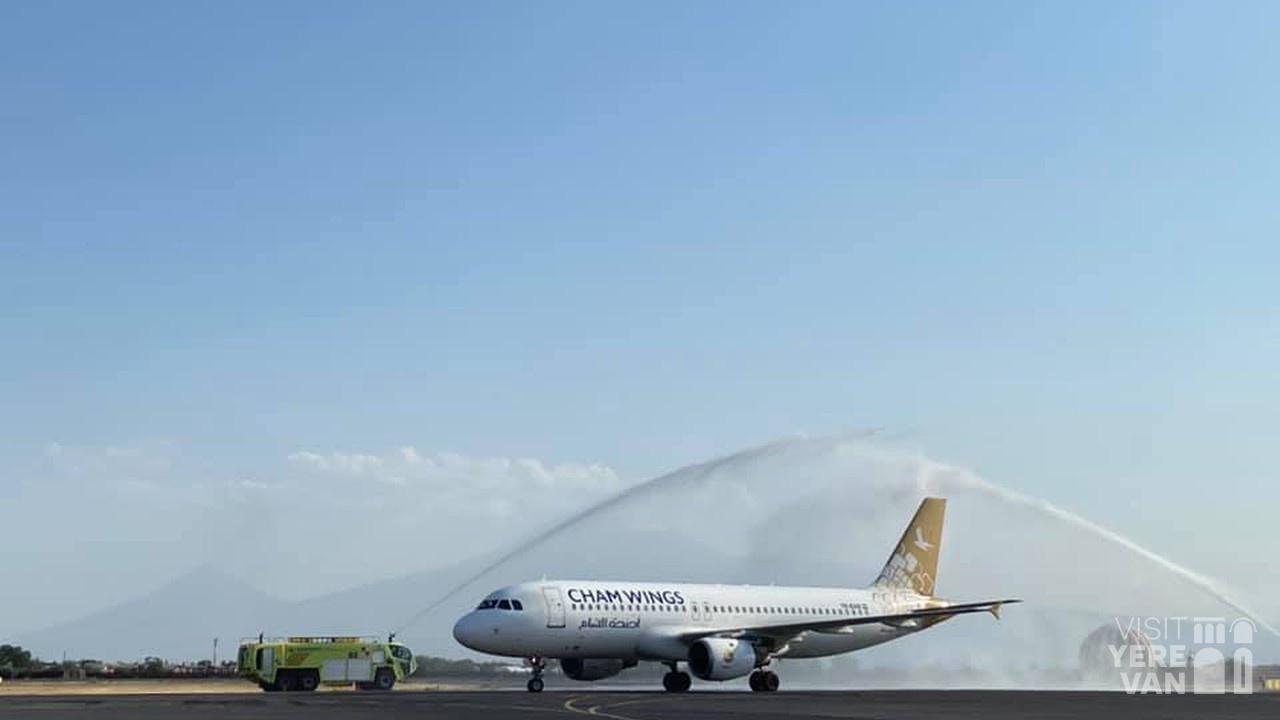