The results of the competition held in 2004 were summarized on September 27 2004 at the meeting of Yerevan Council and by the decision of the Council N 12/1 the flag of Yerevan was established as the symbol of the capital of the Republic of Armenia.

In accordance to the 10th article of the RA law "On local self-government in Yerevan" and by the decision of the Aldermen Council of Yerevan N85-N “On the symbols of Yerevan” dated 12.04.2010, the flag has the following description: the white background of the flag is chosen as a unified symbol of purity, clarity and chastity. The emblem of the city of Yerevan is depicted in the center of the flag surrounded by 12 red triangles that symbolize 12 historical capitals of Armenia.

The emblem on the flag is performed in apricot and bronze colors with the blue border line: the co-authors used the colors of the national flag in order to emphasize the metropolitan importance of the flag. The width and the length of the flag ratio is 1:2. Keeping the ratio between the length and the width flags of smaller or bigger sizes can be used.

The author of the emblem is Albert Sokhikyan. 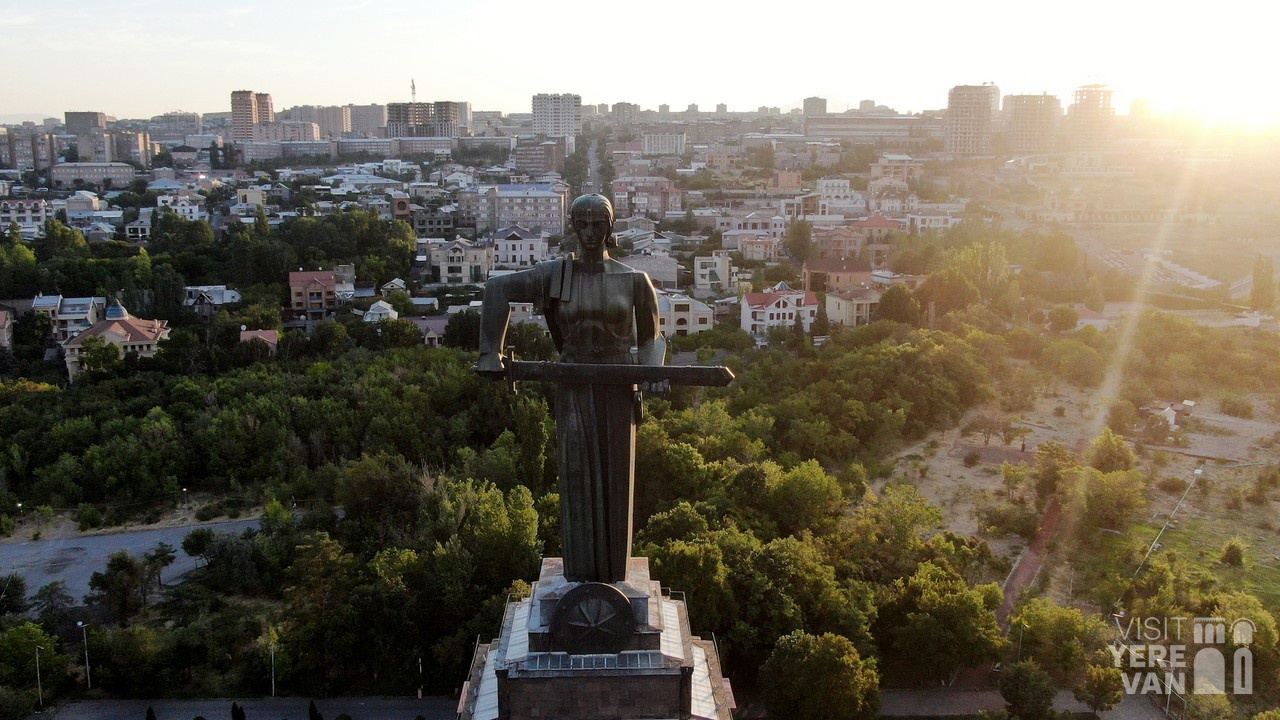