It is one of the most crowded and popular places in Yerevan. 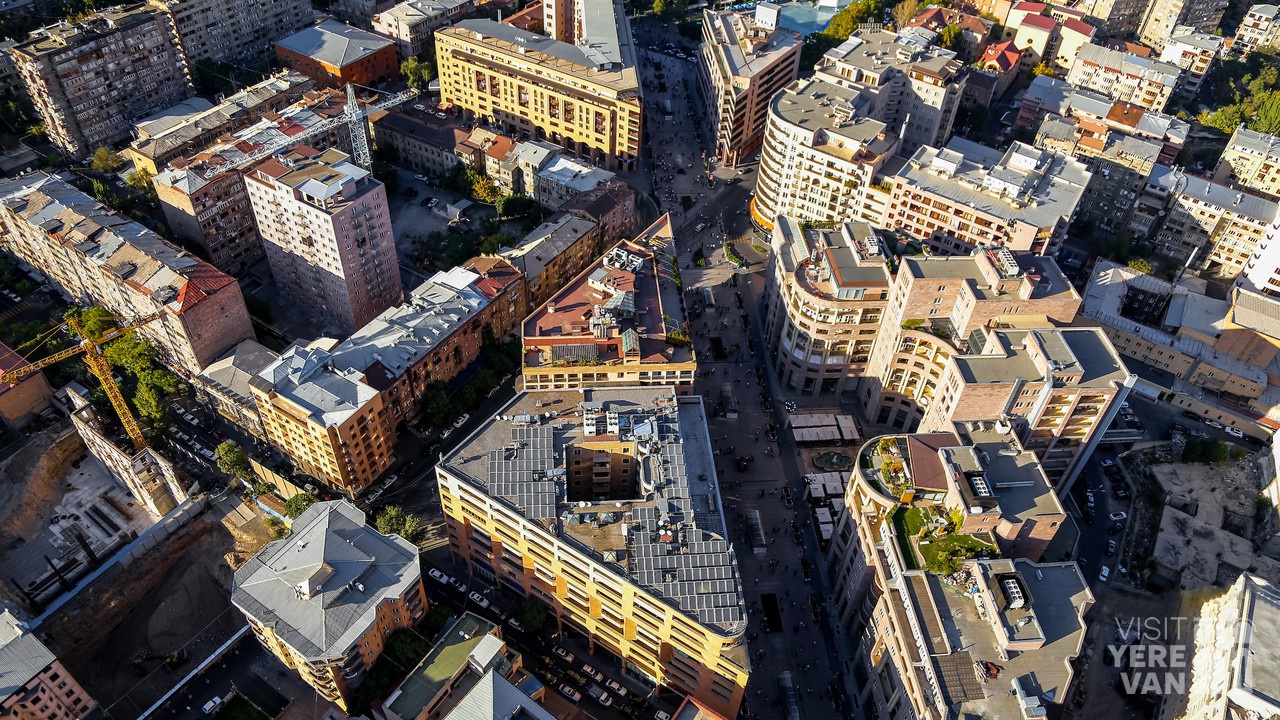 In the evenings Northern Avenue is brimming with life, energy, and crowds. And it's not surprising, since this connects the two most pedestrian streets – the only one in Yerevan important squares of the city: Republic Square and Freedom Square (the Opera).

The name of the avenue comes from the fact that it stretches north from Republic Square. Nowadays, it is hard to imagine that only a few years ago there was no Northern Avenue. Until the end of the 20th century, what is now Northern Avenue was a chaotic mass of one-story houses, shacks, and buildings of questionable quality made of scrap materials. Even so, the decision to construct Northern Avenue gave rise to a wave of debates among experts and a torrent of complaints from citizens. The avenue was an important part of the general plan of Yerevan, planned as far back as the early 20th century by architect Alexander Tamanyan. However, Tamanyan failed to implement the project, as did many others. Almost a century later, Northern Avenue was finally built.

In keeping with their character, the citizens of Yerevan grumbled quite a bit about the buildings that were being erected on Northern Avenue. They criticized both the style and the planning of the new avenue, and their criticism was often justified. Despite their complaints, people seem to have gotten into the habit of strolling down Northern Avenue as a favorite evening pastime. It takes only a few minutes to get from the Opera to Republic Square.

It's a great place to combine pleasure with business. Northern Avenue has quickly become one of the most important business centers in Yerevan. In the short time since it opened, a lot of offices have moved there, coexisting nicely with famous brand name boutiques. So shopaholics – especially brand-conscious ones – can find what they're looking for on Northern Avenue: clothes, shoes, accessories.

In the evening, the hustle and bustle of business life on Northern Avenue gives way to entertainment. Crowds fill its cafes and restaurants, stroll down the wide street, and sit on the benches to watch passersby. You'll come across street musicians, painters wandering mimes, and other creative people here on warm summer evenings.

All cell phone telecommunication operators have shops on Northern Avenue.

There is no shortage of places in Yerevan that have been established over the decades as landmarks, but because the city's modern history is relatively short, none of them have gained the prestige of more ancient city symbols. Northern Avenue falls into this category. In all likelihood, it will eventually be inextricably woven into the city's fabric as a major landmark, despite the grumblings of elderly Yerevantsis. After all, Parisians did eventually grow accustomed to the Eiffel Tower. 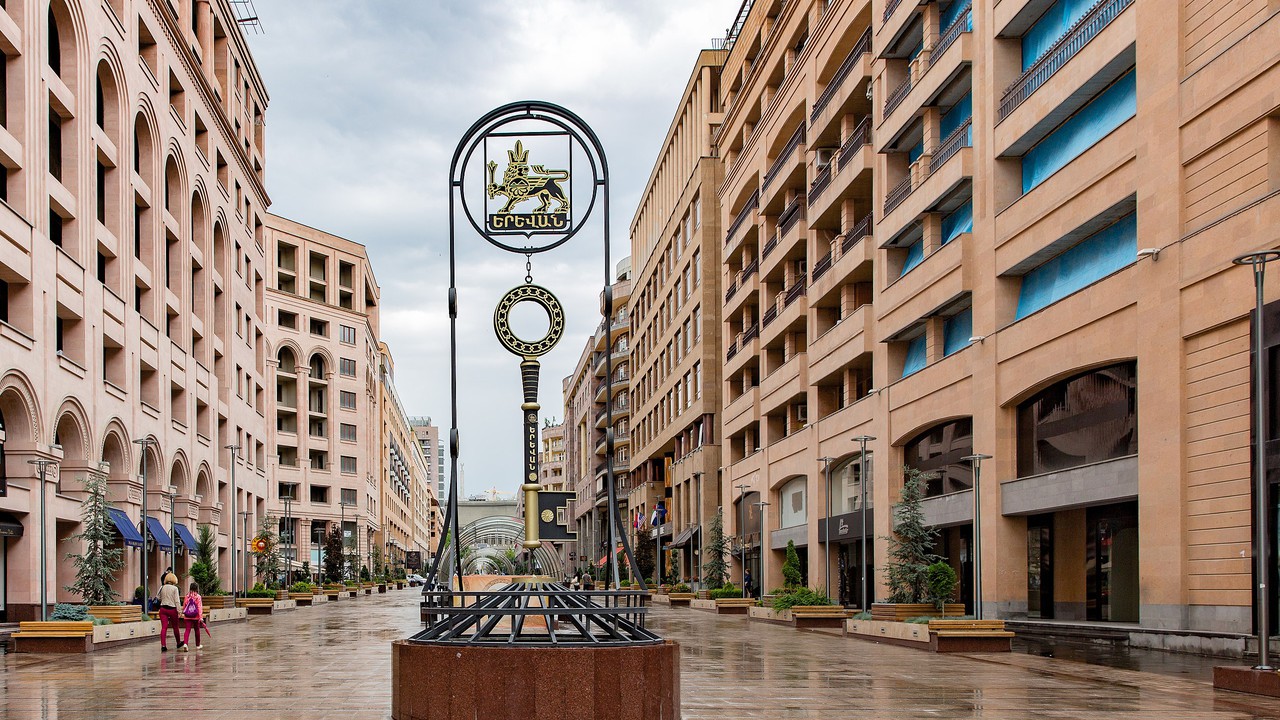 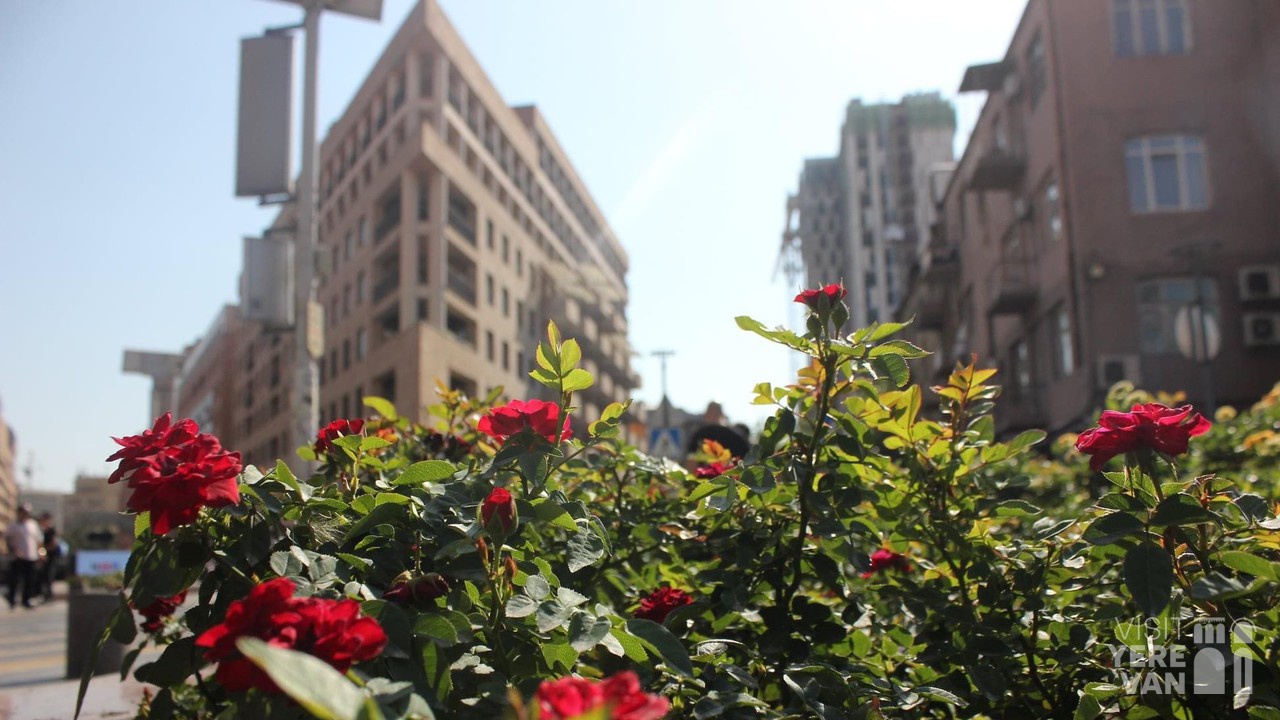 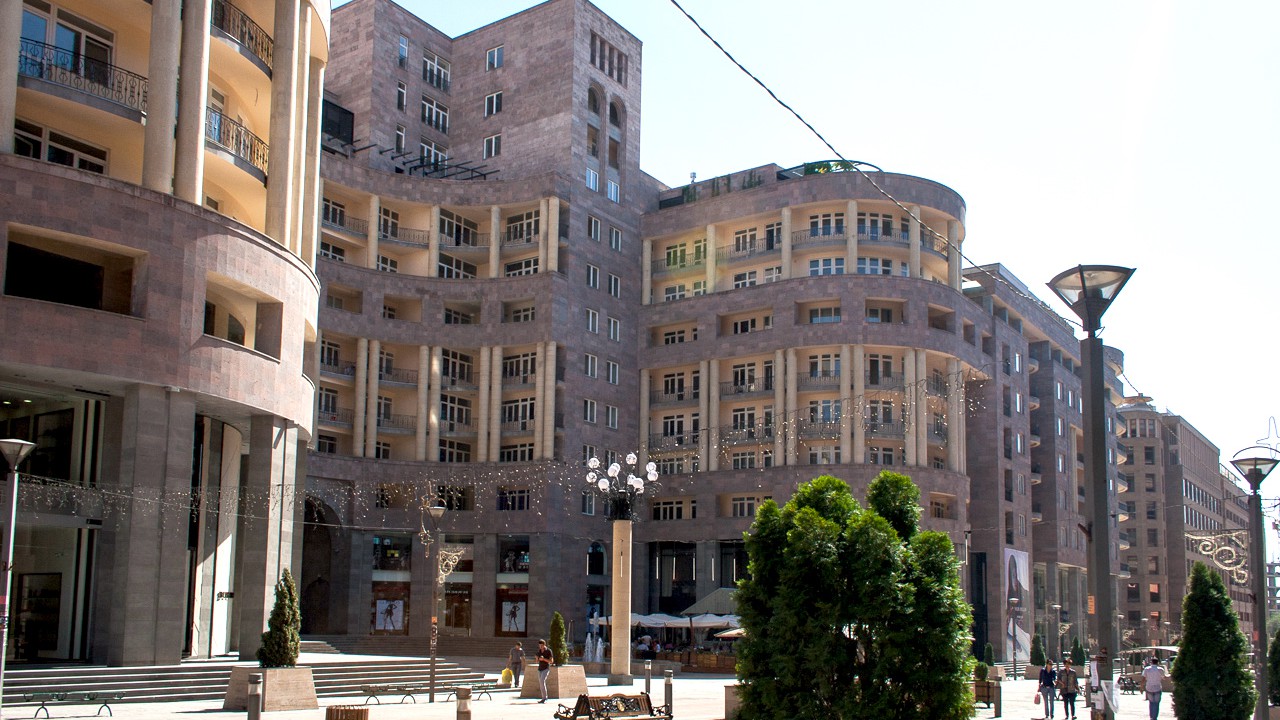 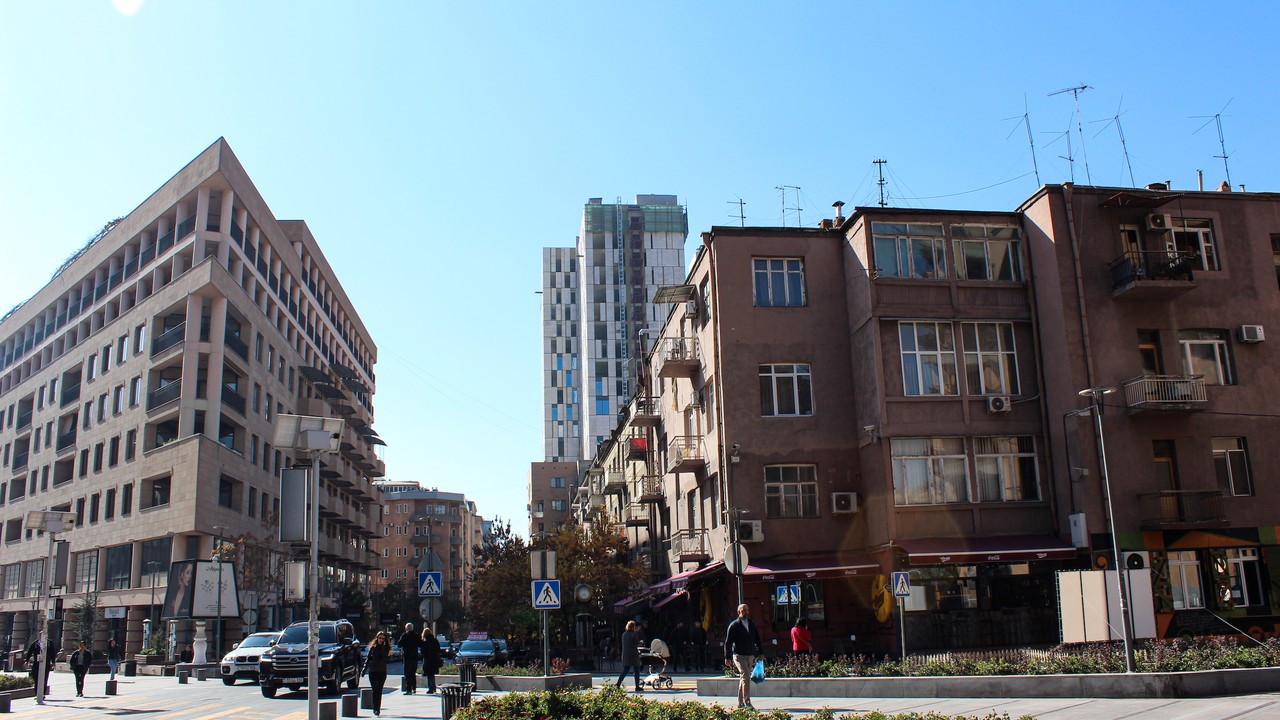 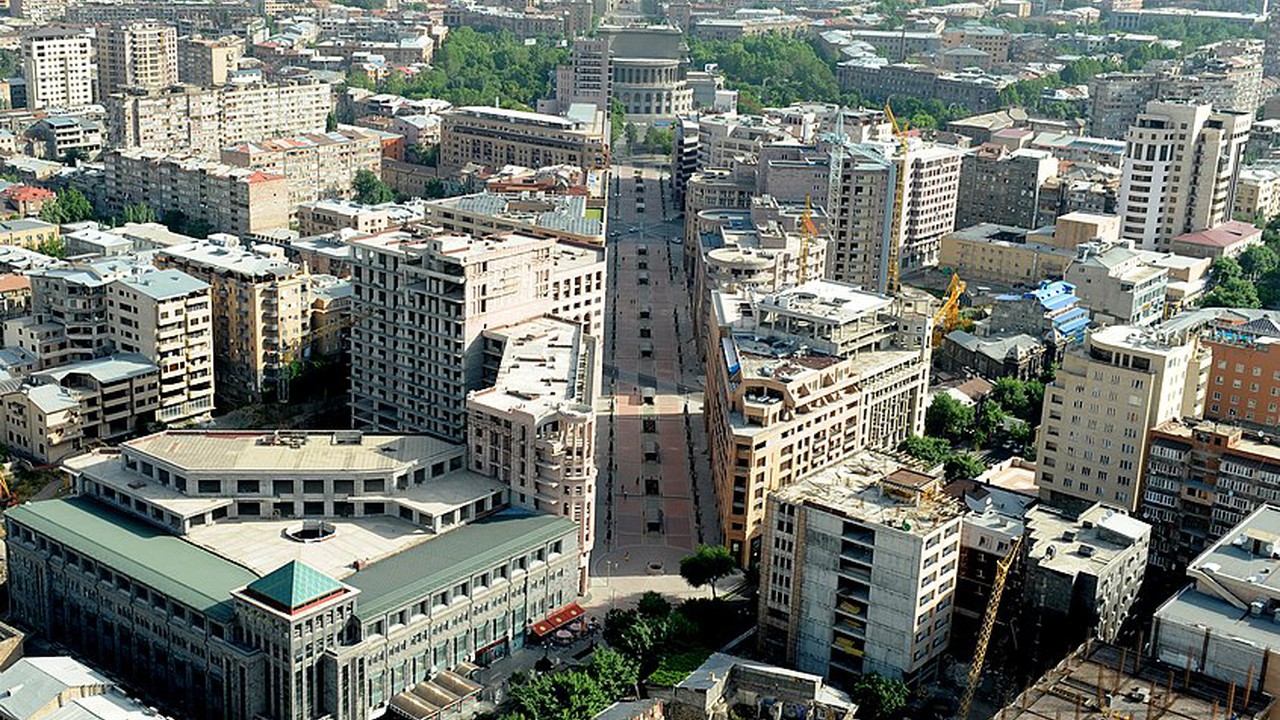 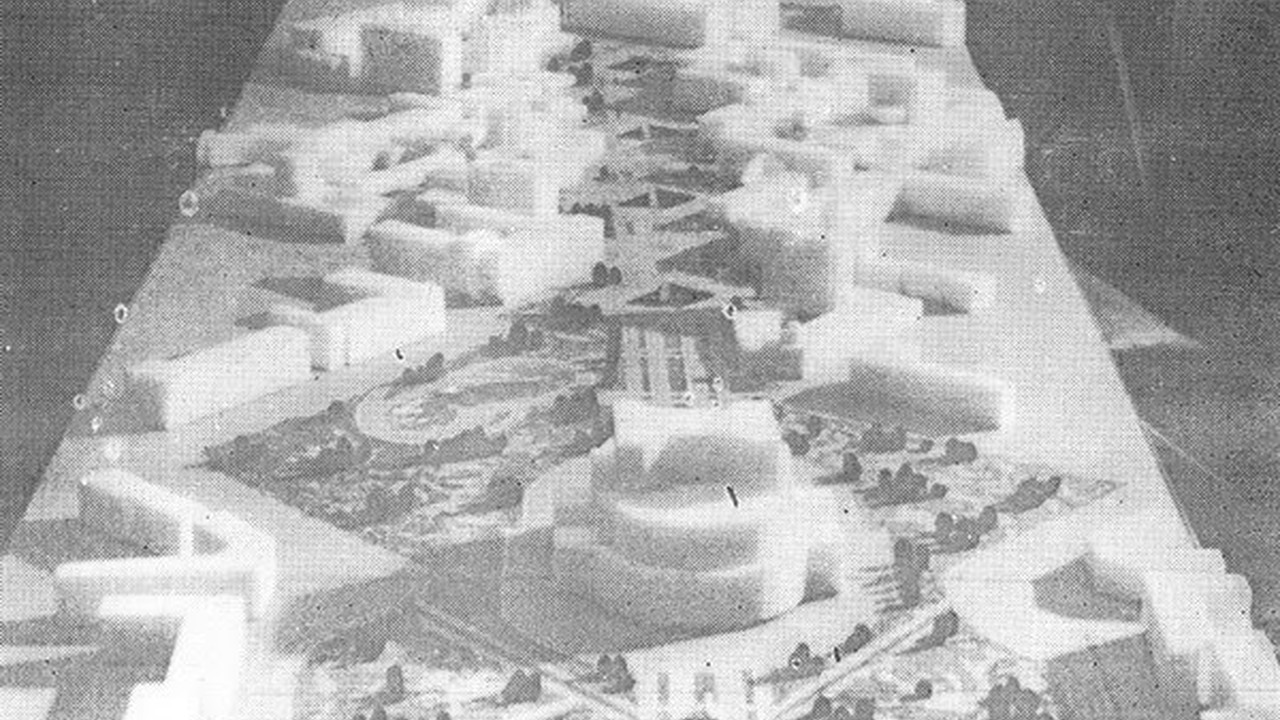 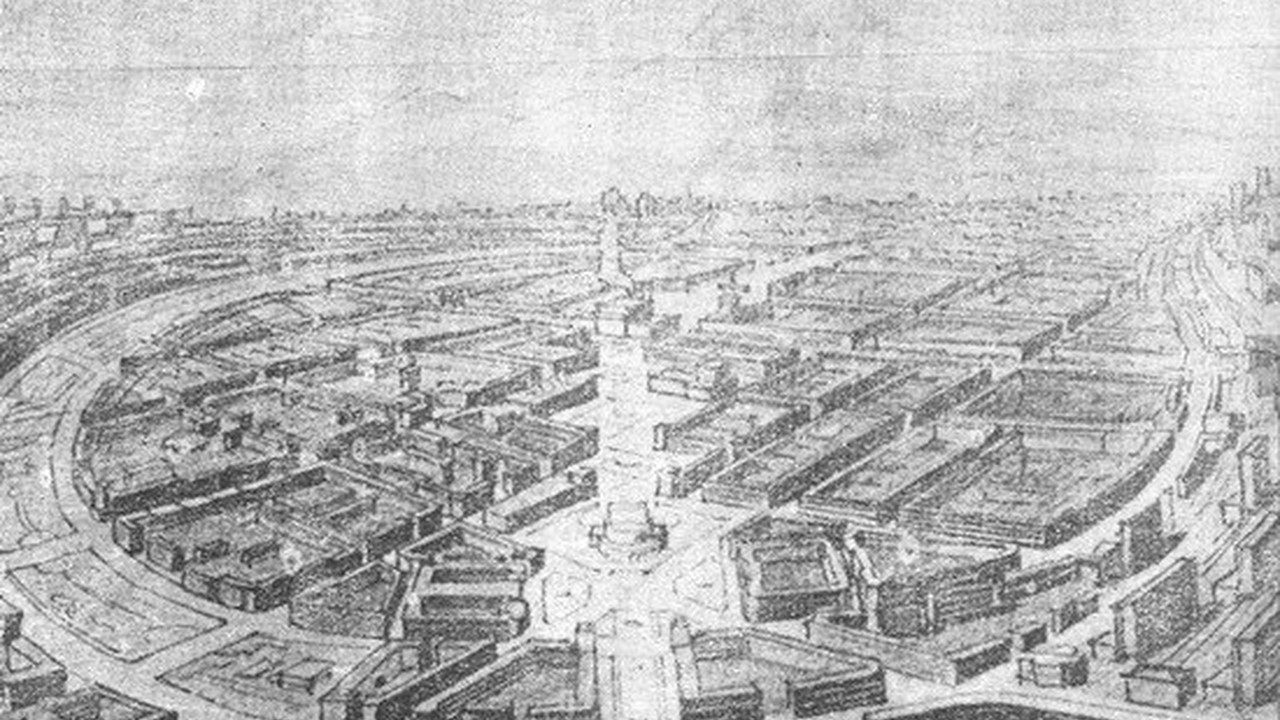 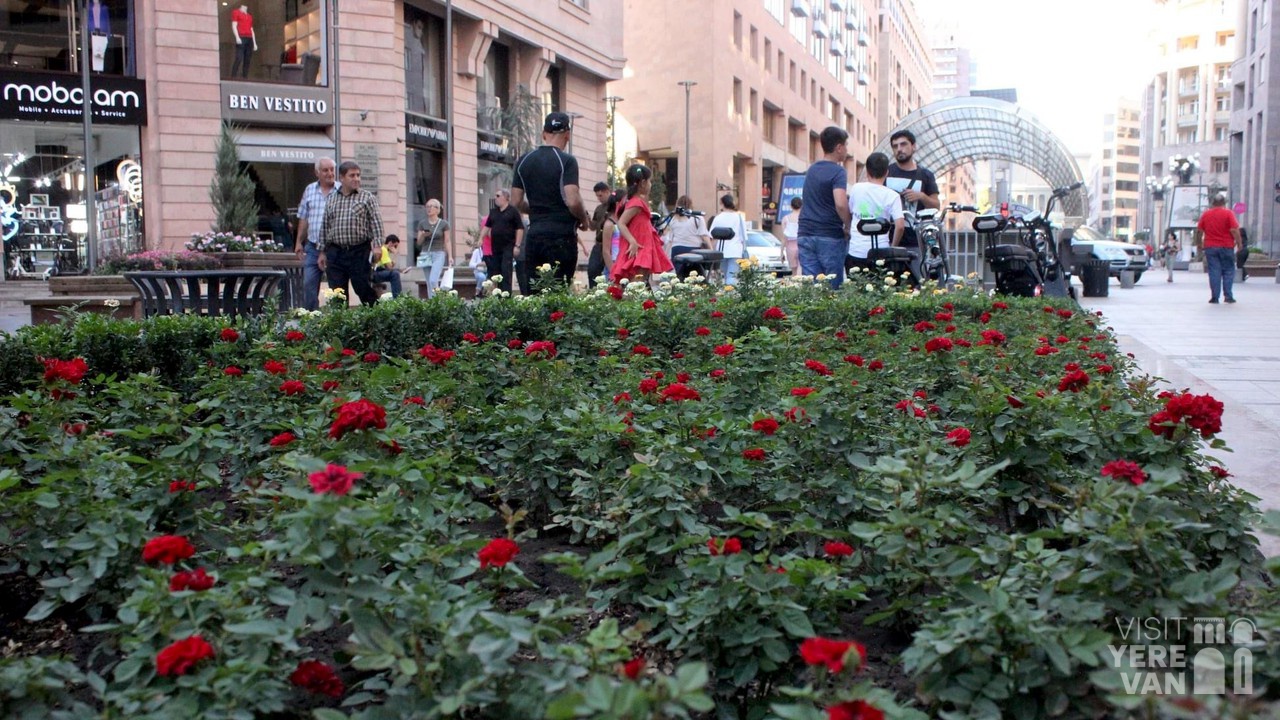 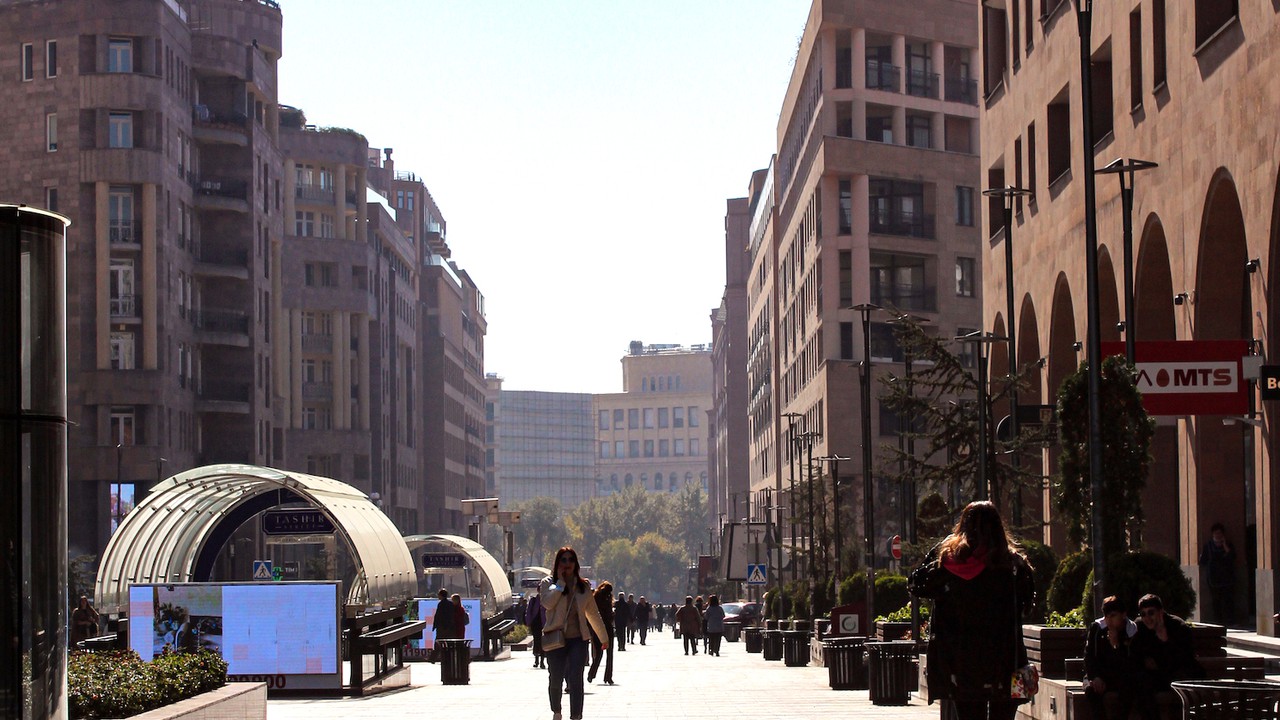 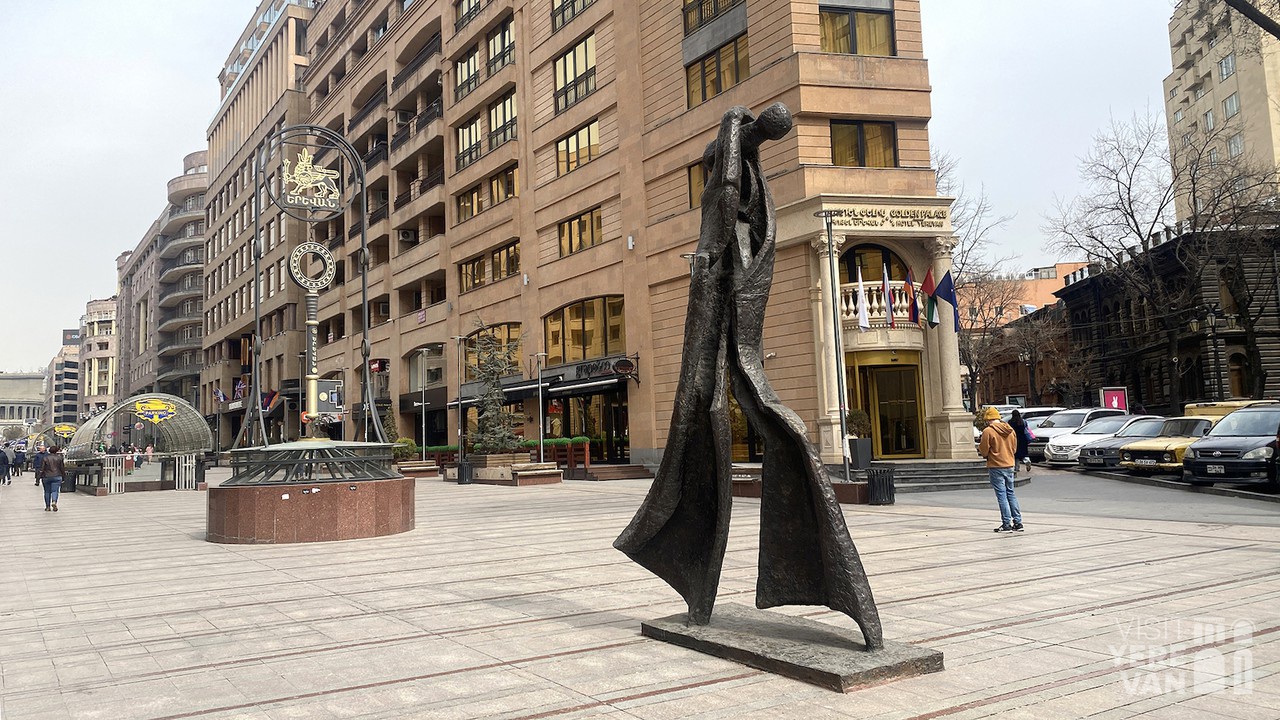 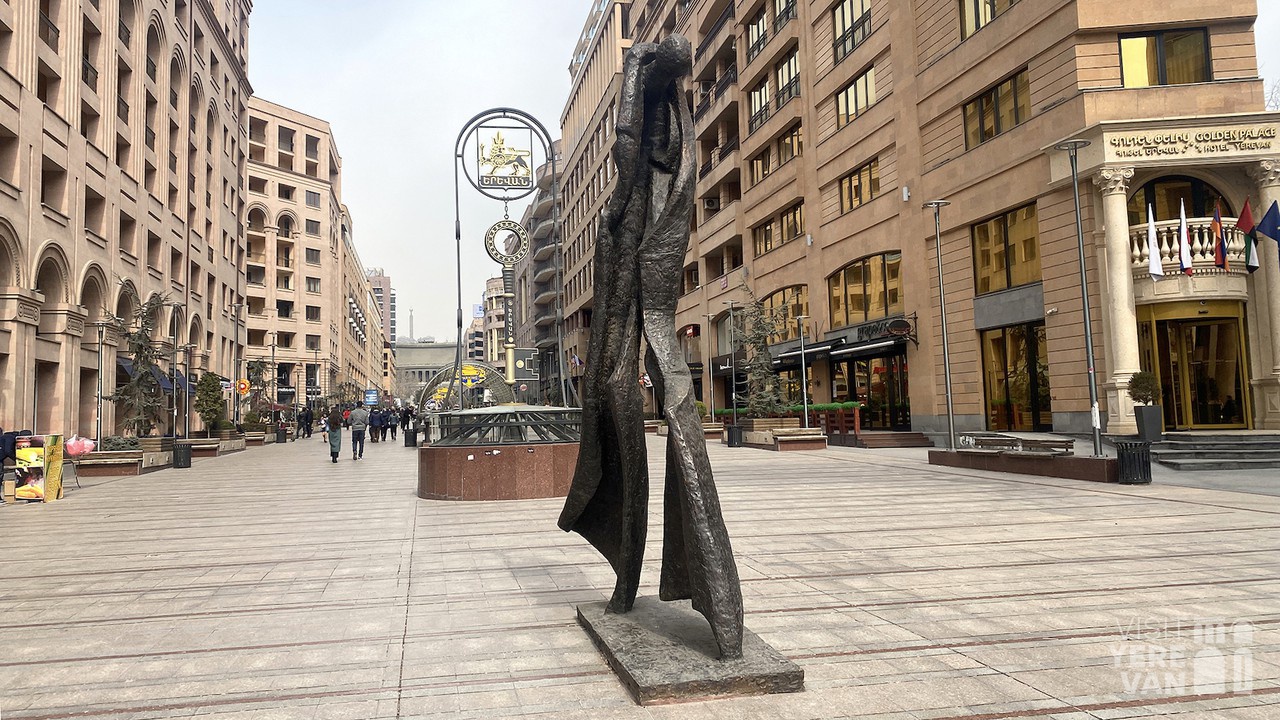 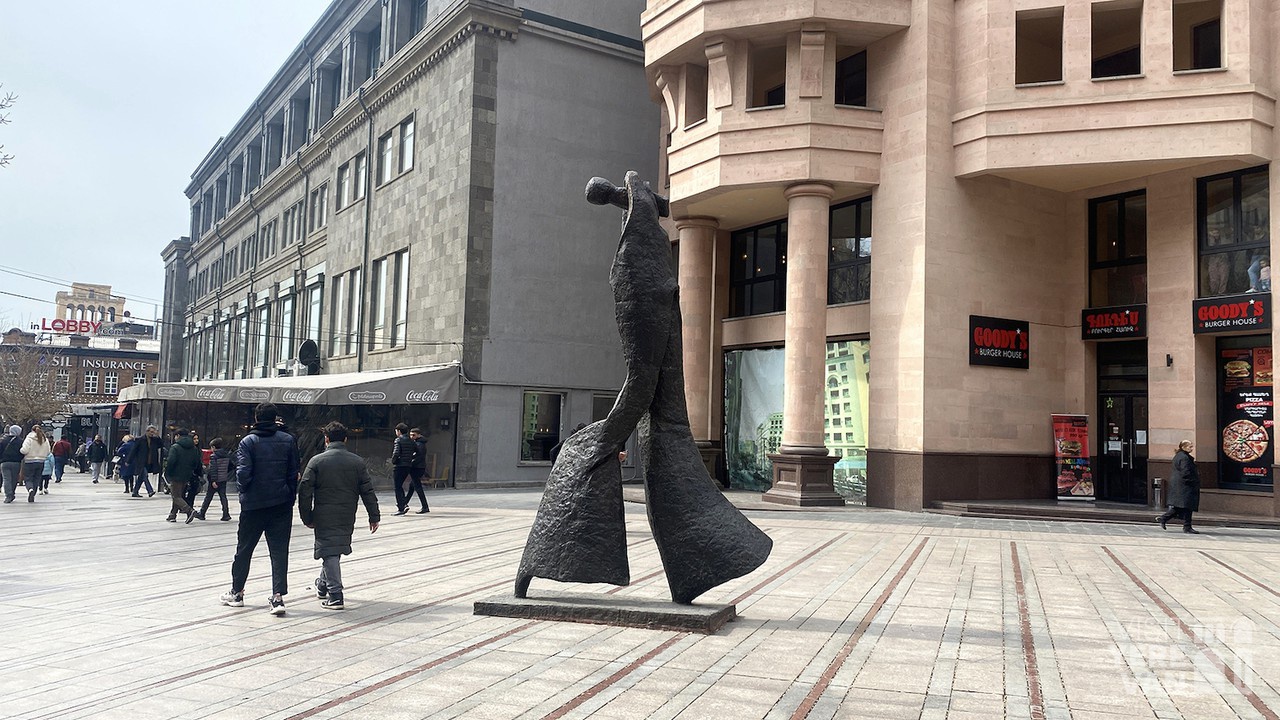 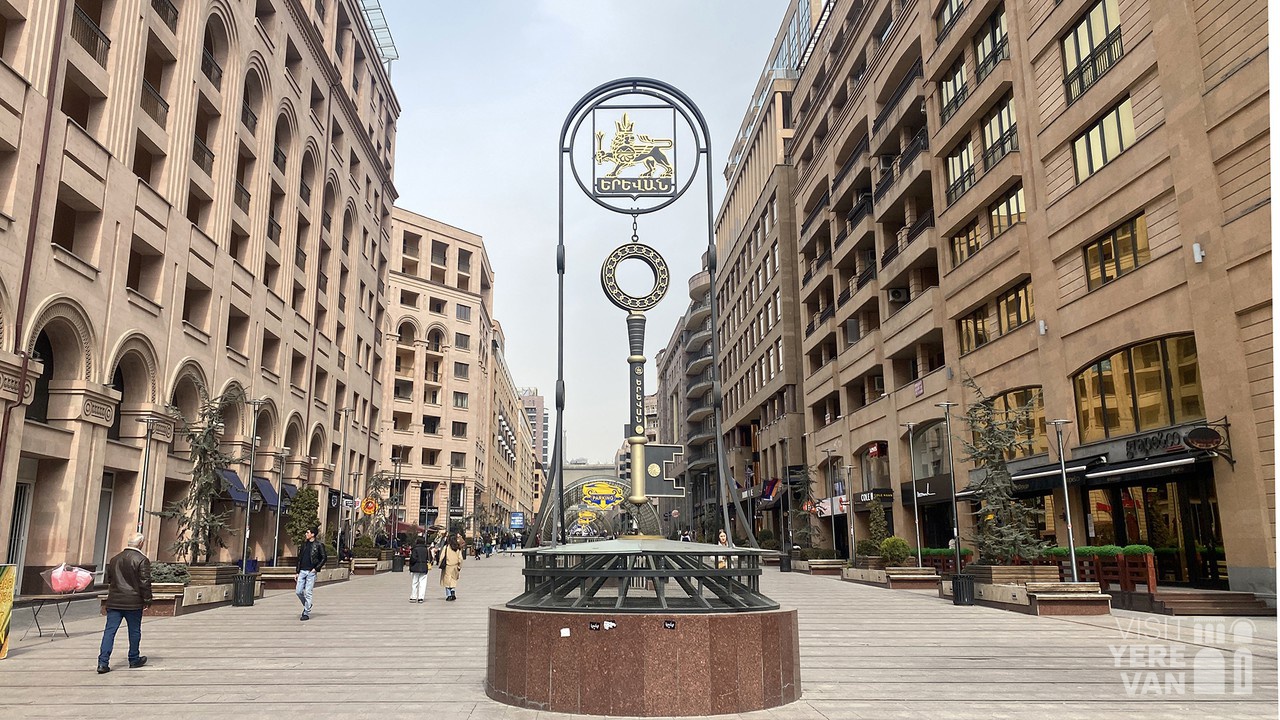