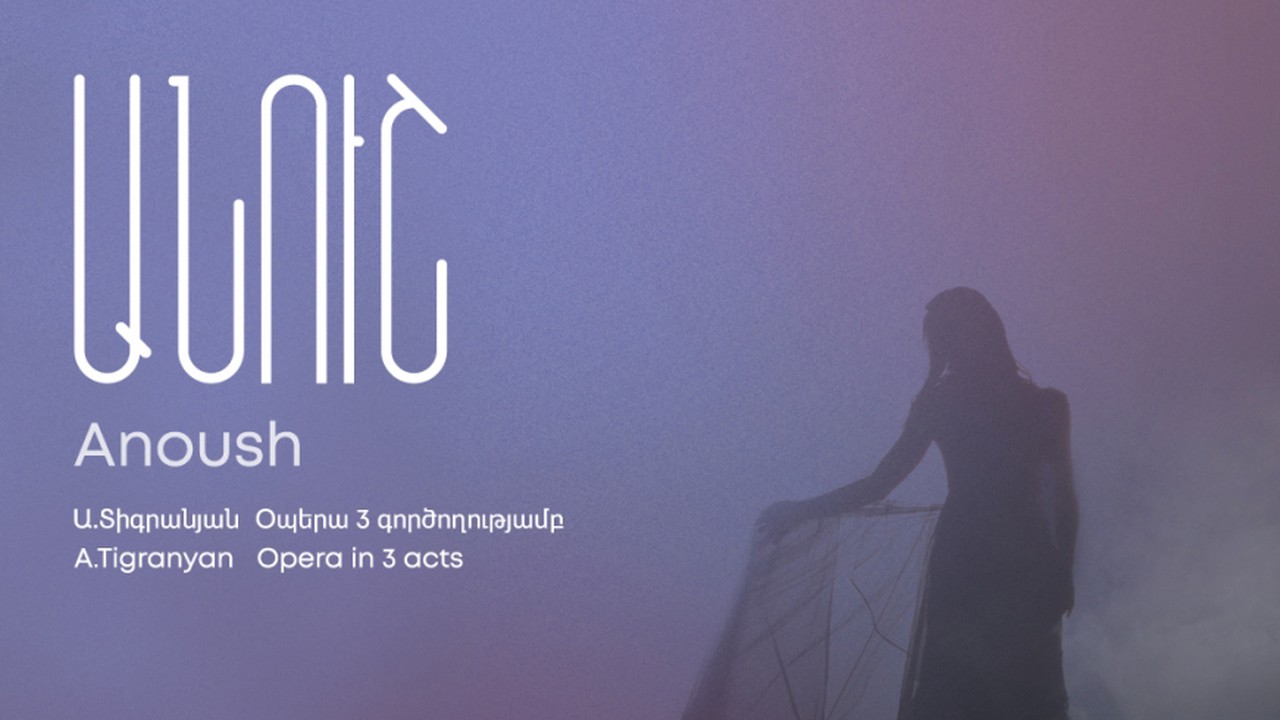 Armen Tigranyan's "Anoush" opera in 3 acts. It is based on the poem of the same name by Hovhannes Tumanyan. Originally composed in 1912, it was first performed in Alexandropol, but it had to wait until 1935 for its full professional staging at the Armenian National Opera Theater. The opera has special importance to Armenian musical history as one of its most significant accomplishments. Being a work of national character, "Anoush" was the first opera truly inspired by Armenian folk music and culture, and it is perhaps the most popular Armenian musical and theatrical work. The opera is about the tragedy of a peasant girl (Anoush) whose short love affair ends in loss and death because of conflict between her lover (Saro) and her brother (Mossy).