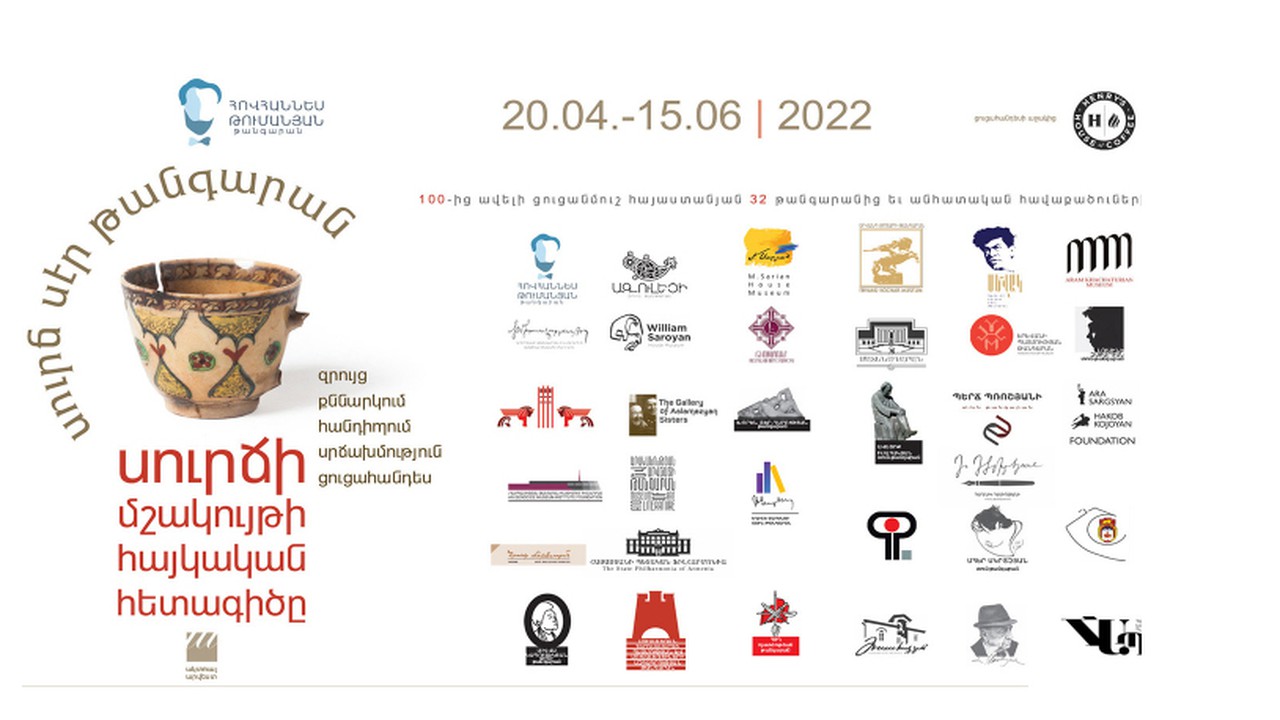 The Armenian Trajectory in Coffee Culture

Hovhannes Toumanian Museum has brought together around 100 exhibits from 32 Armenian museums, foundations, as well as individual collectors. The exhibition presents coffee-time and coffee drinking traditions of Armenians from the 18th century through the 1960s of the 20th century.


The exhibition was based not only on Armenian sources and archives of Armenian museums, but also on the studies of a number of world scientists and the archives of various scientific organizations.

The exhibition will be open from April 20 to June 15.